Chantalle Ng has reunited with her childhood friend a mere two days after she posted to Instagram for help in locating him.

On June 13, 2022, the Mediacorp actress posted to her Instagram Stories (IGS), asking followers if they remember him, hoping to get his contact.

Ng, 26, is not sure if Xiao still remembers her, but is nonetheless keen to reconnect and see how he is doing.

She has been on this mission for years, Ng added. 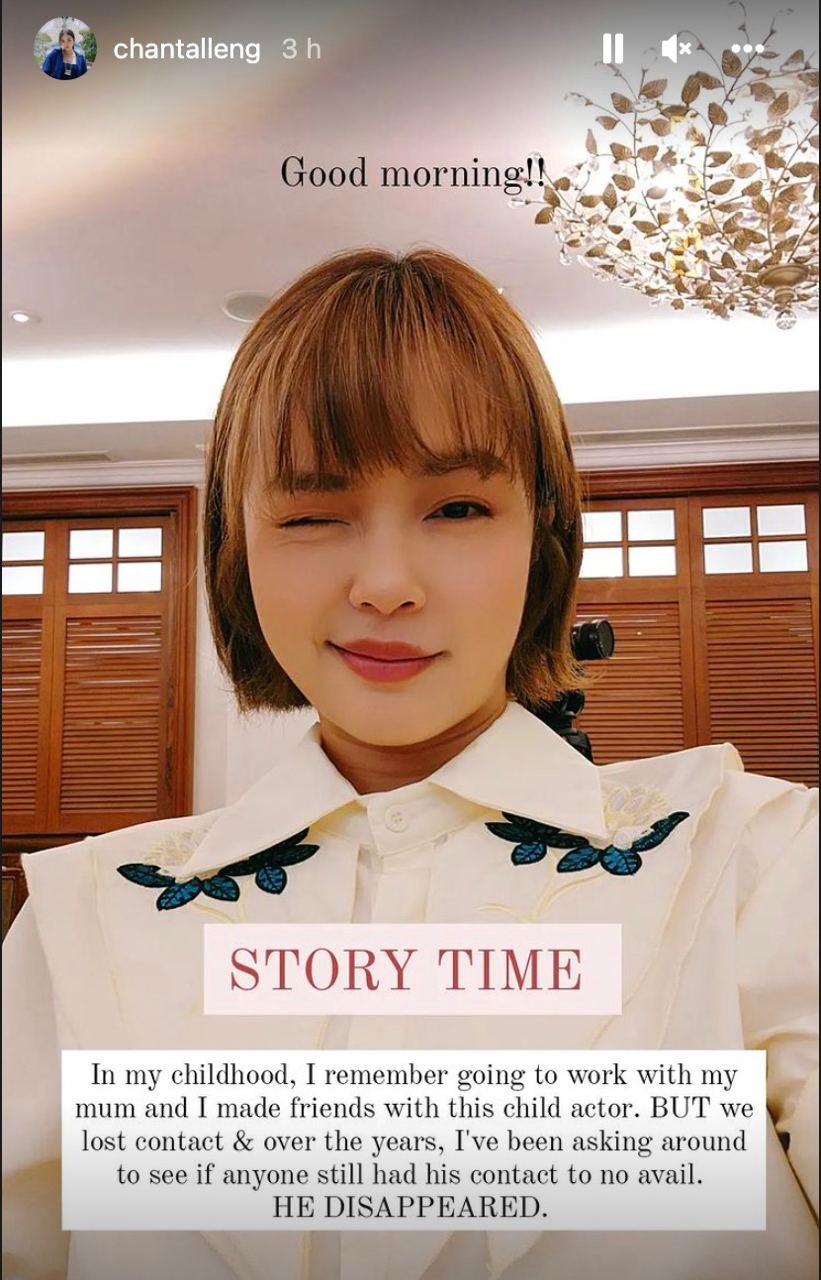 Just two days after the appeal, Ng provided an exciting update for her followers: she managed to hunt Xiao down.

In an IGS uploaded on the afternoon of June 15, Ng said,

"So a few days ago I asked you guys to help me look for my childhood friend. And I got his contact. I'm going to meet him now. Felicia [Chin] is there as well. I'm very nervousssssss. And I'm running a bit late so, see you late-"

Here's the moment of reunion (squealing not heard in gif form):

Ng added in a post that she met Xiao as a child, when she followed her mum, actress Lin Meijiao, to work on set.

However, they eventually lost contact, which led to feeling Ng feeling "so sad", especially when she had few friends to begin with (disclaimer: her words, not ours :p).

When she started working in the entertainment industry in her teens, Ng attempted to ask around for Xiao, but no one seemed to have his contact.

But a feeling came over Ng to try again a few days ago, which led her to post on Instagram.

According to the actress, Xiao is currently in the corporate sector, and has decided to keep a low profile since (although we imagine this episode has derailed his plans a little). 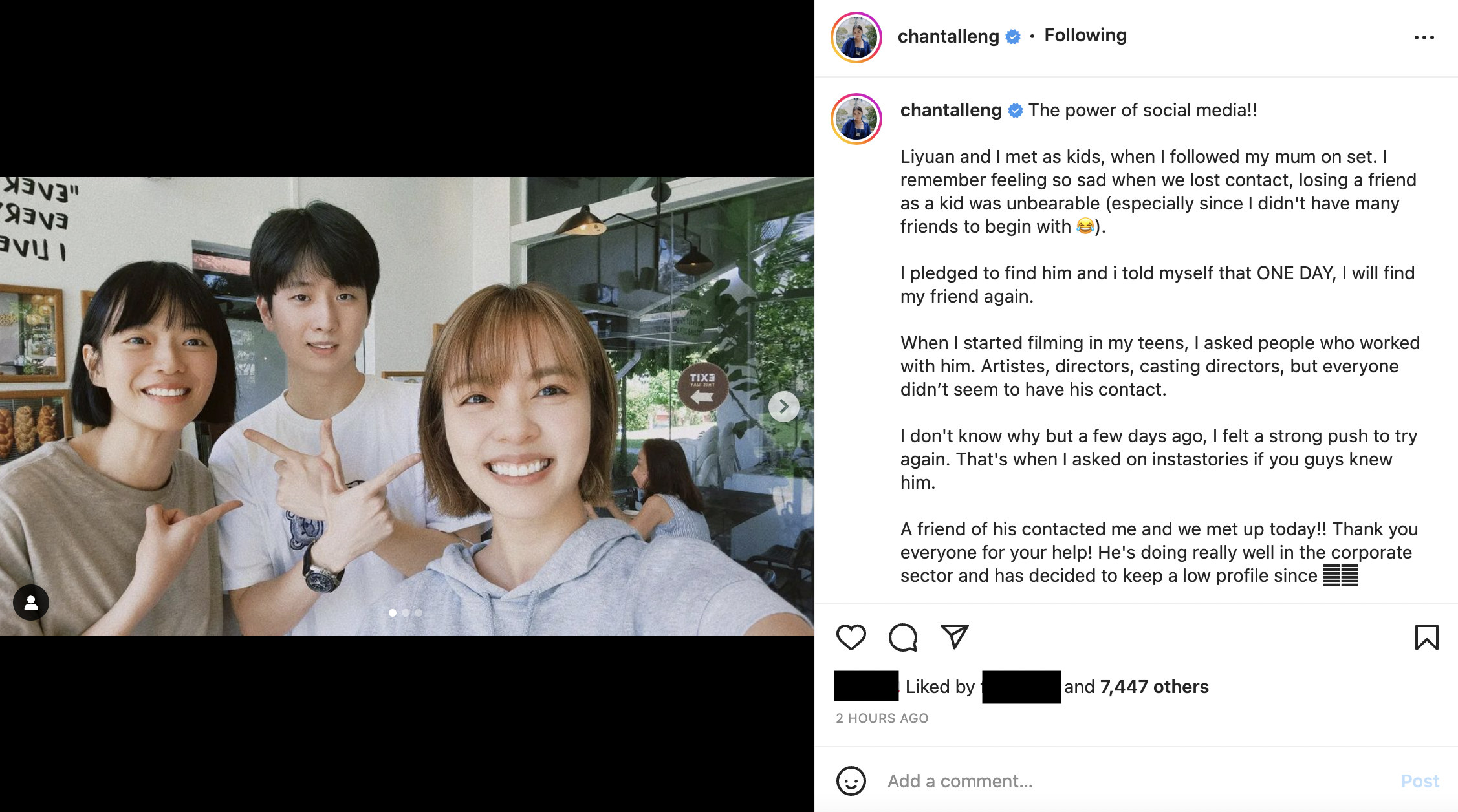