A 71-year-old man was found dead in a yellow ComfortDelGro taxi at North Bridge Road.

The Singapore Police Force (SPF) told Stomp that they were alerted to a case of unnatural death at around 6:05pm on Jun. 23.

The man was found "lying motionless" at 10 North Bridge Road. He was pronounced dead at scene by a paramedic.

Tan referred to him as Cabby Goh and said: "We were deeply saddened to learn about the sudden passing of Cabby Goh on Jun. 23."

Videos of the incident circulating online

A stationary vehicle was seen parked along the side of the road near the entrance to the open air car park in front of Block 10 North Bridge Road.

Two police cars were at the scene with several police officers seen attending to the incident.

Three police officers were seen carrying the deceased man out of his taxi in a video put up on the Singapore Incidents Facebook page. 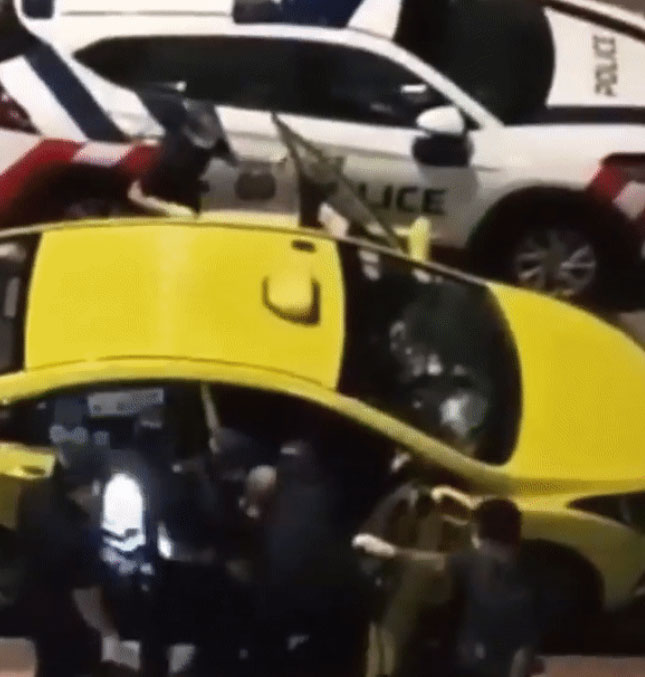 According to Stomp, the body was lowered onto a white plastic sheet and it appeared to be stiff.

In another video of the incident, the area where the taxi had stopped was cordoned off, and the yellow car was covered in a white plastic sheet.

Based on preliminary investigations, SPF said they do not suspect foul play.

Top image screenshot of videos from Imgur and Singapore Incidents/Facebook