Singaporeans had a longer-than-average weekend from Apr. 30 to May 3 due to Labour Day and Hari Raya Puasa.

With less travelling restrictions in place, one of the top places to visit Bangkok, to no one's surprise.

Singaporean TikTok user @nylofni, who was travelling to Bangkok from Singapore on Saturday (Apr. 30), documented the crowds of Singaporean travellers at both cities' airports.

A video showed the situation at one of the boarding gates in Changi Airport.

The user's caption read: "Is the whole of SG flying to Bkk over the long weekend?"

Text on the video indicated that the flight was for a Saturday journey from Singapore to Bangkok. The gate appeared to be full of people waiting to board the flight, with almost all seats at the gate occupied.

A quick scan indicated that it was mostly younger people travelling. One person who claimed to have taken the same flight commented that the flight was "full house".

Another user added that they saw many passengers at the airport that day who were also travelling to different countries.

After arriving at the Bangkok airport, the user captured just how bad the queues were after her flight landed. 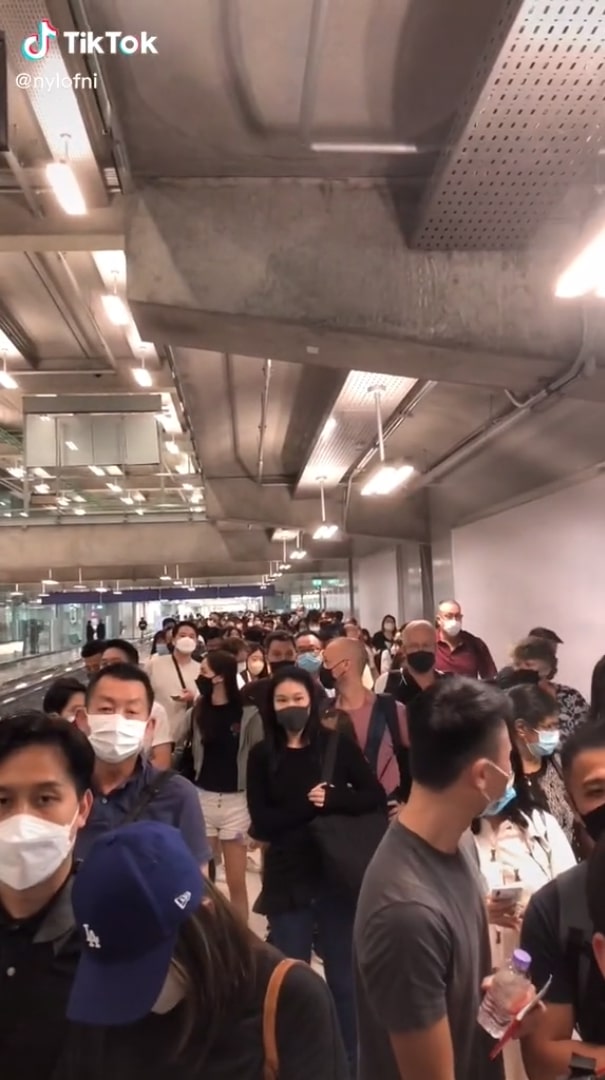 The user wrote in the caption that her Saturday was spent stuck queueing at the Bangkok airport.

The walkways at the airport leading to the immigration counters appeared to be fully packed with travellers. 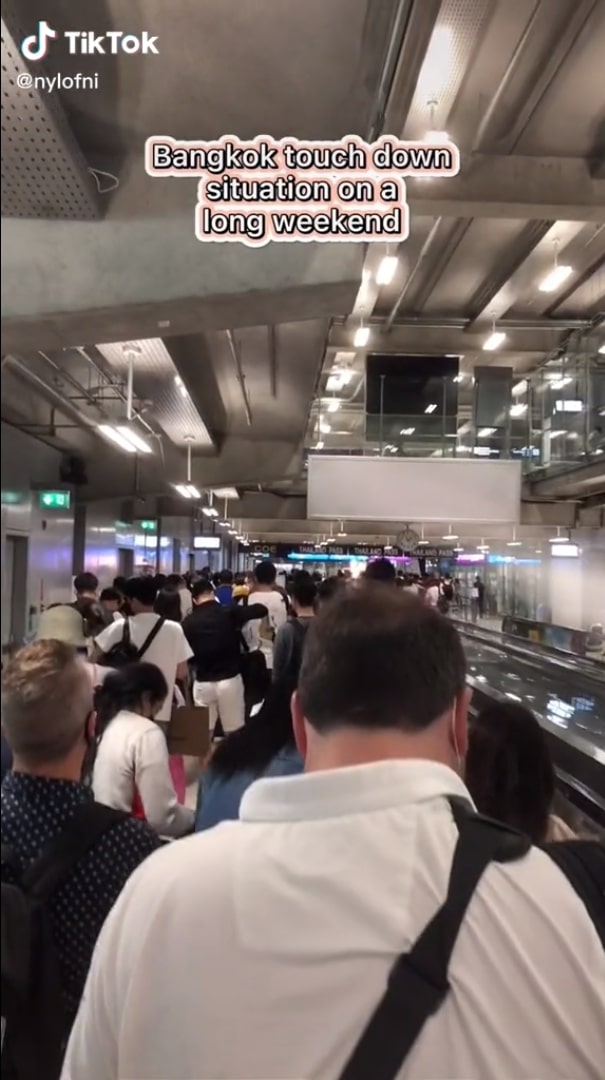 The longer queues at the Bangkok airport were likely due to a previous requirement for vaccinated travellers visiting Thailand to undergo a Covid-19 test on arrival, and then serve a brief quarantine at a hotel while waiting for the test results.

These requirements were removed on May 1, unfortunately for those in the video who had arrived in Thailand just a day earlier on Apr. 30.

The TikTok user also captured the traffic jam she encountered on her way from the airport to her hotel. 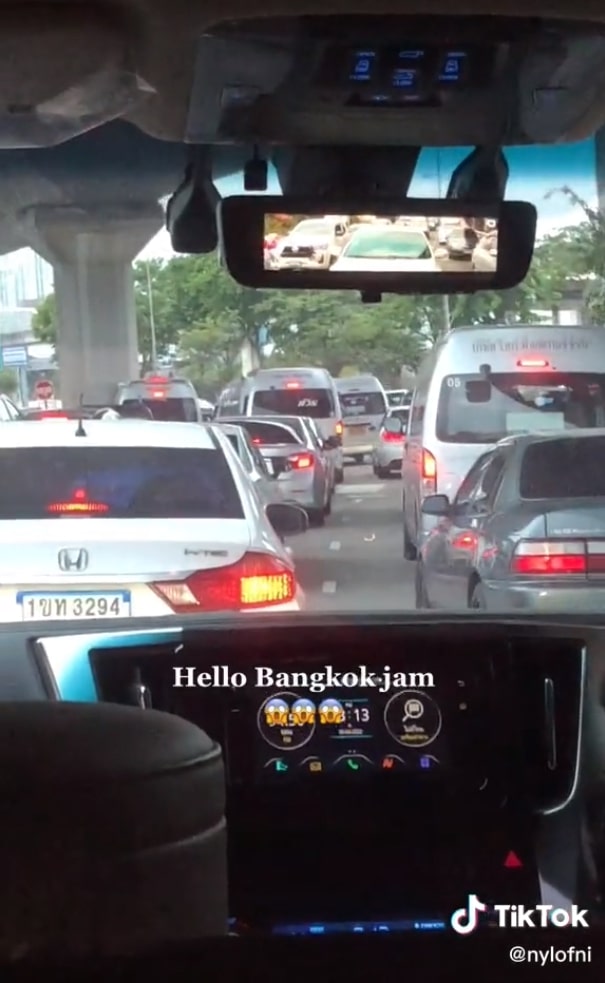 Singapore has also relaxed Covid-19 restrictions for fully vaccinated travellers, as they no longer need to take pre-departure Covid-19 tests to enter Singapore from Apr. 26.