In the quagmire of legal proceedings between Johnny Depp and Amber Heard, Singapore has been mentioned in court.

Depp, 58, is suing his ex-wife for defamation in a US$50 million (S$68 million) suit, after she authored a Washington Post op-ed accusing him of domestic violence.

An Instagram post of Depp and Heard in Singapore's Raffles Hotel has since been used by Depp's team as a piece of evidence in court.

Here is the photo, uploaded on May 20, 2022 by Singaporean photographer Russel Wong, who hashtagged #justiceforjohnnydepp in his caption. 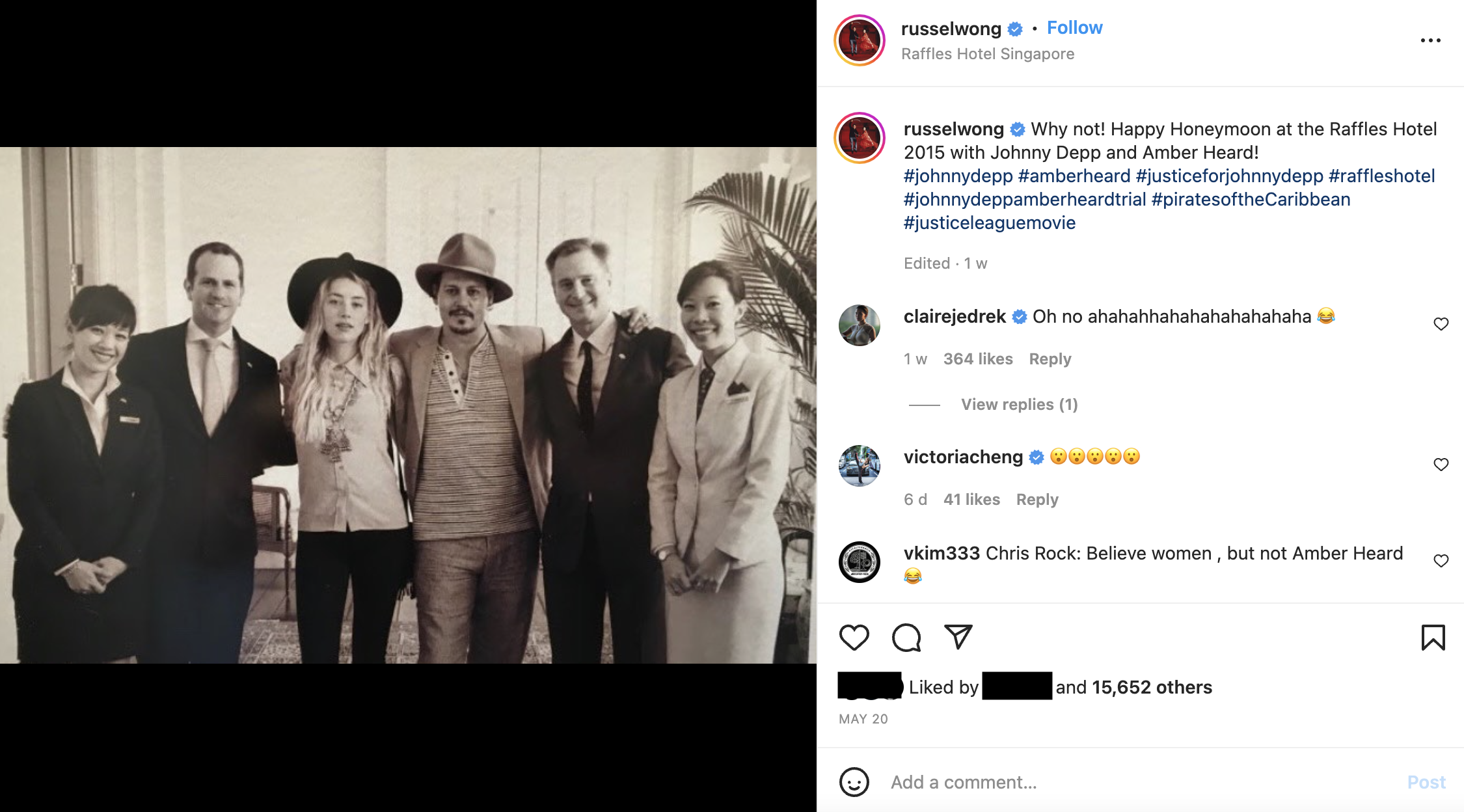 Wong, a Hollywood figure who has shot the likes of Richard Gere and Tom Cruise, also counts publications such as Time, New York Times and Los Angeles Times as his clients.

Another of Wong's career highlights is his publicity images for Ang Lee's "Crouching Tiger, Hidden Dragon" and "Lust, Caution" movies.

A closer look at the photo:

According to The Straits Times, the photo was used to counter Heard, who claimed that Depp had photoshopped bruises on himself in an earlier, different photo taken on the Orient Express.

The former couple was photographed with three other people on the train ride from Bangkok to Singapore in July 2015, The New York Post reported. 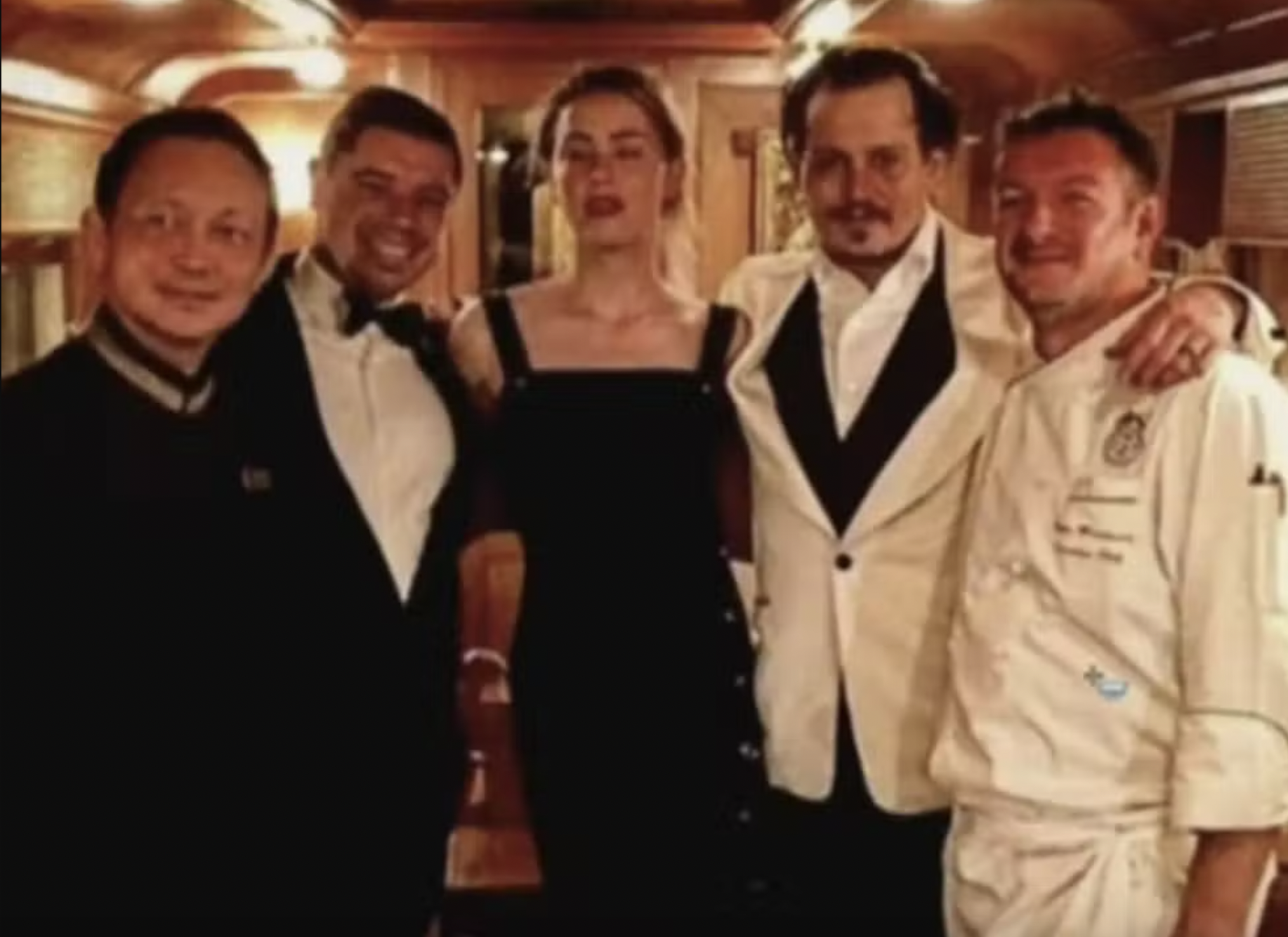 How the photo made it to court

In another post on May 28, Wong explained how the Raffles Hotel photo had made it to court.

The photographer first clarified that he was not the one who shot the photo, as many had mistaken it to be so.

Rather, he had been "triggered" when he heard that Heard had accused Depp of photoshopping his bruise in the Orient Express photo, prompting him to recall and search for the photo of the actors in Raffles Hotel.

"I searched on the net that evening and found many blogs that featured it and noticed that same bruise on his face as the train shot," Wong said.

He then shared it to Instagram without expecting anything, merely wanting to "set the record straight".

But things quickly took a turn.

"In an hour, I was contacted by Johnny’s lawyers and team and that’s how it happened! Seeing my post on TV and hearing Johnny Depp read the text I wrote is still very surreal to me."

At the time of his post, Wong thanked the person who saw his post and notified Depp, adding that he had no idea who took the photo.

The mystery, however, has since been solved: a marketing intern named Tan Li Tong was the one who captured the shot.

She was 20 when she took the shot.

She continues to work as a photographer, specialising in events and portraits, the biography on her website states. 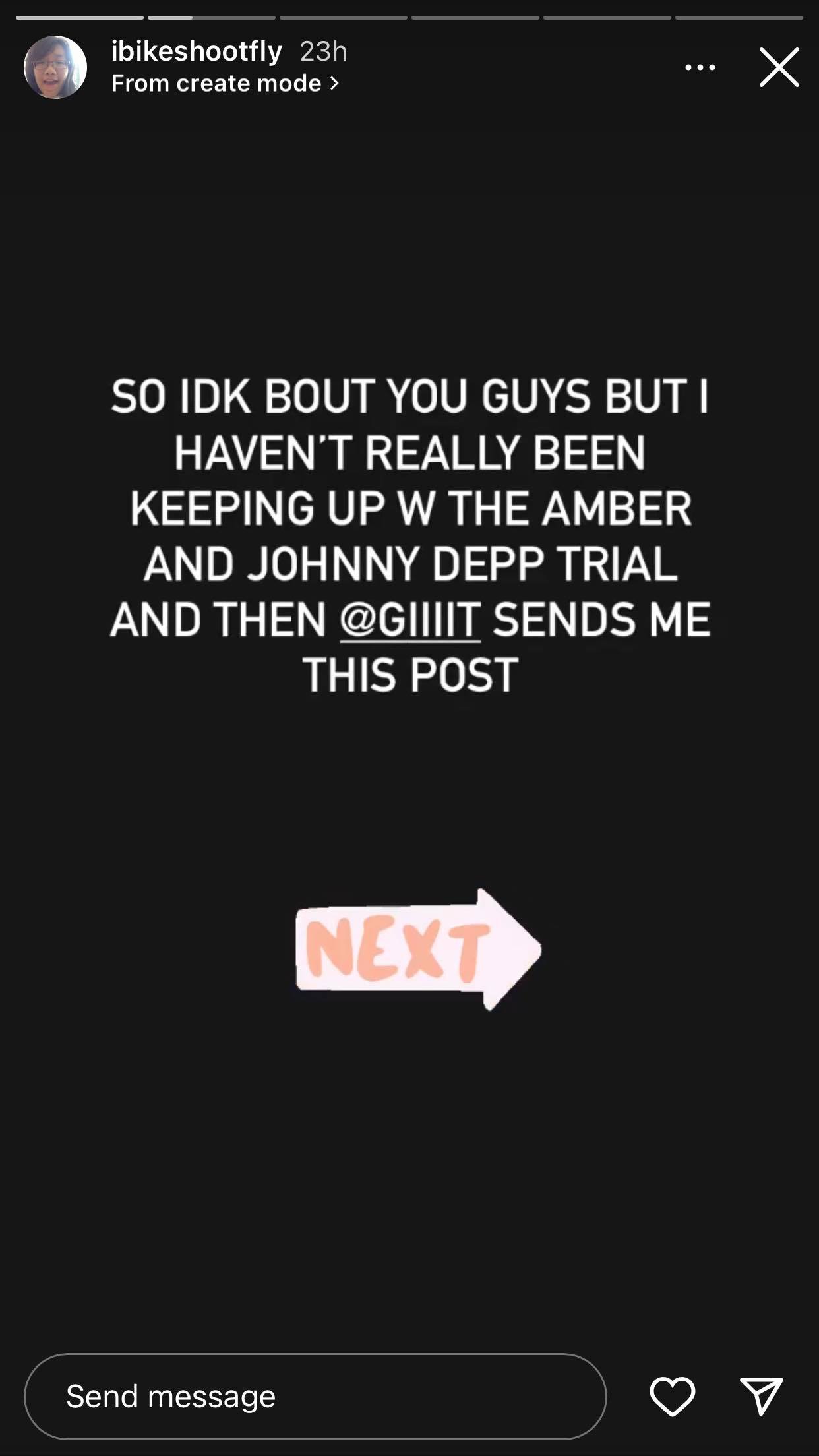 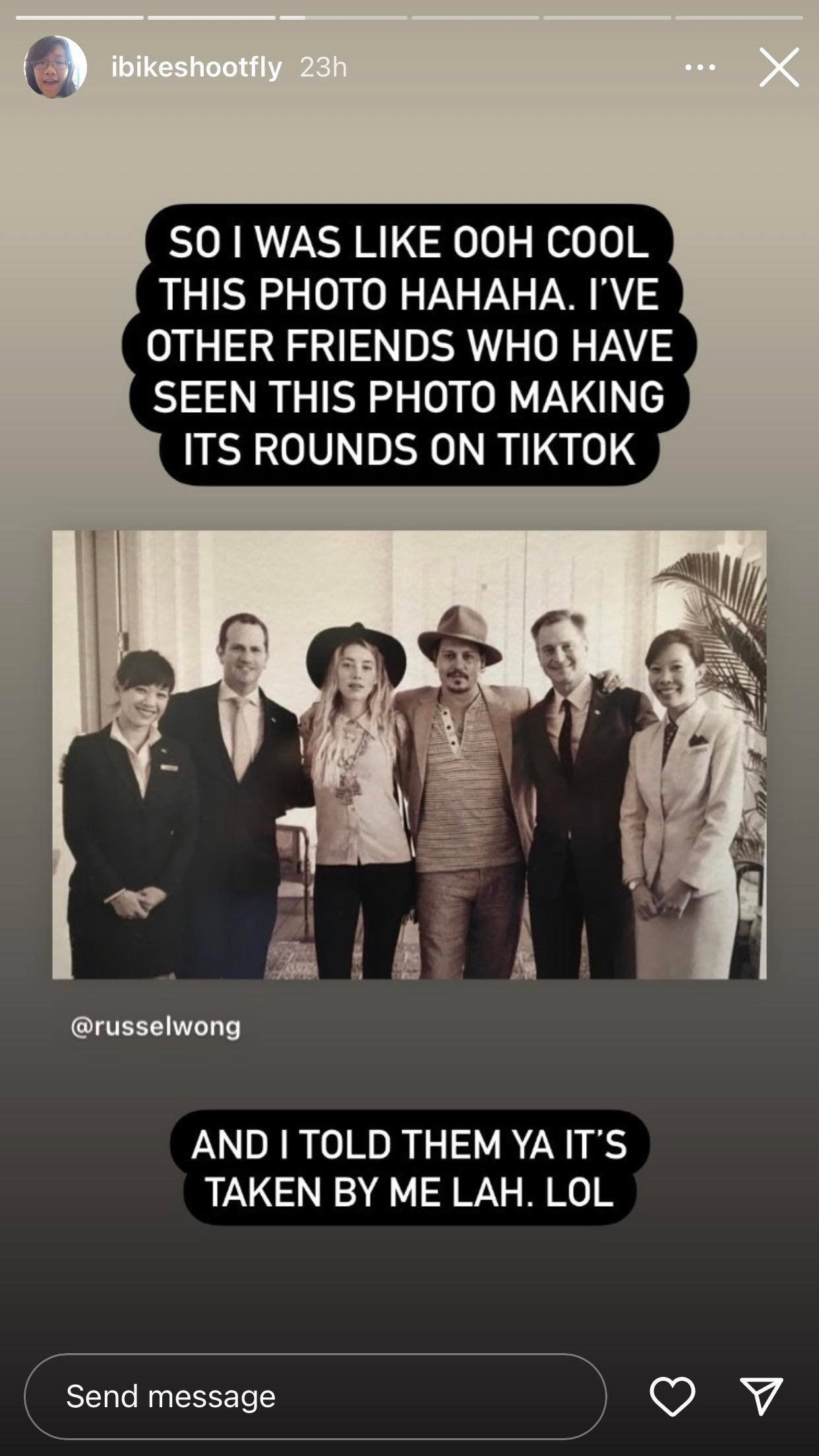 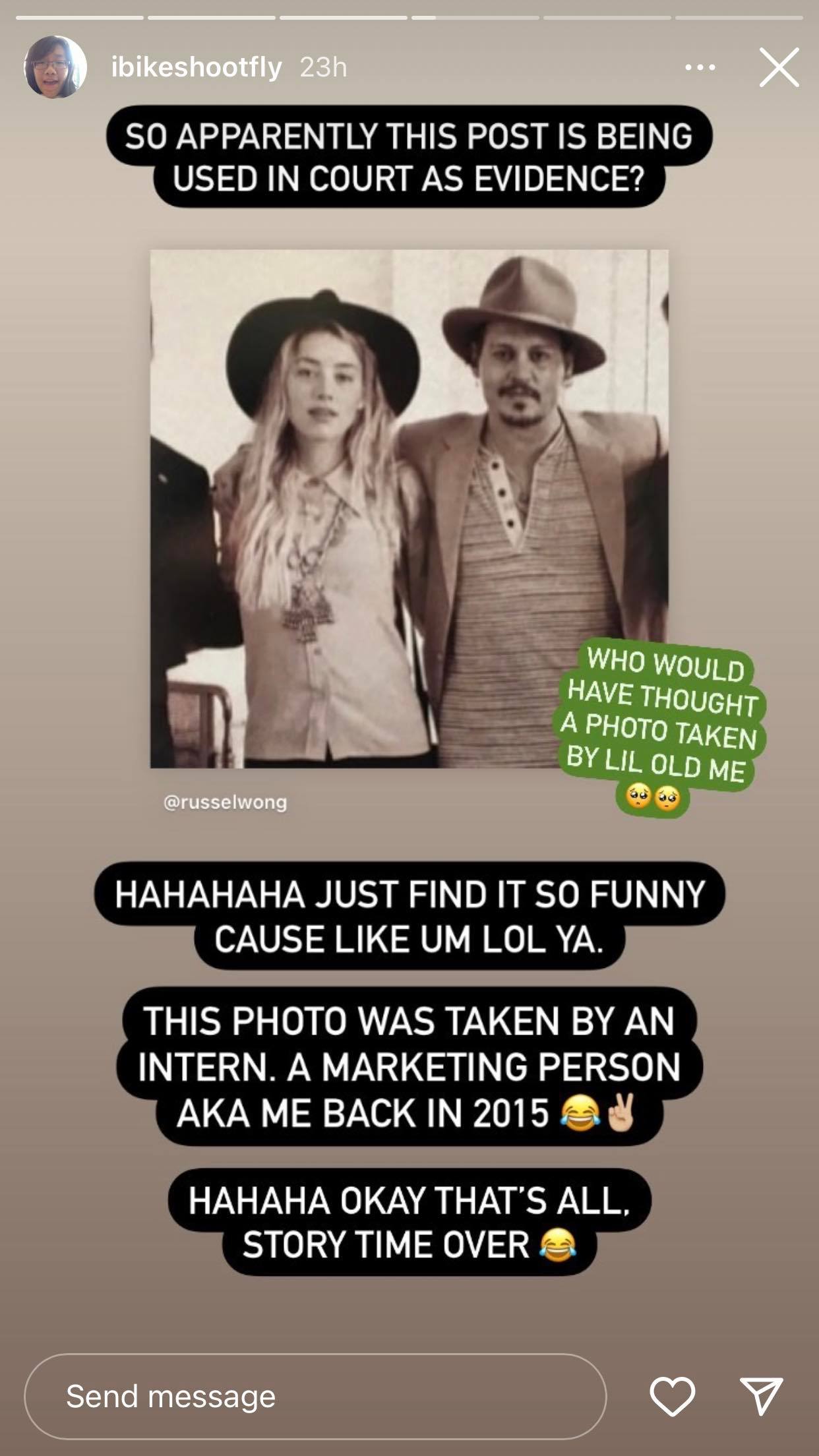 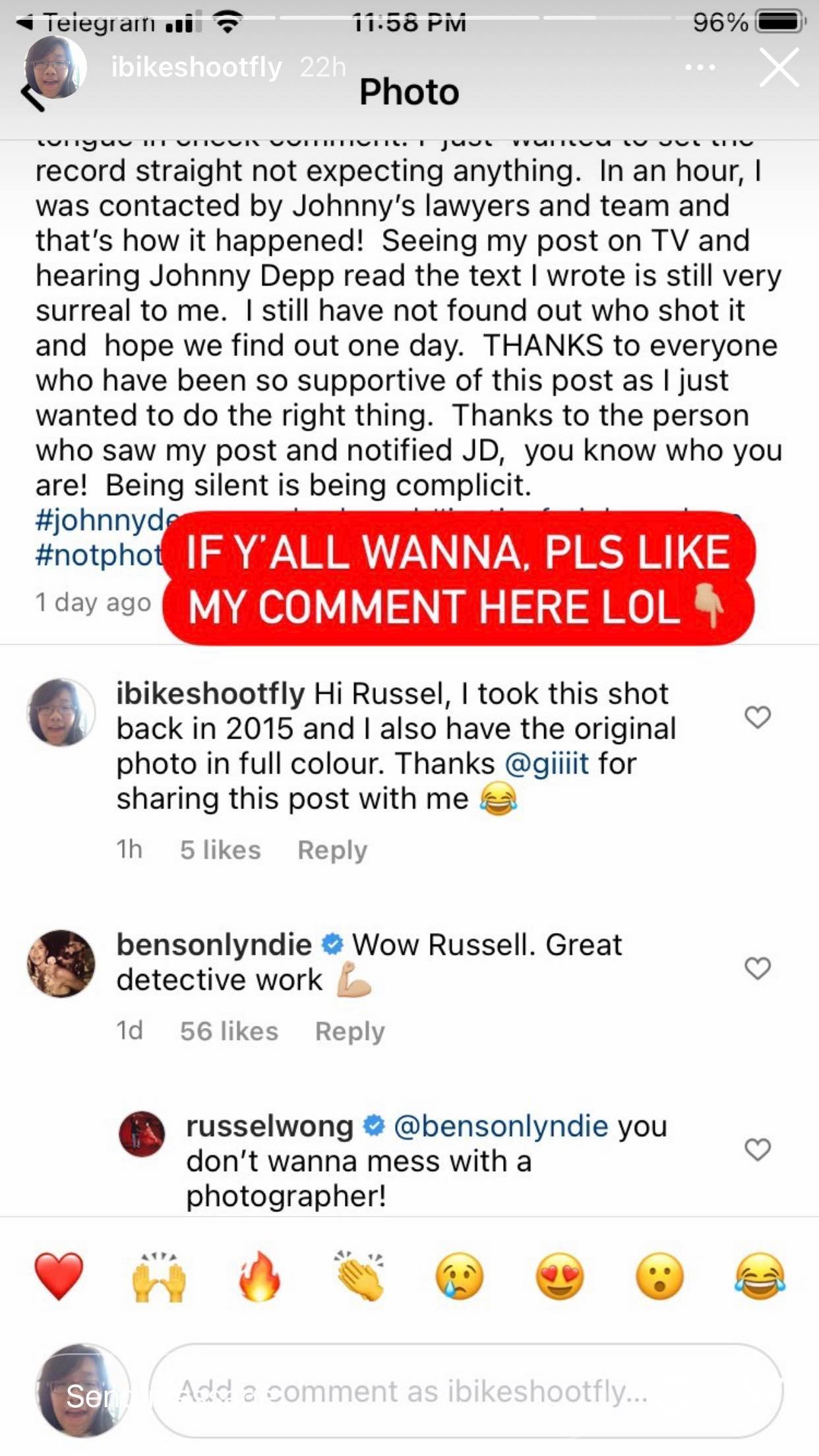 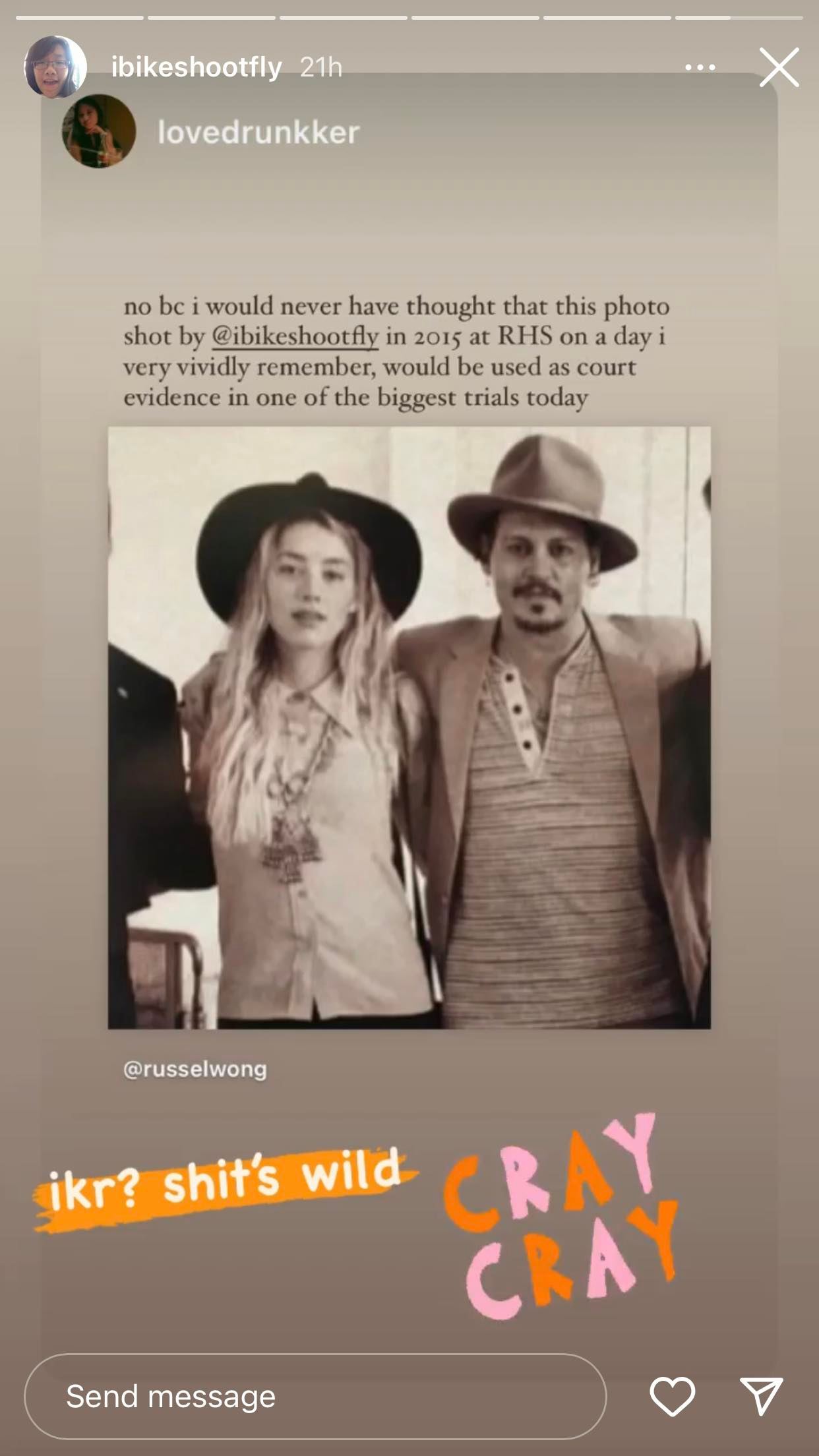 The who what where when how:

Top image by Li Tong, via Russel Wong on Instagram