Emily Tan took the plunge to get into the thick of it during the pandemic, both out of choice and circumstances.

Her story was picked up by 8World and put up online on May 6.

The series is about stories of resilience in Singapore that have emerged during the pandemic.

The butcher stall, previously called Quan Shui Fresh Pork, but has since been rebranded as Quan Shui Wet Market, is located at Block 156 Bukit Batok Street 11.

It has been operating there for 22 years.

The original business was started in 1968 by Oh Quan Shui, the grandfather of Tan's husband.

It was then passed on to his daughter -- Tan's mother-in-law.

And it was during the pandemic that the stall saw fresh blood join its set-up -- the stall owner's son, Neo Jun He, joined after he saw his wife committing herself to being a third-generation full-time butcher and online retailer.

Why did she join the family business?

Tan is at the wet market a few days a week these days overseeing supplies. 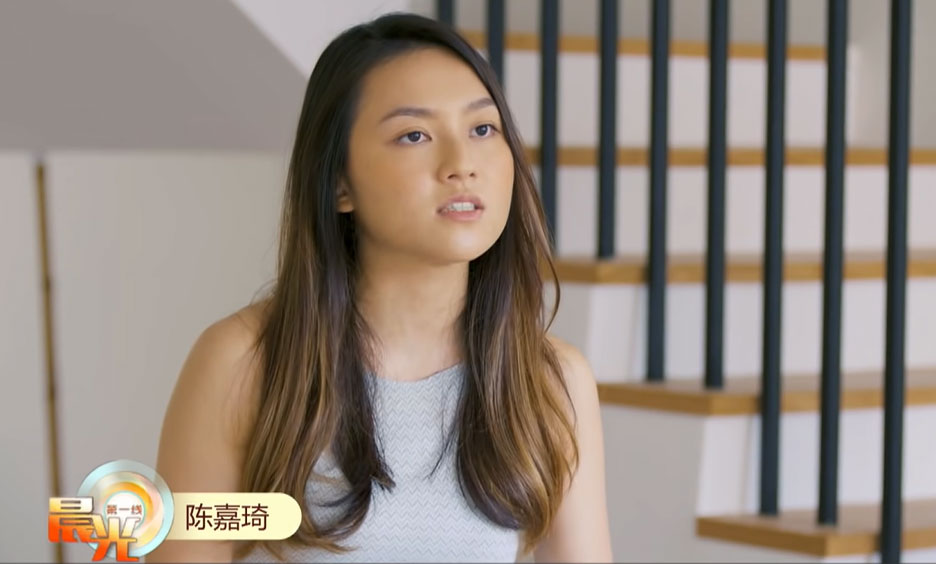 How she got there was the result of the pandemic dealing a blow to the business -- but also creating an opportunity for her to step up and turn things around.

Tan studied communications and new media in university and became a Singapore Airlines stewardess for three years after graduating. 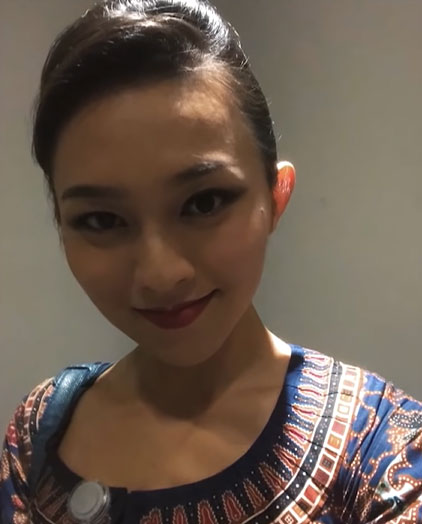 She then switched jobs.

Before the pandemic, she worked for three years in Shanghai as the director of business development. 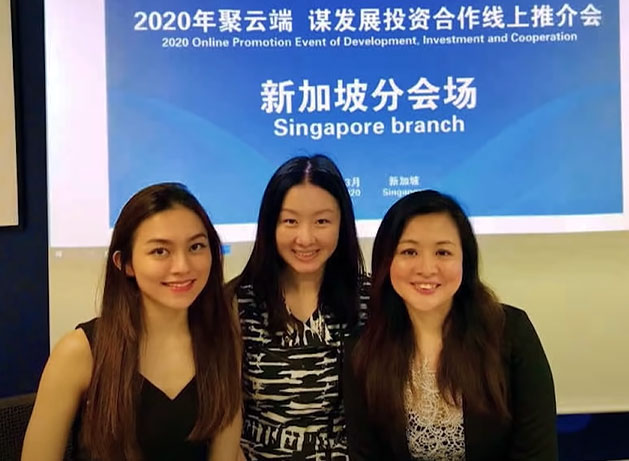 During April 2020, at the height of the pandemic, Tan saw her in-laws fretting about business as sales at the wet market took a hit.

Appearing emotional, Tan said: "At that time, when I saw how my in-laws were affected by the pandemic, and they looked tired, my heart ached. And they looked like they were in a difficult position."

"So, I thought we could use this pandemic to make the original online retail dream a reality."

Had gone online to sell produce in 2001

In 2001, the stall had already gone online to sell groceries but it did not catch on then as it was ahead of its time.

Tan then went about restarting the online business.

During the lull period induced by the pandemic, the family started out taking small orders from neighbours and accepted orders placed via WhatsApp.

They would walk to the customers' homes to do the deliveries personally.

And within two months, orders surged.

Subsequently, Tan had to do the web design, photography, retail analytics, chopping of meat, de-feathering of chickens, and deliveries by herself. That was when she decided to quit her full-time job to go into the family business.

These days, the online retailer takes 50 to 100 orders a day, and does island-wide deliveries, except for Tuas.

Orders made before 10pm will be delivered the next day.

They have gone from selling pork to other groceries, such as vegetables, chicken, and seafood.

The produce are sourced from the other stalls in the wet market.

Tan said: "After expanding the business online, you can say we opened a new shop. Our sales definitely increased."

"Never would I have imagined I would work in a wet market," she added.

"The pandemic has allowed me to challenge myself and to find out where my limits lie."

"These are the things I would never have tried previously."

Had doubts at first

However, Tan venturing into the wet market business initially puzzled her own family.

She said: "My father and mother were pained by my decision to join the wet market business."

"It is not as if I was not educated, that I am not a university graduate, and my previous job was not bad?"

Going from a nine-to-five office job to starting early and ending late in the market was initially tough for Tan, she let on.

She said she doubted herself and questioned if she made the wrong decision.

She said: "Did I regret? If I told you I didn't, I would be lying. Honestly, it was very tough."

"The environment in the market is hot and humid and dirty. I had to listen to other people's gossip. The impact on my mental and physical health was great."

"There is no knock off time for this current job."

Among the other challenges, Tan said she has to be up early and exerts herself physically to carry out tasks these days.

But with the support of her in-laws and her husband, the strength in unity has helped them pull through.

Her husband used to be a secondary school math teacher.

He quit teaching in 2021 to join his wife to oversee the finances of the family business. 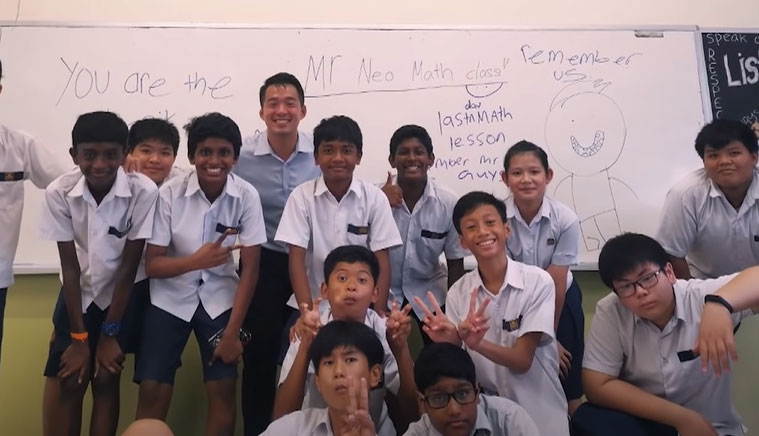 Neo said he was shocked initially when his wife wanted to join his family at the wet market.

But his parents are touched and happy about their son and daughter-in-law's decision.

Speaking on camera, Neo's parents appeared emotional and said they are happy and would support their son and daughter-in-law, and they can now retire.

Tan said: "Will I encourage other people to try out other occupations? The possibilities in the world are endless, if given the chance and you are willing to try it, I'd say, go for it."

All media via 8World unless otherwise stated