On May 18, the OnlyFans content creator posted a picture of herself wearing a see-through top without a bra in the National Gallery in London.

This was a few days after a picture she took at the British Museum caused a bit of a stir.

Sheer top with no bra

In the latest picture at the National Gallery, the 23-year-old is fully dressed, including a green and white varsity jacket.

However, her nipples are visible due to the sheerness of her top and the absence of a bra.

Netizens: How can this be allowed

Amongst the 11,050 comments at the time of writing, many followers expressed their appreciation of the saucy picture. 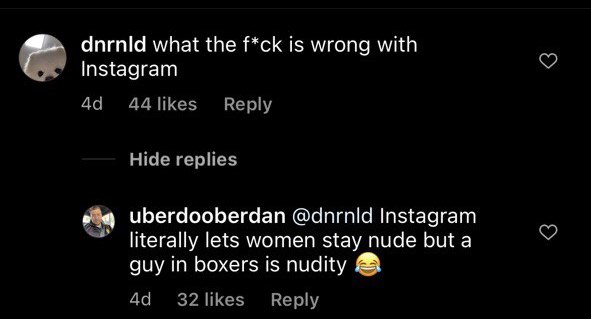 Some netizens criticised Siew's behaviour in a public venue such as an art museum in England.

The comment translates as, "Although Europe is more liberal than Asia, dressing like that in a place like an art museum might not be a good idea as it may seem disrespectful to the venue."

However, there were also netizens who defended Siew, including one who applauded her for her boldness.

Another netizen explained that the picture might be allowed because Siew is still clothed, albeit with "a very thin cloth".