On May 2, 2022, the eve of Hari Raya Aidilfitri in Singapore, the former Prime Minister uploaded a post on his Facebook page which featured a picture of himself and his wife posing with a scarecrow dressed in a pink baju kurung.

The post was accompanied by the caption: "Selamat Hari Raya Puasa to all our Muslim friends. --- gct"

The post quickly drew criticism from people in Singapore, who felt that Goh was inappropriately portraying the Malay/Muslim community as scarecrows. 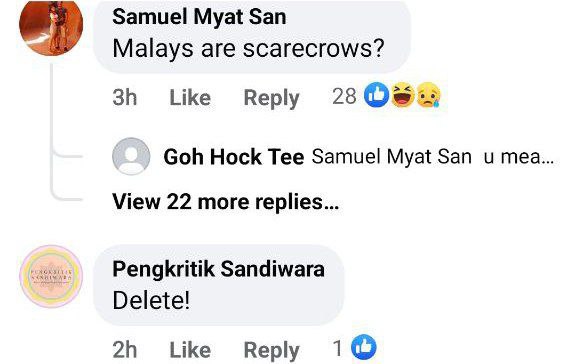 Goh said that public spaces in Singapore celebrate festivals of various communities throughout the year.

He said that he passed by "the familiar HortPark scarecrow" and "was struck by its change of attire".

Goh also uploaded an old picture of himself with the scarecrow, from January this year. The scarecrow was dressed differently.

Goh then said that he was "dismayed" that some have "misinterpreted" his post to be portraying Malays/Muslims as "scarecrows".

"This is far from my mind. I spent my political lifetime working for a harmonious multi-racial society. This episode reminds us that strengthening multi-racialism is always work in progress. All of us have to do our part. Scary, isn’t it?"