Clubs and nightlife in general have reopened in Malaysia after a two-year hiatus.

And some of those who showed up to relive the good old days and nights have been bent on splurging.

Malaysian model Gatita Yan recently shared on her Instagram Stories, which have since expired, her night out with a partygoer, who spent some time shooting money from a Supreme cash shooter gun in a Klang Valley club.

The crowd around him in his circle egged him on as he loaded the gun and cheered when he shot the money out. 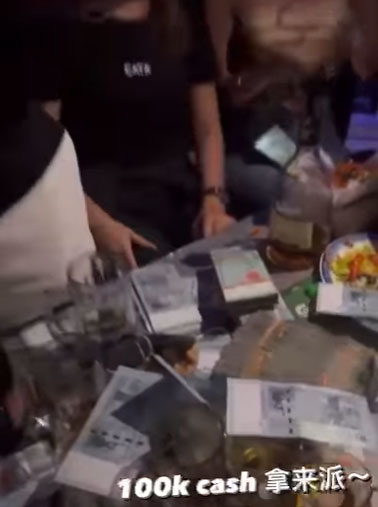 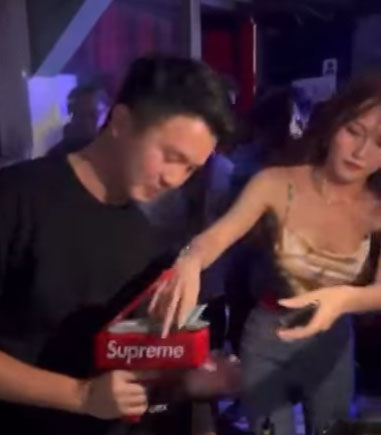 The gun was then passed to Yan who was also seen shooting a stack of cash out in the club.

However, as the group appeared to be within an enclosed area in the club with glass panels to keep the rest of the partygoers out, there was apparently not much of a cash grab, except for some other clubbers who were banging on the windows as if they wanted in on the fun and money.

This could partly explain why the man who was shooting out the cash appeared nonchalant as only a part of it was being distributed to people outside the confines of his group.

According to a report by China Press, the man who was shooting out the money is a cryptocurrency entrepreneur and a luxury watch dealer.

Reactions to the man's antics were predictably divisive.

Those who showed little qualms said it was the man's money and he was free to do whatever he wanted to do with it.

Those who disapproved said he should donate it to the old folks' home or charity instead of showing it off.