ERP rates at gantries in eight locations will be raised progressively for 19 time periods from Monday, May 30.

This is in response to a fall in traffic speeds below the optimal range.

The Land Transport Authority said on May 20 that it has monitored traffic in April and May 2022 and found that it has built up at various stretches of expressways with the phased easing of workplace restrictions from March 29.

For six time periods at three locations, the Electronic Road Pricing rate increases will kick in from June 27, after the June school holidays end. 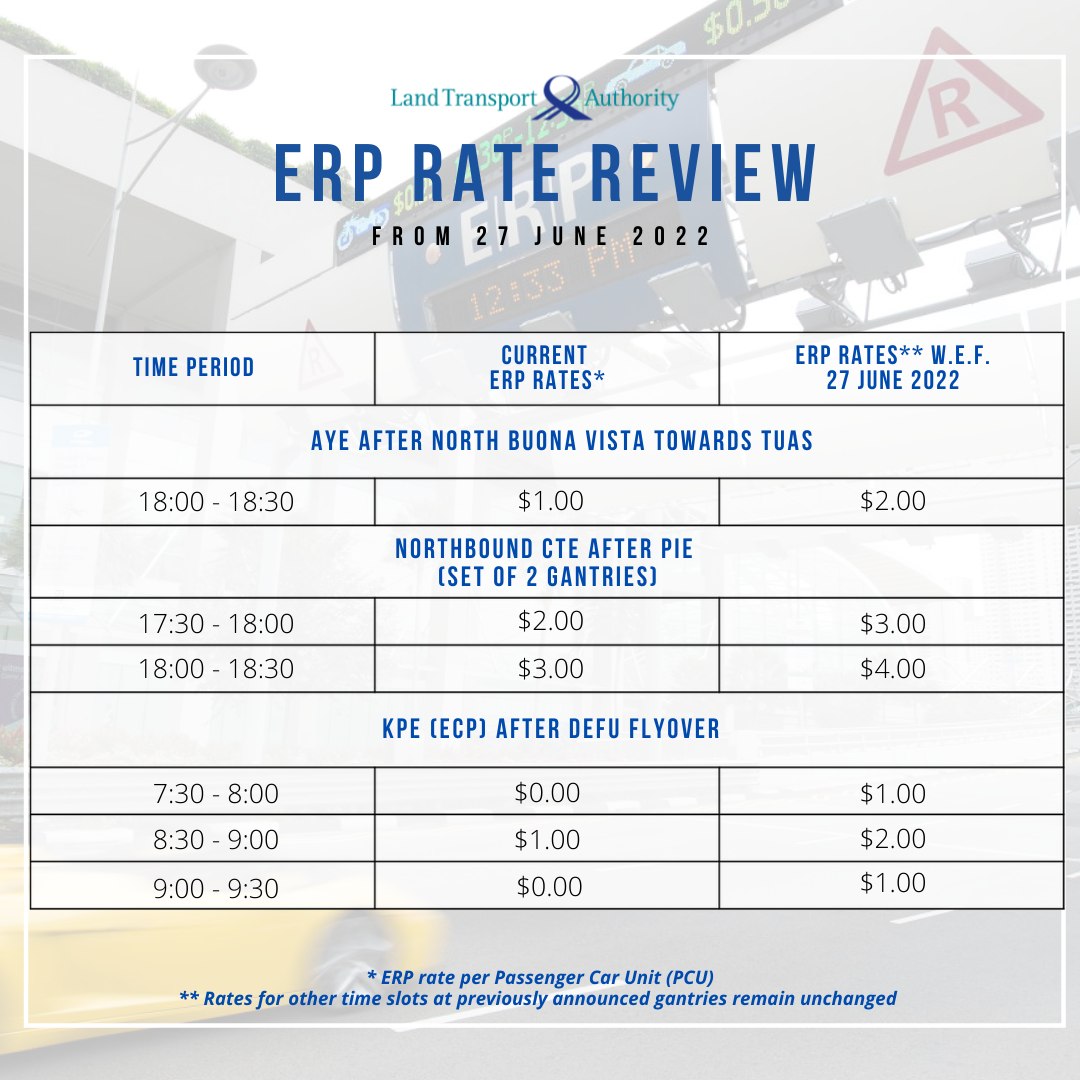 At seven locations where traffic speeds are expected to drop during the June holiday period, ERP rates will be raised by S$1 from May 30. But the ERP rate will be reduced from May 30 to June 27 for 14 time periods at five locations.