One woman in Singapore has apparently taken it upon herself to publicise the misdeeds of litterbugs in her estate.

The woman, Wendy Chan, started a thread on renowned local forum HardwareZone, posting multiple videos of the litterbugs who had deposited used tissues, empty drink cans, and other detritus near her residence.

Many of the culprits were drivers who had parked their cars in public parking lots along Somme Road, which is along Jalan Besar.

The videos, uploaded to a YouTube account named "Parc Somme", appeared to have been recorded by CCTV cameras outside the Parc Somme condominium entrance.

The first video—introduced by Chan as an "action movie"—involves sped-up footage from three different camera angles.

It involves Chan giving chase after apparently noticing a man carefully depositing an empty drink can in a flowerpot.

Chan grabs the can and runs after the men, in the direction of nearby City Square Mall.

According to Chan, she manages to catch up with the men, who apologise.

"[...] But after I left they anyhow throw also who knows," Chan says in a later post.

Another video shared by Chan is more gratifying.

It shows a man getting into a white and black SUV. 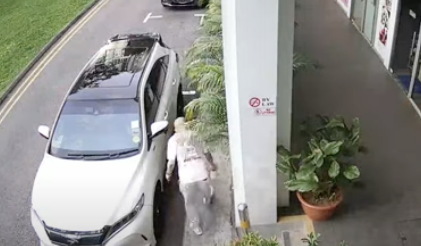 In the process, he walks right past a "no littering" sign and places an empty cup on the ground near some flowerpots.

But Chan is on his case even before he cracks open the driver's door. 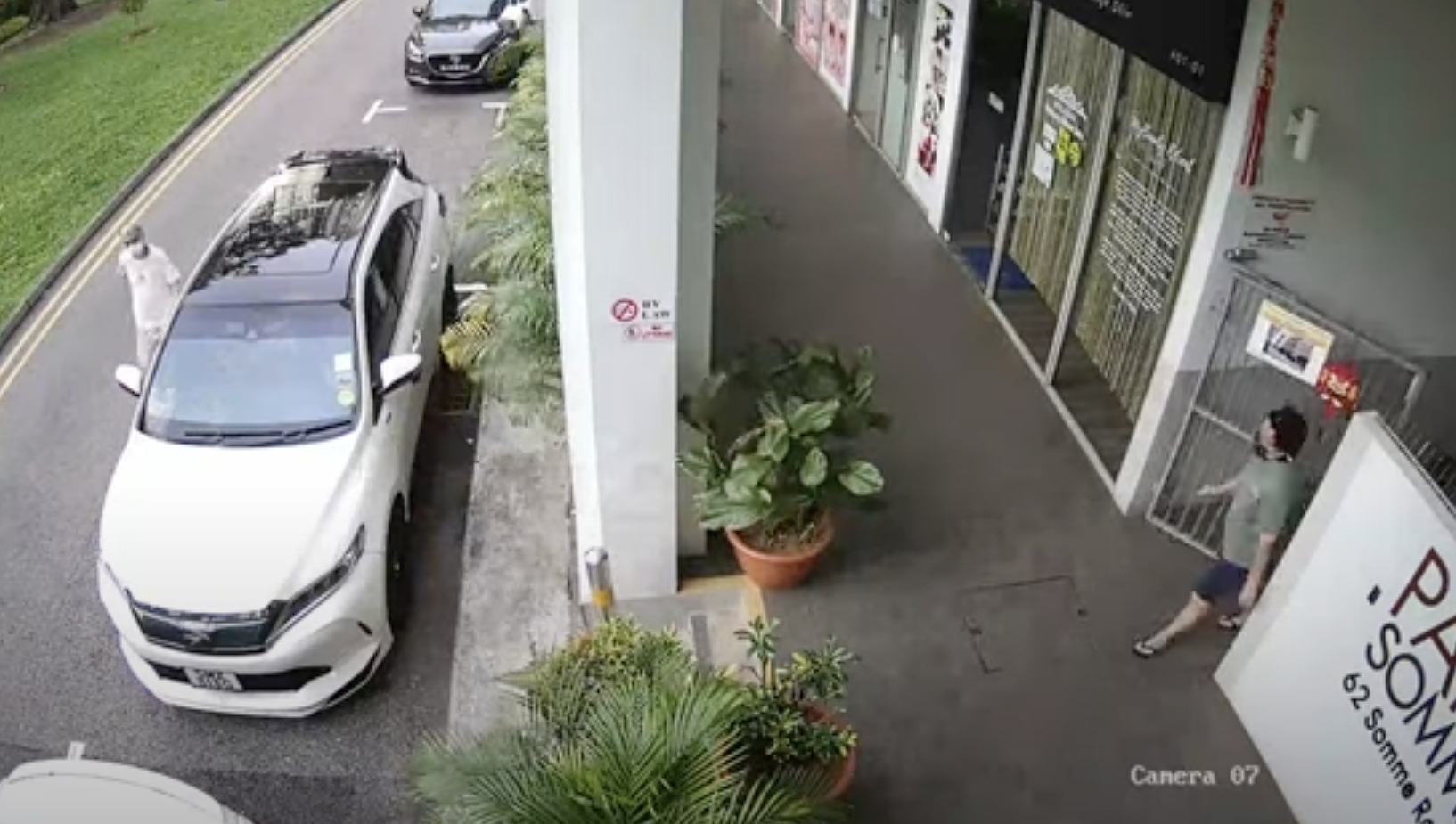 She walks out the gate, gestures at the driver, picks up the empty cup, and places it emphatically on the car. 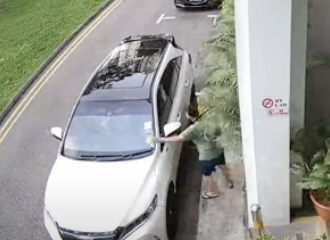 She is then seen gesticulating at the driver as he retrieves the cup and brings it into the vehicle with him before driving off.

Responding to comments on her remarkable speed, Chan explained that she happened to be seated nearby and "more or less predicted" that the driver would litter.

"He didn't disappoint," she added.

Yet another clip shows a duo—apparently wearing matching couple shirts—standing around a parked BMW.

One of them cleans the vehicle and throws a copious amount of used tissue paper on the ground.

Somewhat disappointingly, Chan does not appear in this clip to confront the wrongdoers, however.

But Chan shared in the thread that she has filed the relevant reports with the authorities.

That being said, not all who litter get reported, as Chan shared that she "sometimes feel like exercise" and "feel like giving chance".

Other forum users seemed mostly in support of Chan, with many commiserating over the nuisance caused by litterbugs.

There were also comments that the government could definitely use the revenue, and that condos would be "well managed" if more people acted like Chan.

Top image screenshot from videos by Parc Somme on YouTube