A recent video of a young Singaporean man strumming a guitar and singing a worship song to a captive audience on a plane has elicited a lot of reactions and discussion online.

The act was deemed inconsiderate and disruptive, and made passengers uncomfortable, even as a number of them were seen singing and clapping along.

Singapore is multi-cultural and multi-religious

The Singaporean man was subsequently identified as 24-year-old Jonathan Neo.

Ng shared that he viewed Neo's actions on the plane "as an expression of revival".

"To see young Christians being unashamed and unapologetic about their faith, witnessing and ministering passionately is an answer to prayer that many have been praying for," he said.

Noting that many in Singapore have criticised Neo, he pointed out that although the country is a secular state, it is nevertheless a multi-cultural and multi-religious society.

As such, this presents a "neutral platform for the free exercise of all cultural diversities which are beautiful and valuable to a thriving culture".

Ng also characterised the backlash as the prevalence of anti-religiosity in society these days.

"In an increasingly anti-christian climate, many (who btw have the right to their opinions) will amplify these narratives," Ng said.

He also said how Christians respond to this "is telling of our love for one another".

He shared that it was "noteworthy" that Ng was given permission by the cabin crew to sing a worship song, and praised Neo for being "unashamed" and courageous enough to conduct such a public expression of faith.

He also pointed out that other plane passengers who were uncomfortable could have voiced out their disapproval, and Neo would have acquiesced.

Ng was ultimately grateful many passengers apparently responded with claps, tears and smiles.

This was mentioned by the original poster of the video and a member of Neo's team, Jack Jensz Jr., who said people were "touched" by the singing.

Ng added that although many judged "the wisdom" of Neo's decision, "faith often isn’t measured by the soundness of facts".

He also described Neo as a source of inspiration.

"I am careful to judge what God is doing in and through our brother. I know of many who have been deeply inspired by His wholehearted faith. I know some will give their lives to the Lord through moments like these.

Instead of commentating on the side lines, I rather stay inspired by his courage. Instead of analysing his life, I rather analyse my own and how his life provokes me to share the gospel, love others and be like Christ."

In response, some have agreed with Ng's defense and commended Neo for his bold gesture. 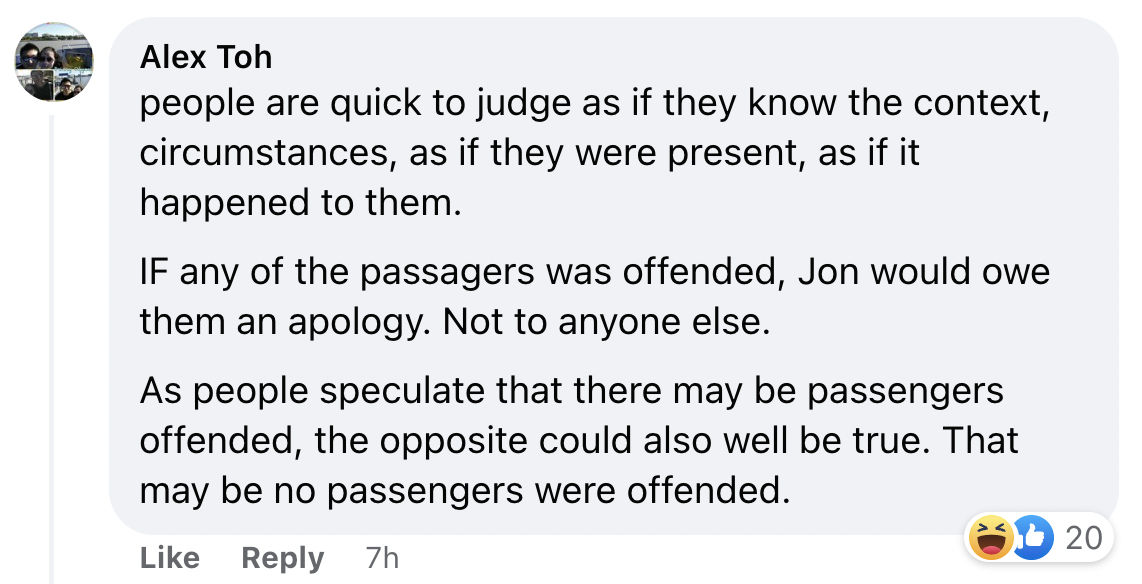 Others in the comments section disagreed and noted that the passengers' silence did not amount to consent. 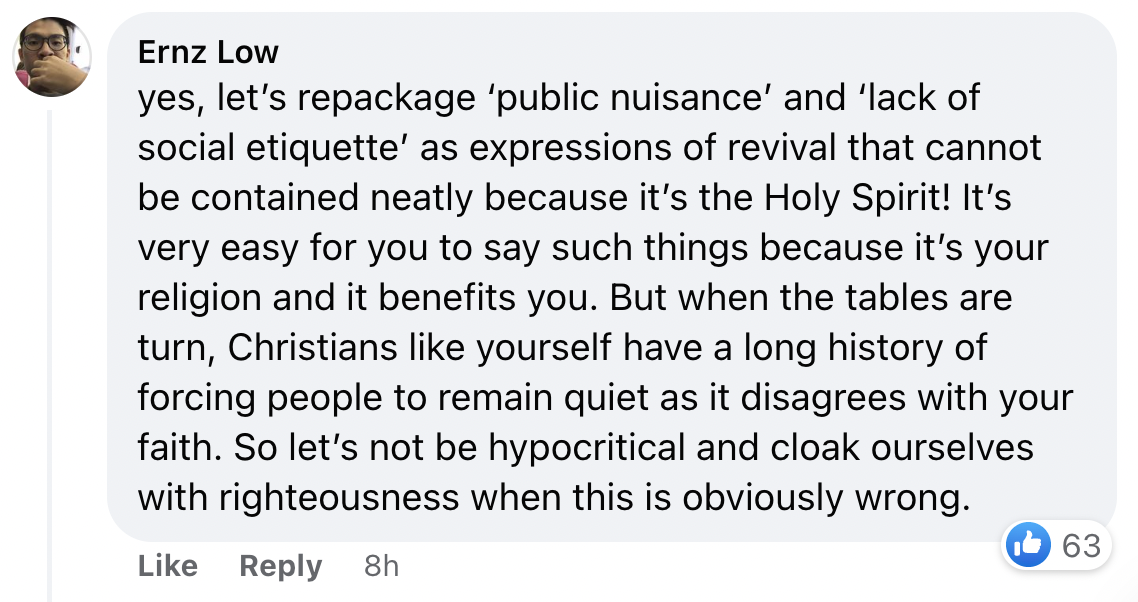 Several Facebook users on the other hand, placed the blame on the pilot for giving Neo and his band permission in the first place.

Neo has done more in Ukraine than 99.99 per cent of people I know: Pastor

Pastor Ian Toh of 3:16 Church also praised Neo, stating that he is not against people of other religions who "sincerely wants to bless the passengers on the plane by praying or singing" on a plane.

He echoed Ng's words that the plane passengers "are more than capable to represent and express themselves if they deemed his act to be wrong or took offence".

Toh also highlighted Neo's humanitarian efforts in Ukraine, saying that Neo has done more for the Ukrainian refugees "than 99.99% of the people I know and myself".

However, the argument that passengers could have spoken up if they disagreed has been rejected as a fallacious argument.

And now, I'm thinking: what if I were to voice out against someone playing Justin Bieber's song loudly in a bus/train. Will I be accused of being anti-Bieber or denying the right of that person to listen to his favourite song?

There is a term for this: false dilemma. It goes like this: either you are okay with me playing Justin Bieber's song loudly or you are anti-Justin Bieber.

It's a fallacious argument. The answer is neither. You are entitled to your Justin Bieber's song. Just don't force me to listen to it. It will be unfortunate if I have to tell you to get off the bus/train or I'm forced to alight myself to maintain my peace and quiet. (Luckily, it's not a plane! How do I get out or get you to get out?)

So, the issue is really simple: let us be respectful of our mutual rights in a shared space. So, go ahead and listen to your favourite Bieber songs. That's your right and freedom. But use an earpiece.