Jurong Pioneer Junior College (JC) jumped on the "No Backpack Day" trend bandwagon -- and the results were pretty innovative.

A TikTok video uploaded by a student of the JC on April 19 showed the alternative solutions to backpacks, which include a Cold Storage supermarket basket, rectangular plastic bucket, file holder, shoe box, and even a shallow pail. 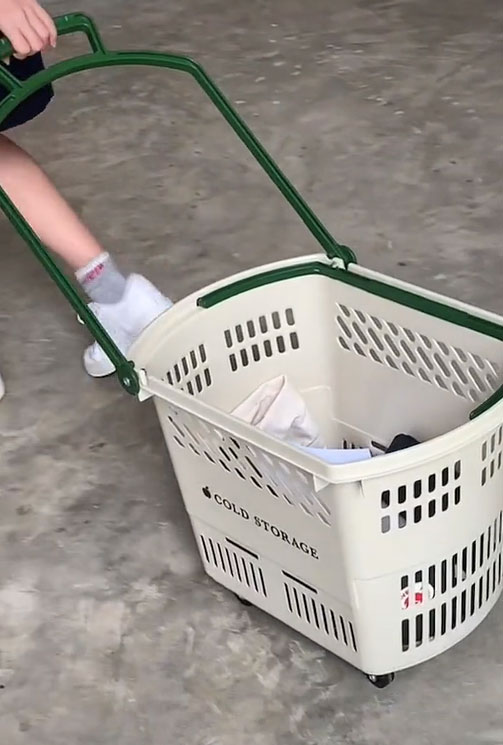 The if-it-works-it's-not-stupid logic holds water, as some of the alternatives to backpacks worked as reasonable substitutes.

Purpose of 'No Backpack Day' movement

"No Backpack Day" is a day set aside where children do not bring their backpacks to school to raise awareness for the millions of children around the world who go to school carrying their supplies and books in their hands or in other receptacles because they cannot afford backpacks.

Drawbacks of 'No Backpack Day'

As the purpose of the trend gets diluted over time, having been increasingly turned into a viral TikTok visual gag instead of promoting a cause, the inequality it manages to capture also becomes starker.

In less developed societies, where carrying a backpack serves as a symbol of being better off, the luxury it affords becomes minimised when compared to the lack of books and supplies students in digitally transformed societies have to lug around when going to school to acquire their education.

The irony is that students presented with lesser physical loads in digitally transformed societies, such as in Singapore, might even misconstrue the extent of the burden that students who cannot afford backpacks face, as the access to resources is assumed to be similar.

For example, in Singapore's case, the most straightforward method to carrying items around without a backpack would be to bring fewer items to school to begin with, such as by not carrying a water bottle, and sticking to necessities, such as only bringing along a school-issued tablet.

But this is on the assumption that the school attended has fresh supplies of water that can be conveniently located, which is not even a given elsewhere in the world, and that lessons can be conducted without paper and any access to physical books, which is impossible in societies that have yet to go paperless.