When a Facebook post featuring an almost-too-good-to-be-true new product pops up on April 1, it's probably better to remain just a little sceptical.

But not too sceptical, as evidenced by a recent post by Nissin Foods Singapore about a new instant noodle flavour — fish head curry — that turned out to be a real product, launching today (Apr. 4).

The post went out at around 11:44am on Friday (Apr. 1), and was somewhat scant on details:

Needless to say, this invited much speculation over whether this product, with its promised "rich and bold flavours" was in fact real. 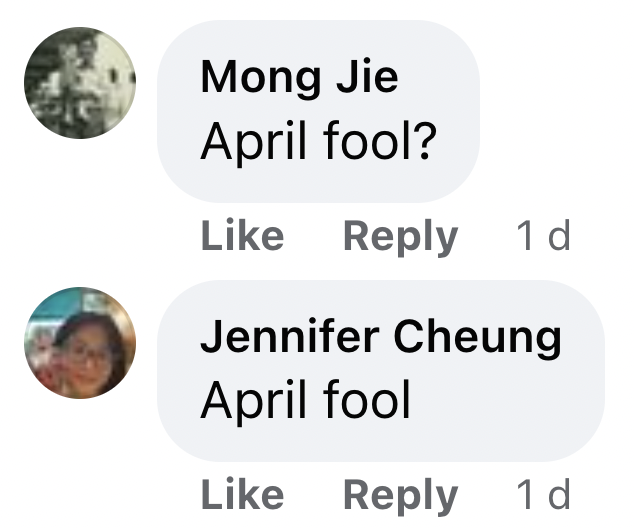 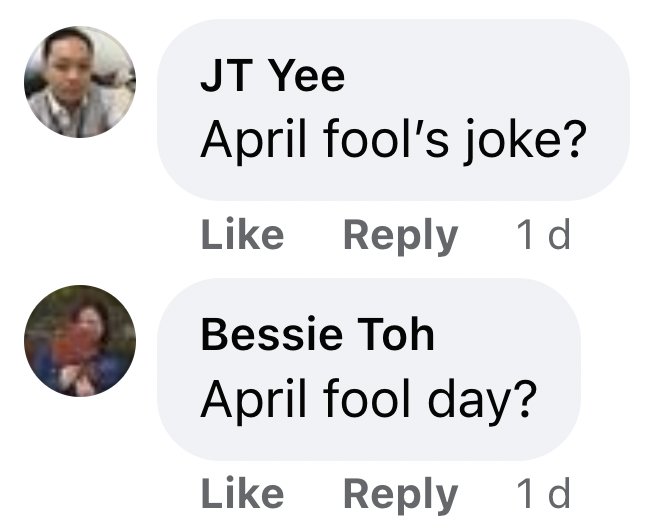 Some quickly concluded that it must have been a "tasteful joke":

But there were also many who hoped that it was not a joke:

While one commenter suspected that Nissin knew exactly what it was doing:

Product turns out to be real

Photos of the actual product have since surfaced on Nissin's post, and elsewhere online.

At Don Don Donki in Jem, the item appeared to be sold out, however.

Official launch on Apr. 4 at supermarkets and convenience stores

In reply to queries from Mothership, Nissin confirmed that the fish head curry noodles are in fact a real product.

Customers can look out for its "rich and fragrant curry base paired with stewed fish umami, mildly spicy with hints of creamy coconut milk and lemongrass fragrance," along with toppings such as cabbage, taupok, fishball, and spring onions, according to Nissin.

The new flavour is a Singapore-exclusive product, and will be available at major supermarkets and convenience stores from today (Apr. 4).

It will be available while stocks last, Nissin added.

The recommended sales price from Nissin is S$1.50, though prices may vary at retailers' discretion, said Nissin.