If you were in the area of the Geylang Serai Ramadan bazaar over the weekend, you might have seen this remarkable spectacle:

In a viral video uploaded to Facebook, a contingent of at least 35 vehicles was seen driving down Changi Road, with Joo Chiat Complex in the background.

The drivers sounded their horns, and flashed their headlights and warning lights as they proceeded down the road, while appreciative crowds soaked in the atmosphere and whipped out their phones to record the sight.

One of the vehicles was also heard sounding a horn carrying a tune popularised by a group of funeral dancers in Ghana — "Astronomia" by Vicetone and Tony Igy.

The "mobile column" appeared to be headed by a pink and blue dump truck.

It included various types of vehicles, arranged in increasing size: 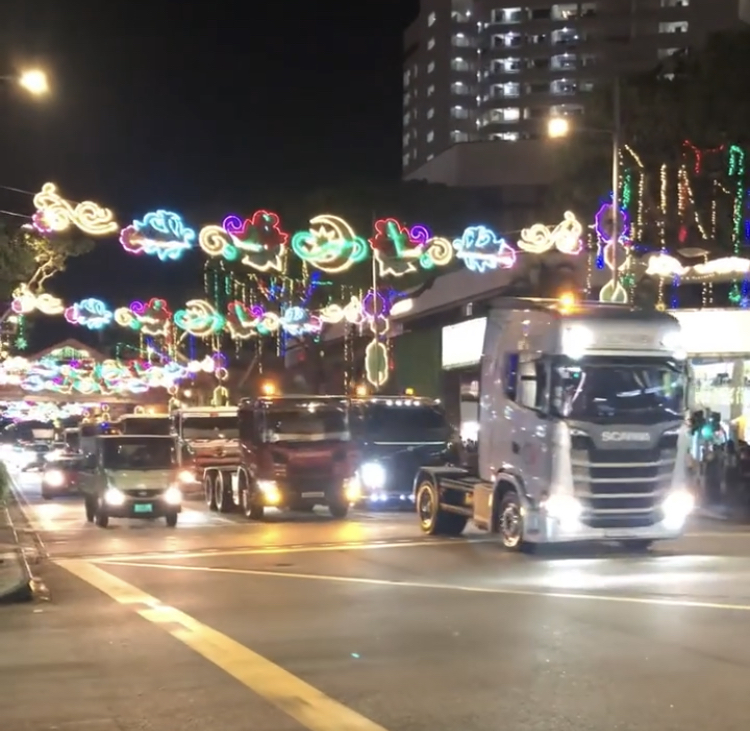 Finally, a second pink and blue dump truck was seen at the tail end of the mobile column. 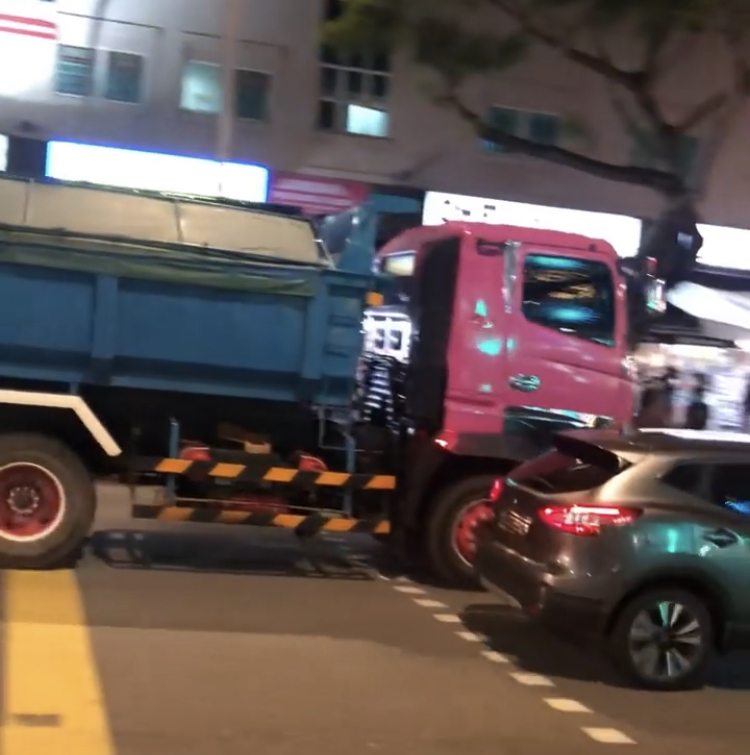 Another video shows the two pink and blue dump trucks side by side at the same intersection. 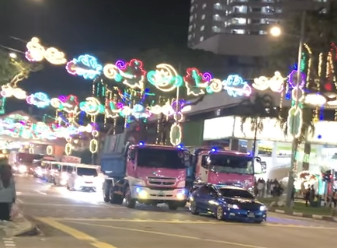 The pink and blue dump truck at the head of the mobile column displayed the group's banner: 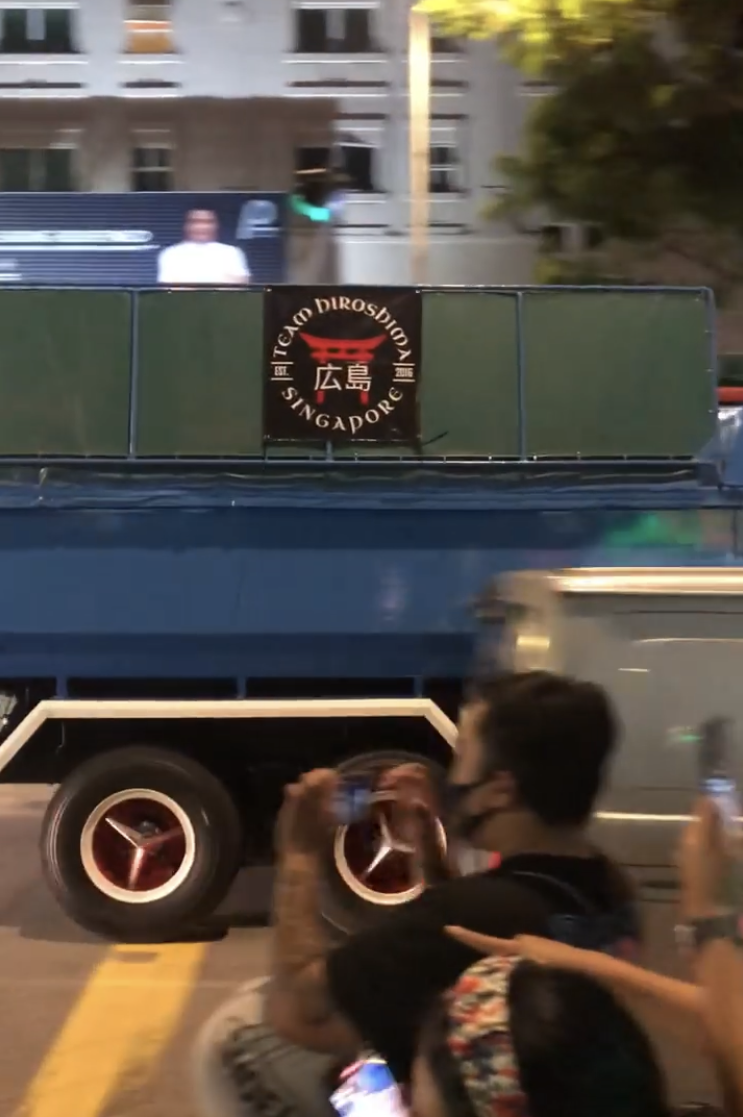 The mobile column appears to have been organised by a group of drivers known as "Team Hiroshima Singapore".

According to past uploads, the group of drivers have previously organised convoys for events such as weddings, and events like the Singapore Motor Festival.

Team Hiroshima Singapore's Instagram stories show some of the preparation that went on behind the scenes.