A man in Singapore who was seen hanging from a vent at a Pasir Ris HDB void deck ceiling was arrested and later charged with public nuisance.

In a widely circulated video posted on the Singapore Incidents Facebook page, the man can be seen dangling upside down from the vent, while surrounded by police officers and curious onlookers.

Police try to get him down from ceiling

In the bizarre video uploaded on Apr. 25, the man could be seen writhing about while dangling upside down from the ceiling.

It was not known how he ended up there or from where he crawled out from.

The man could be heard shouting and screaming as he made contact with the police officers who had gathered around him.

At one point, the man and one of the police officers grabbed each other's hands.

A person can be heard saying: "K***k, they just want to hold hand sia." 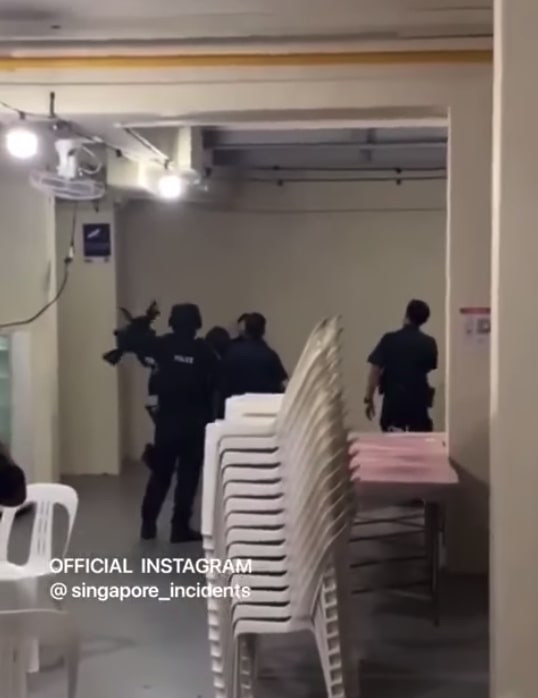 The man was arrested after he had allegedly used a pair of scissors to knock on a window along a corridor, and causing a public nuisance.

If found guilty of public nuisance, he can be fined S$2,000, or jailed for three months, or both.