Singapore is in the midst of a heavy lightning season and some photographers have already captured some stunning shots of lightning strikes.

But one lightning photo shared on The Photographic Society of Singapore Facebook page on Apr. 23 has left many scratching their heads.

The photographer, Mak Wei Seng, said in his post that the lightning bolt appeared to have headed straight for a house in a Queenstown HDB block.

The eerie photo attracted quite a bit of attention on Facebook, with many trying to come up with reasons for why the lightning hit the building this way.

A few people suggested that the building could still be under construction, and had exposed scaffolding that may have attracted the lightning to it. But that was quickly debunked by Mak, who said it was a completed building with occupants, and shared another photo of the building at night, with lights from occupants switched on. 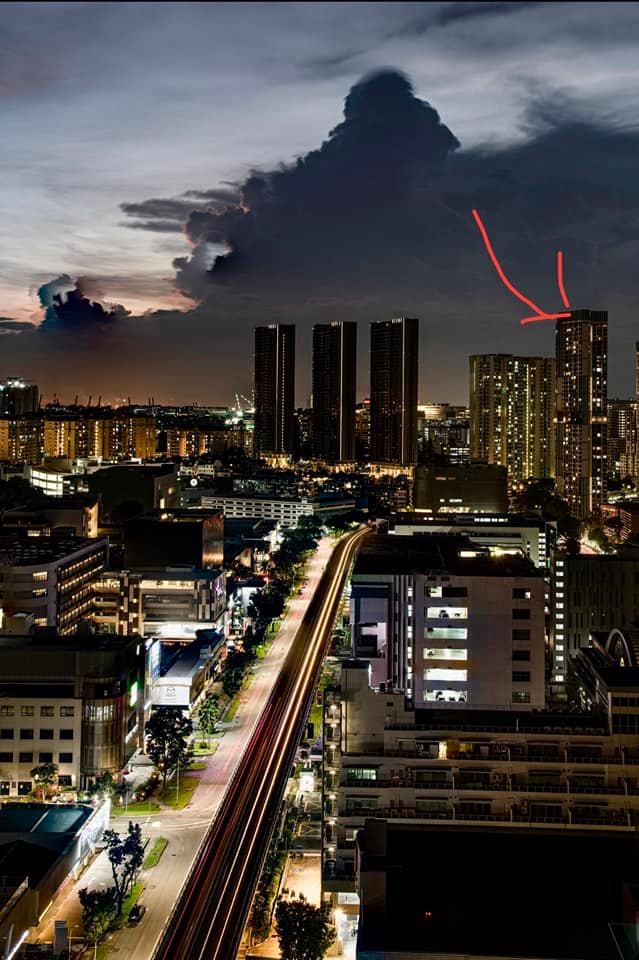 The lightning photo was also taken in the day time at 2:55pm, Mak said in another comment on the post.

Some commenters identified the flat as Block 53 at Strathmore Avenue, a 43-storey HDB block in Queenstown.

Electrical appliances near the window? A sign from god?

Some suggested that the people in the unit might have left metal or electrical appliances near the window.

Many others ventured that Thor, the god of thunder himself was present in the unit. 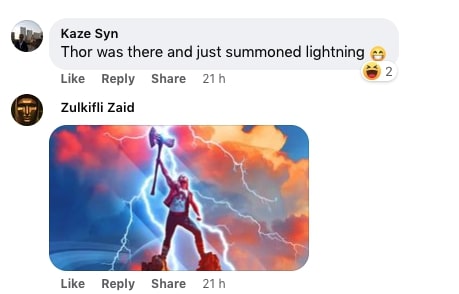 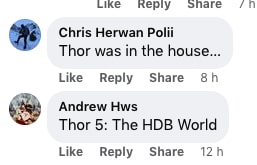 All photos via Mak Wei Seng/Facebook