But it was surprising, and somewhat delightful when the men turned out to be wearing the uniforms of food delivery services GrabFood and foodpanda.

A passerby witnessed this taking place in Choa Chu Kang, and posted a video of the scene on TikTok.

Most of the players appeared to be wearing either the pink and grey tops worn by foodpanda riders, or the green GrabFood uniforms. 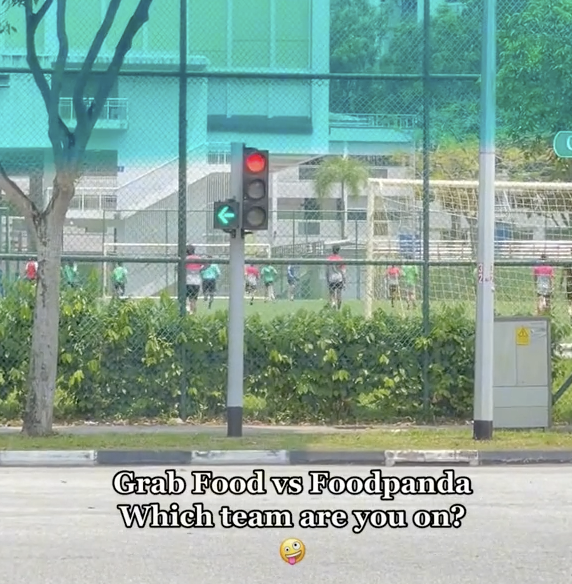 As the cameraman zooms in, another top in a familiar shade of turquoise — possibly from Deliveroo — was also seen on the field.

Commenters speculated that he was the referee.

There was also a player wearing a grey top, likely playing as the goalkeeper.

Are the men delivery riders?

Commenters were quick to go along with the premise that the men were food delivery riders.

One joked that the match was the perfect explanation as to why their food orders were delayed by 90 minutes.

While another repurposed a famous Manchester United song:

Another user tried to predict the upcoming fixtures:

While Grab itself replied — somewhat awkwardly: 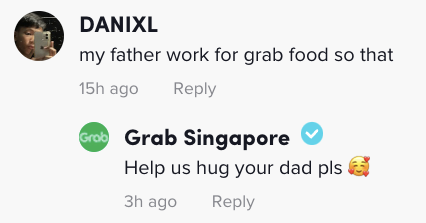 It is possible that some of the men were not delivery riders, but were simply making use of the colourful jerseys for the purposes of the match.

After all, the brightly coloured tops did serve the purpose of identifying the two teams distinctly.

Such uniforms, designed to protect riders from the elements, would also serve football players well out in the hot sun.

The tops can be purchased on Carousell at lower prices than regular football jerseys.

The field in question was the one at Unity Secondary School, and is one of many school fields that are managed by Sport Singapore.

It is available for members of the public to book on weekends, with rates starting from S$50.

You can see the video here: