A Trans-cab taxi driver was captured on camera overtaking a motorcycle suddenly and dangerously while driving along Yishun Central.

This happened twice in the span of less than a minute, and was recorded in dashcam footage from another vehicle.

The footage was uploaded online by the SG Road Vigilante Facebook page, which said that the incident took place on Feb. 5 at around 4:22pm.

What the video showed

The video shows the driver overtaking the motorcycle twice, cutting into its path sharply and without warning.

The footage begins with the taxi and motorcycle at a junction at the end of Yishun Avenue 11.

Both vehicles are in the same lane, and both turned right onto Yishun Central. 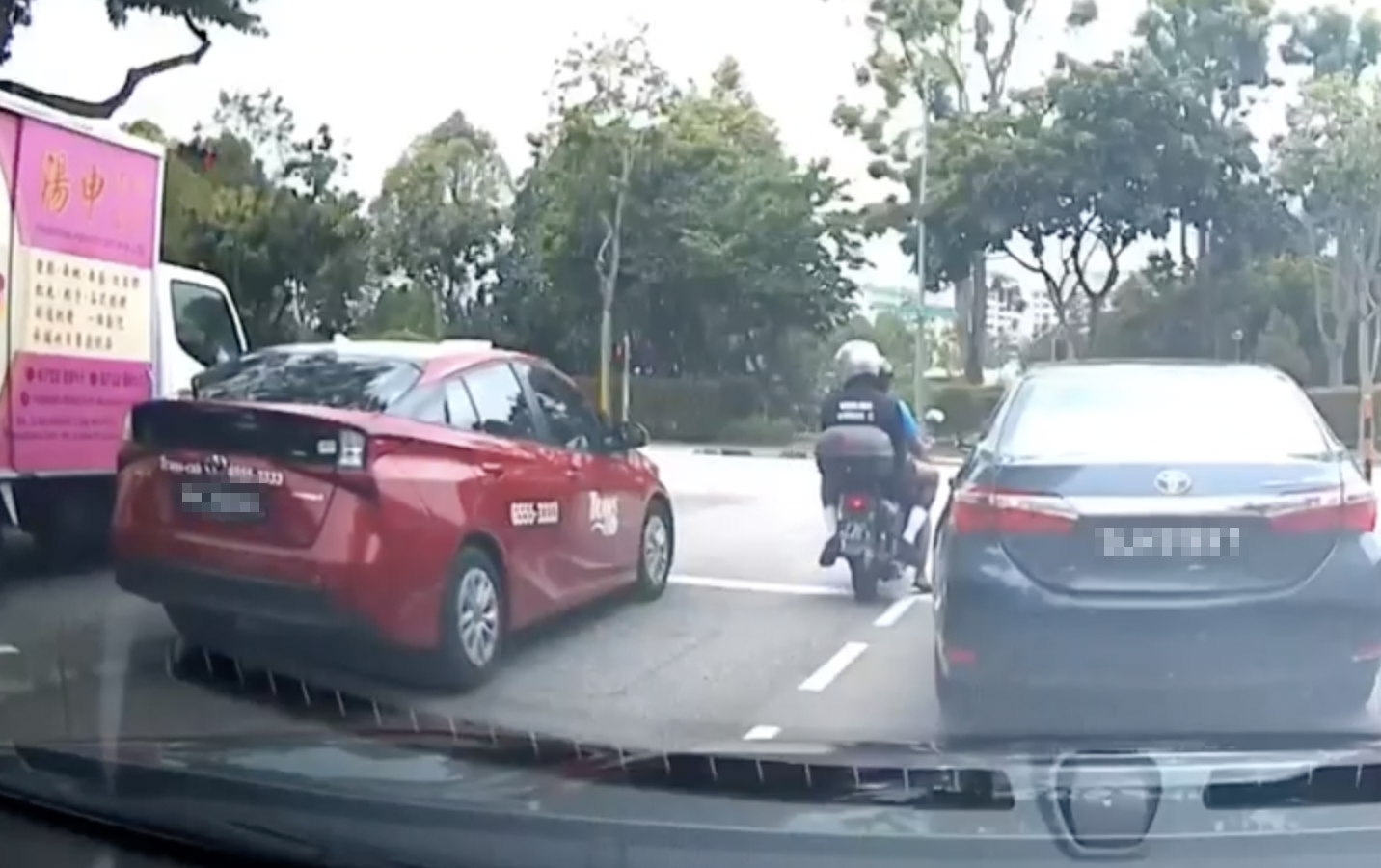 The motorcycle is ahead of the taxi after both vehicles turned, but the taxi soon speeds up and starts to filter right.

However, the taxi is prevented from overtaking as there is another car on the right lane.

After the vehicles go over a hump, the taxi speeds up suddenly and cuts in narrowly in front of the motorcycle.

The driver does not appear to have indicated their intention to overtake by signalling, or any other means.

The motorcycle then overtook the taxi further down along Yishun Central.

As the vehicles approached the Golden Village Yishun building, the taxi caught up with the motorcycle, swerving out to overtake before cutting in sharply in front of the motorcycle to make a left turn.

The motorcycle rider managed to brake, avoiding a collision.

Response to the incident

Mothership has reached out to Trans-cab for comment, and will update this article if they respond.