A 22-year-old woman has taken to TikTok to warn others of a phishing scam that she recently encountered.

Almost fell for the scam as it was quite "convincing"

In a two-minute video she posted on Jan. 27, Glennice Tong said she almost fell for the scam as it was "pretty convincing".

Recounting the incident, Tong said she received a message through Instagram that claimed her pictures had been shared online via a "private Telegram group".

While she thought the claim was "terrifying", she did not quite believe it as she knew from a friend's experience that similar scams had been attempted.

From screenshots of the exchange which Tong shared in her video, the user further claimed that they had "helped [her] report it already", but still advised her to report the group.

When Tong asked for screenshots of the pictures that the group shared, the user said they did not have them as they already reported the group.

They went on to claim that on top of Tong's pictures, the group had also shared "screenshots of chats" between Tong and "some guy" .

When Tong pressed for more details, they claimed the conversation was about "sex and stuff". 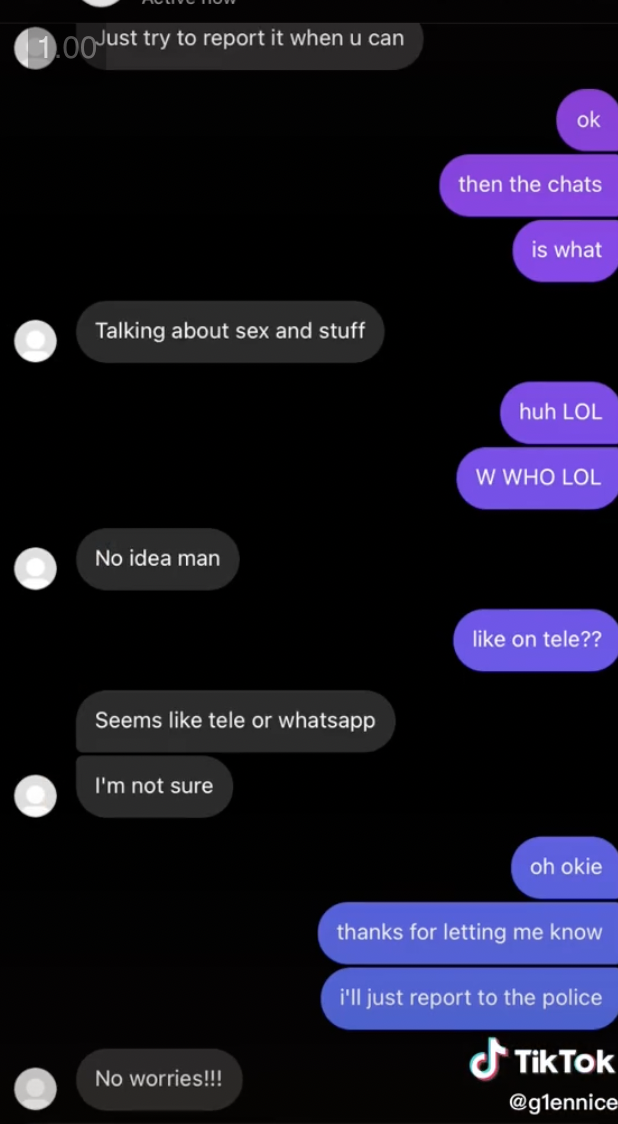 In addition, they claimed that the group was a new one that the admins of "SG Nasi Lemak" Telegram chat group had created.

The "SG Nasi Lemak" chat group circulated obscene pictures and videos, including materials that were taken and shared without the permission of girls and women in Singapore.

It had between 44,000 to 46,000 users at its peak, before getting reported to the authorities and getting shut down.

The user later sent Tong a link to a site that she needed to go through in order to get to the group and report it. When Tong asked why an external site was needed, the user said it was because the group needed to be "more discreet" and prevent others from finding it through Telegram. 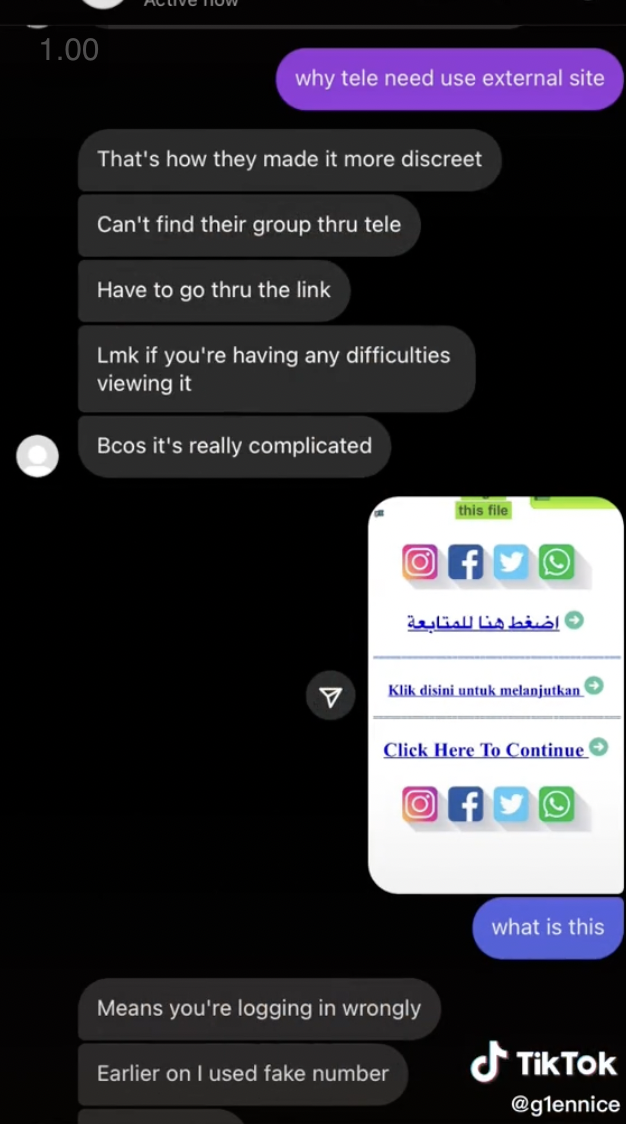 However, Tong had her reservations about using her real phone number and keyed in "123" instead.

Thereafter, when she sent a screenshot of the subsequent page that appeared for her, the user knew that she had used a "fake number".

Tong scoffed at this and said in the video, "(At least" try to be discreet that you know I used a fake number right?"

Continuing to comment on the scam, Tong said the lies given by the user were "not bad" when they explained how the site could identify that the provided number was fake. Tong said she made a police report on the same day she received the messages, and warned other girls to avoid falling for this phishing scam.

Mothership confirmed with the police that a report has been lodged.