ComfortDelGro will be increasing taxi fares for the first time in 10 years in March 2022.

Here are the changes that will take effect at 6am on Mar. 1: 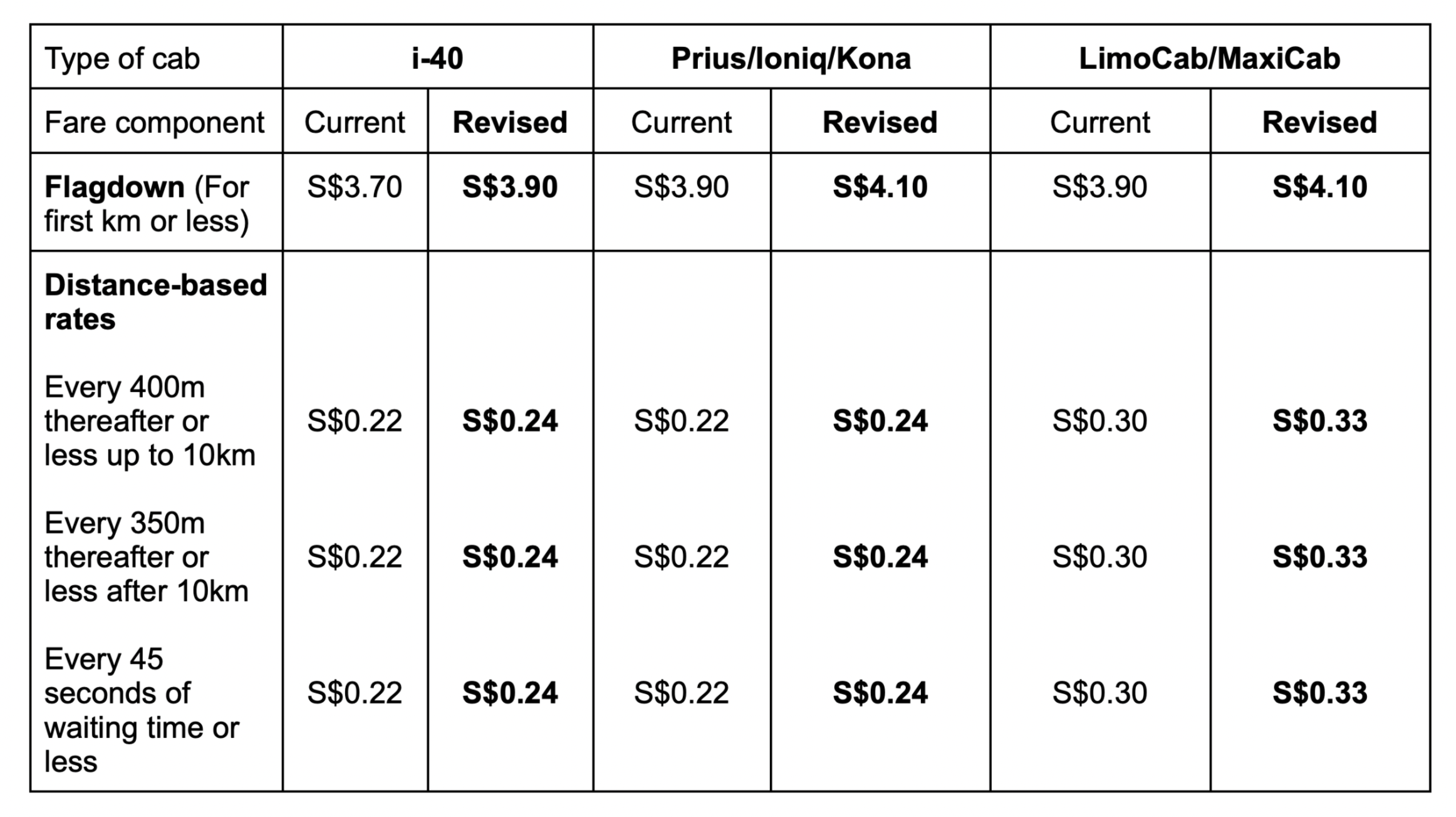 In a press release on Feb. 8, ComfortDelGro said this fare hike is necessary to help cabbies defray higher operating costs due to rising fuel prices and inflation.

Fuel prices increased by about 10 per cent on average in the last six months alone, which is in line with rising oil prices as world economies continue to emerge from the pandemic, they said.

They added that inflation has also been "heading north" with a growth of close to 12 per cent in the last decade.

ComfortDelGro said they have taken into consideration the adverse impact of the Covid-19 pandemic over the last two years on the cabbies' income in their introduction of these fare changes.

Cabbies were still affected even with the government relief and S$206.5 million worth of rental waivers that ComfortDelGro has been extending to hirers since the start of the pandemic.

Prior to proposing these changes, ComfortDelGro had consulted the National Taxi Association (NTA), which is supportive of the fare adjustment.