A woman in Singapore took to TikTok on Feb. 19 to share about her boyfriend renting a Vespa with sidecar to celebrate their anniversary.

The romantic outing on the three-wheeler with the iconic Louis Vuitton monogram design also came with a matching LV helmet. 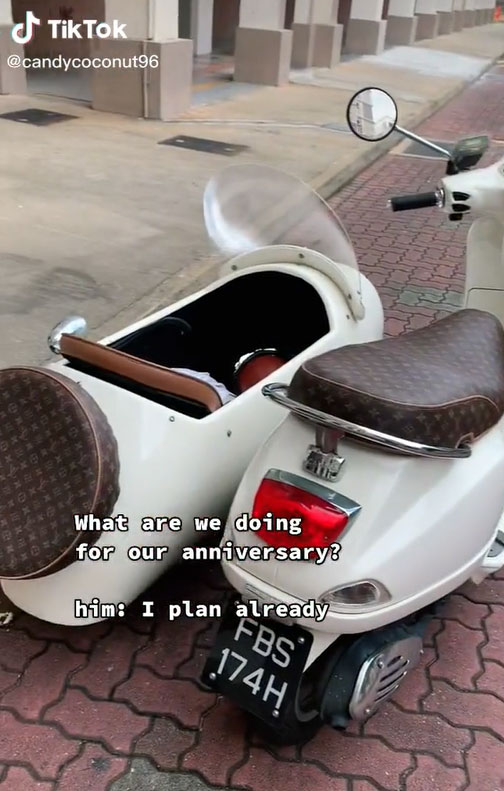 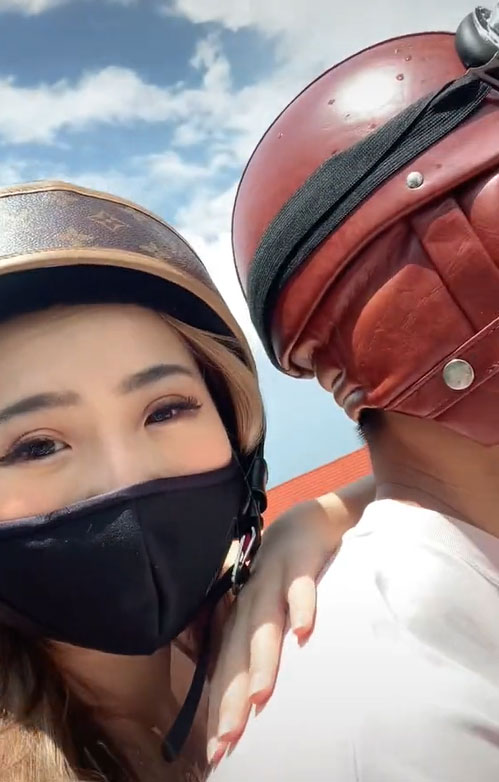 She wrote in the video's caption: "This man really outdid himself ❤️" 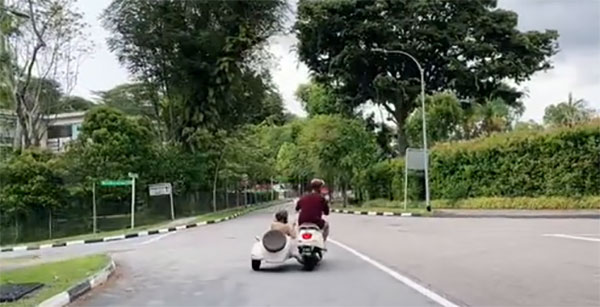 But clearly life has other plans.

Rain made it more romantic

In another TikTok video on Feb. 20, the woman shared that both her and her boyfriend were drenched in a torrential downpour while out riding.

Footage of them in the rain were taken by another vehicle behind them. 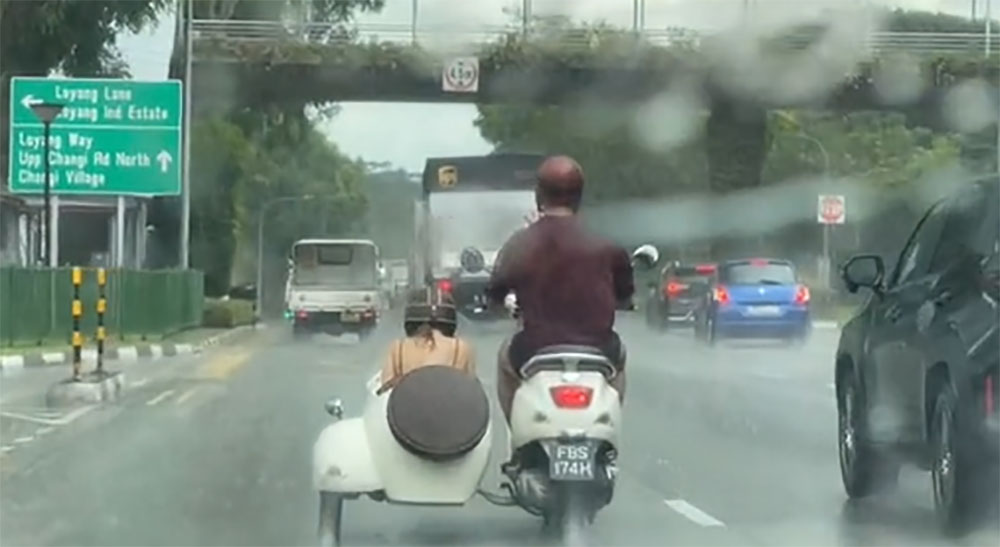 The caption of her video said: "Why people don’t buy Vespas HAHAHAHA"