New information was added to this article based on Irene Zhao's Jan. 26, 2022 nuyou.com interview in Chinese.

A series of non-fungible tokens (NFTs) have generated a staggering S$7.5 million transaction volume within 10 days.

The images look similar in style: Zhao, svelte and willowy, transposed onto a mint green background with various superimposed meme slang text like, "Up Only", "Wen Moon", and "Damp It".

The IreneDAO collection is listed on Opensea, and consists of 1,107 items.

Currently, the cheapest NFT with the crypto slang, "Have Fun Staying Poor", which references the holding on to cryptocurrency regardless of volatility, is priced at 0.94 Ethereum, which is worth approximately S$3,000.

The entire collection has a total trade volume of 2,300 Ethereum, equivalent to at least S$7.5 million.

Started as a Telegram sticker pack

The collection was distributed with a free mint.

Minting an NFT is how digital art becomes a part of the Ethereum blockchain -- a public ledger that is unchangeable and tamper-proof.

It is similar to the way metal coins are minted and added into circulation.

NFTs are also tokens that get “minted” once they are created.

Zhao, originally from Jiangxi, China, graduated from National University of Singapore in 2017 and worked as a commodity broker before dabbling in crypto in early 2021.

The images started as a sticker pack on Telegram, and a fan of Zhao's suggested that they should be turned into an NFT collection.

The fan said they were inspired by fellow crypto Indonesian influencer Ghozali, who made US$1 million from the almost 1,000 selfies he minted as NFTs on Opensea.

Zhao's collection has also caught the eye of big names like Galaxy Digital CEO Mike Novogratz and YouTuber Logan Paul, who have bought into the IreneDAO NFTs.

Zhao created the IreneDAO NFTs with business partner Benjamin Tang as part of their dream of building “Social Collectables", or "So-Col".

So-Col is a decentralised social networking platform where content creators and influencers can convert their social media content into non-fungible collectible items.

How much did Zhao earn?

Zhao described it as a “decentralised version of OnlyFans, Discord, Twitch and Patreon”, according to a Jan. 18 Cointelegraph interview with Zhao.

According to Zhao in a Jan. 26 nuyou.com interview, after news of her NFTs blew up, she said the real earnings was something closer to US$300,000 (S$407,000), and the rest belongs to the IreneDAO community.

This figure could be as high as S$750,000, according to information shared with Mothership.sg via representatives of Zhao.

However, in the earlier Cointelegraph article, Zhao had said money from the project will be funnelled into the IreneDAO community, and used to “experiment the best ways of integrating Web3 into the creator economy”.

DAO stands for Decentralized Autonomous Organization, an internet community that pools together a shared Ethereum wallet.

According to their website, the slogan for IreneDAO is SIMP: Simplicity, Integrity, Meaning, and Purpose. If all these sound like gibberish to you, here's how Zhao explained it on Twitter, essentially what she has achieved with her NFT feat and the concept behind it.

In the most straightforward terms, devoid of nomenclature used by the early adopters of NFTs, Zhao said content creators can now earn money because fans can directly support them via their works, as supporters are putting money directly into the things content creators produce, which also has the effect of investing in it.

In her case, the works are photos of herself.

Here’s why @0xIreneDao is not a fluke or as some may have it, an Asian Fetish. They are missing the real deal. Something bigger underlies the concept that is behind the IreneDao.

Previously, to make a living as a content producer, she has to rely on sponsored posts.

This meant having to subject her followers and fans, such as those on Instagram, to product placements, despite her huge following and being a key opinion leader in her field. 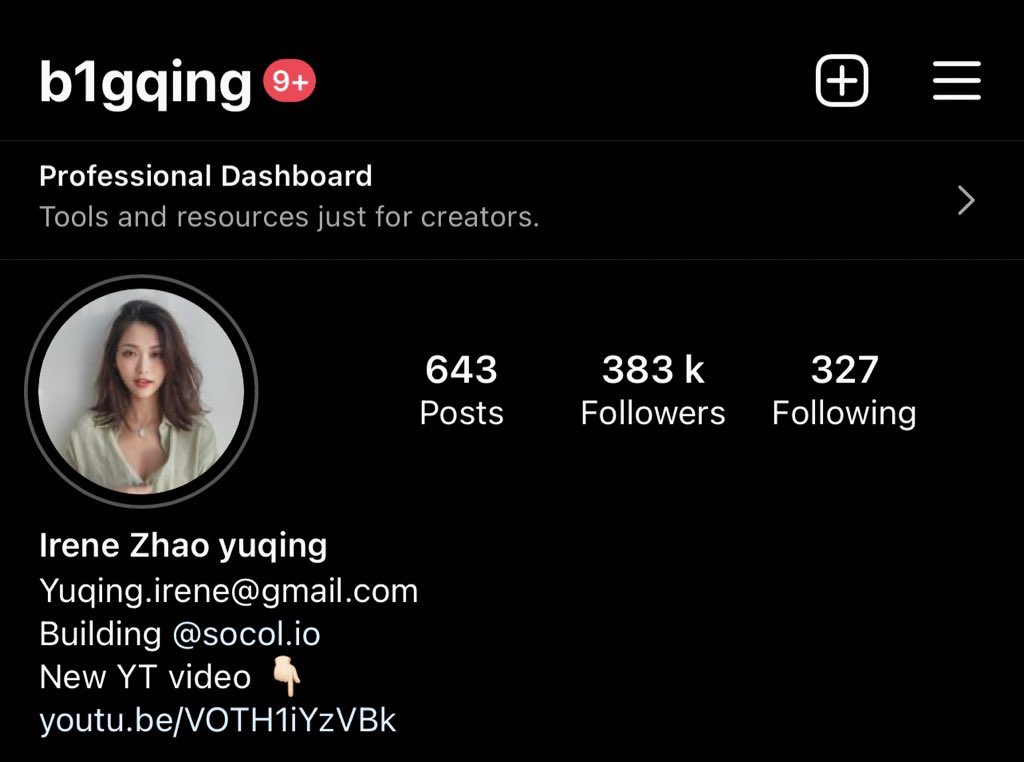 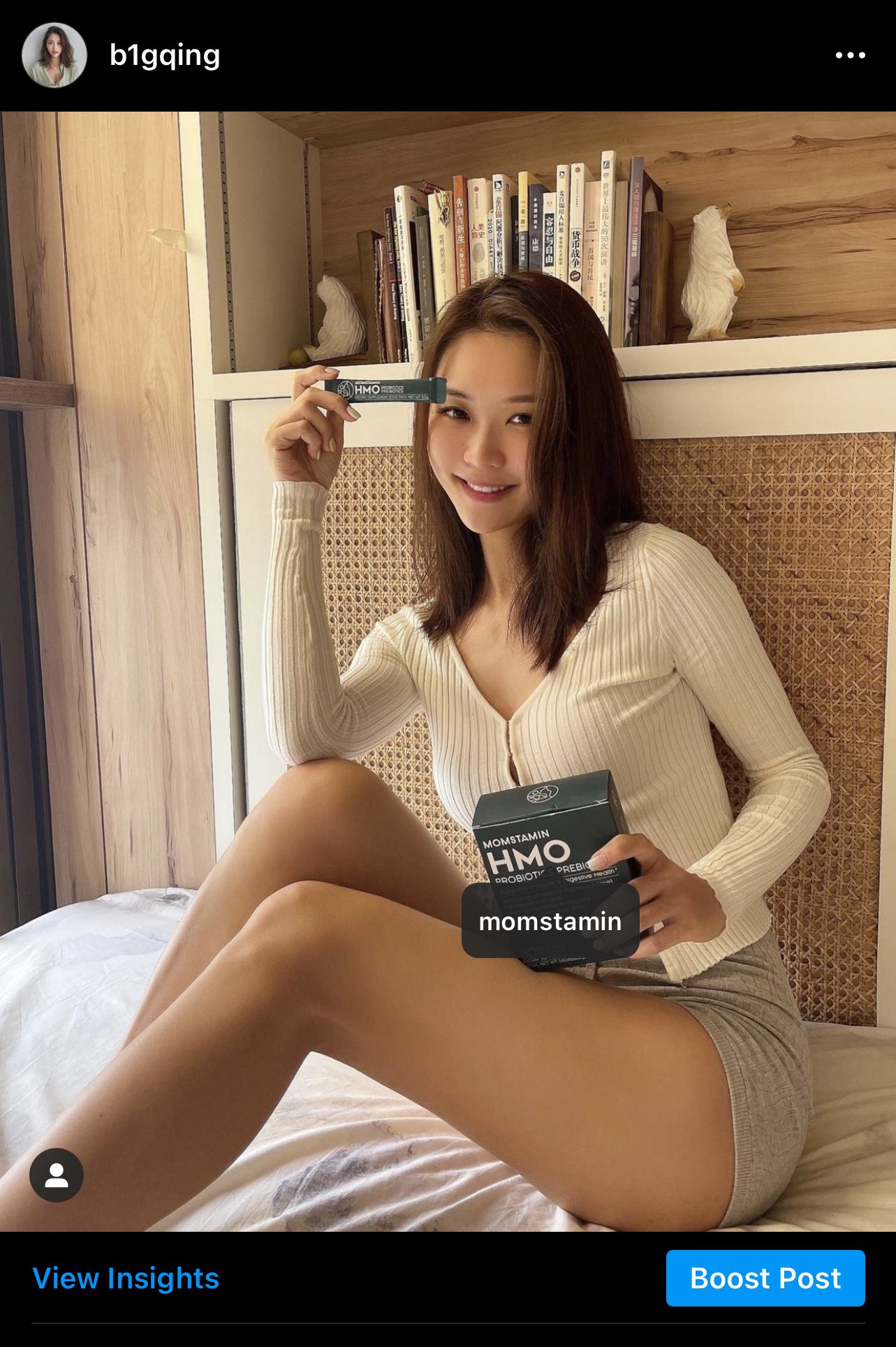 But these platforms are essentially walled gardens, where people are the products.

The monetary rewards of such a system flow into the coffers of corporations that siphon off a majority of the revenue, relegating content creators with few means to monetise what they put out.

Viewed more plainly, a shift to Web 3.0 will see content creators, such as Zhao, earn royalties off their work directly from supporters without an intermediary, such as Facebook or Instagram.

Her IreneDAO community is experimenting with putting the power of monetising their own content directly into the hands of content creators.

Top images via @b1gqing/Instagram and Opensea.