The Singapore Police Force (SPF) is investigating 131 men and women, aged between 16 and 44, following a multi-agency enforcement operation conducted from Dec. 24 to 25, 2021.

The operation was led by Tanglin Police Division and supported by officers from the Singapore Civil Defence Force, Singapore Tourism Board and Urban Redevelopment Authority.

During the operation that targeted licensed and unlicensed public entertainment and nightlife outlets, a total of 29 outlets were inspected.

Four of the outlets were found to have committed breaches under the Public Entertainments Act 1958, the Liquor Control (Supply and Consumption) Act 2015, the Covid-19 (Temporary Measures) (Control Order) Regulations 2020 and the Fire Safety Act 1993.

During the operation, a purported unlicensed "KTV-concept" outlet, furnished with six private rooms, was detected at a commercial unit located along Sophia Road. 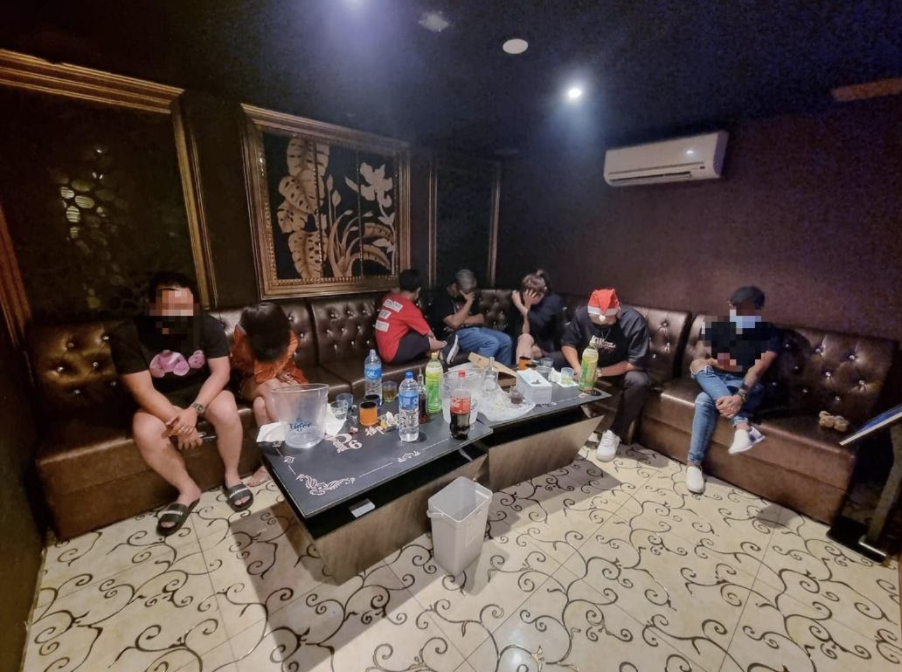 A total of 40 men and 12 women aged between 20 and 44 were found allegedly singing karaoke and consuming liquor within the unit.

Amongst persons found in the unit, a 22-year-old man, who was believed to be the operator of the outlet, was also arrested under the Liquor Control (Supply and Consumption) Act 2015.

He will also be investigated under the Public Entertainments Act 1958.

The operator and 51 patrons are being investigated for non-compliance with safe distancing measures as well.

In another commercial unit located along Sophia Road, 26 men and 29 women aged between 16 and 37 were allegedly found gathering.

All 55 persons are being investigated for non-compliance with safe distancing measures. Another 24 patrons in outlets at River Valley Road and Orchard Road were purportedly found to be intermingling in the outlets, and are also being investigated for non-compliance with safe distancing measures.

Under the Covid-19 (Temporary Measures) Act, anyone found guilty of breaching measures faces a fine of up to S$10,000, imprisonment for a term not exceeding six months, or both.

The respective offences of supplying liquor and providing public entertainment without a valid licence, each carry a fine of up to S$20,000.