A playground in Malaysia has suddenly attracted scorn after photos of it were put up online.

The reason for the unhappiness?

The playground highlighted was filled with sand and has concrete slides.

Photos of playground put up online

The complainant, Amer Narani, described on Facebook the playground located in Kuala Terengganu, Terengganu, Malaysia, as the "stupidest" playground in 2022.

Amer uploaded several photos on Jan. 23, which caught the attention of others.

The post has garnered more than 500 shares and 700 comments.

Amer said it was the "stupidest" playground as the slide was made of concrete.

"If children fall from the slide, their heads will be smashed!" Amer wrote.

Not only did he complain about the slide being hard, he said the area is filled with sand.

He wrote: "Do you think this is a National Service Training Camp (PLKN)?!"

He also questioned how was the playground approved in the first place.

It is unclear when the playground was built.

The other photos of the playground put up showed a metal ladder that appeared rusty, and a hole dug into the sand at the end of the slide. 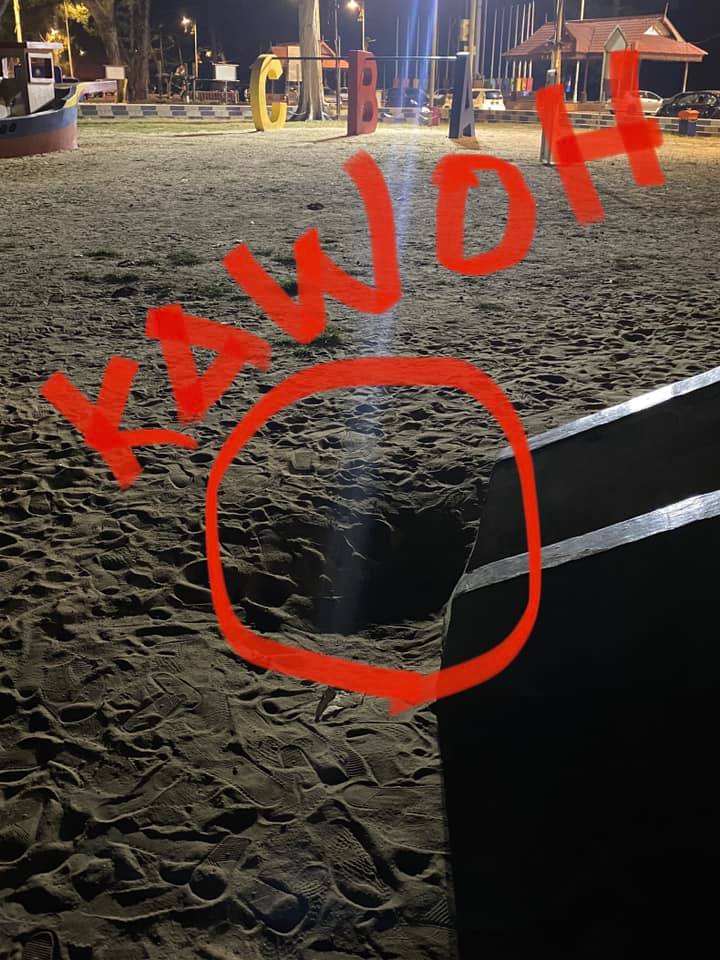 Those who responded to the post echoed Amer's sentiments.

Some commenters suggested that the playground was not suitable for children, while others said it was built using concrete to save costs on maintenance.

"This playground is for adults, not for kids."

"I just brought my kids there, and my kids' shirts are now torn and dirty."

"Just because they are scared to waste money on maintenance, they built a playground using concrete cement."

Slide made from concrete to protect from vandals: Mayor

In response to the complaints, Rozali Salleh, the mayor of Kuala Terengganu, visited the playground on Jan. 24, and said it will be upgraded as soon as possible to ensure visitors' safety, local news agency TRDI reported.

He said he had noted the feedback on the facilities of the playground, and his team will place a rubber mat at the end of the slide and add a fibre covering on the slide.

Rozali shared that the reason the slide was made from concrete was because of environmental factors, such as hot weather and saltwater, TRDI reported.

Kuala Terengganu is by the eastern coast of peninsula Malaysia.

Other than environmental factors, Rozali shared that previously, there were individuals who would vandalise the playground.

"We had previously found a folding knife that was used to damage the playground," he added.

As a result, his team decided to build the slide using concrete to prevent any damage from vandals and to save cost on maintenance.

Playgrounds in the past were built this way

What was lost on commenters and the mayor was that playgrounds in the past were designed and built this way.

Such oldschool playgrounds have mostly been demolished in Singapore, although at least one of them has been preserved in Toa Payoh.

The complaints have compounded the issue of the younger generation being seen as too soft these days, as children in the past made do with playgrounds with such designs and make, until they were upgraded to those that were constructed out of durable plastics.