Dancing in his car

In a 14-second clip he uploaded to his TikTok account, the 22-year-old can be seen dancing along to a song while seated in his Lamborghini.

The video he uploaded was accompanied with the caption: "I'm still ok guys".

His update, which has since attracted close to 200,000 views and 12,600 likes, was also met with many encouraging comments from his fans. 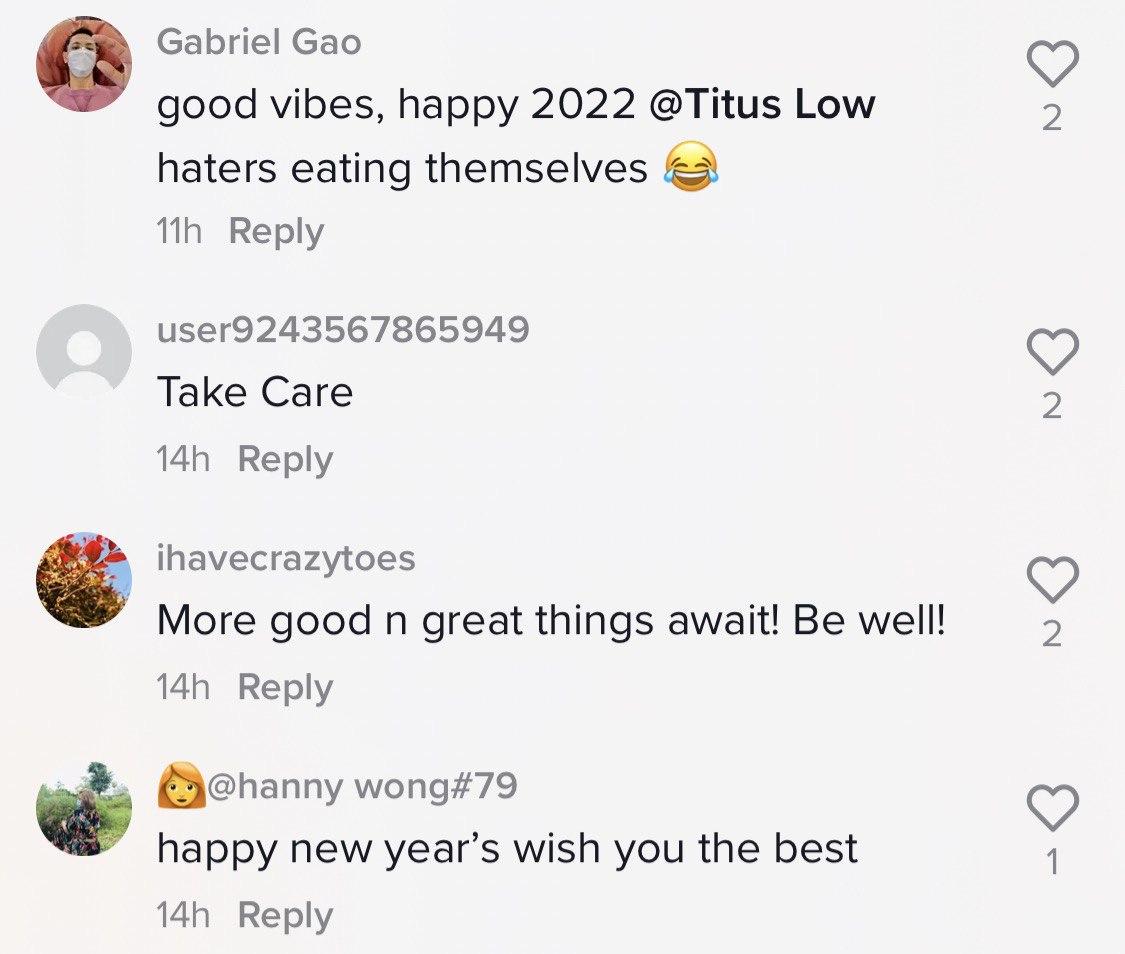 Low also uploaded another video on TikTok an hour later.

In it, Low uses a random generator which gives responses to the phrase: "In 2022 I should..."

The generator produced the response "In 2022 I should follow my dreams".

Low then captions the video saying that this is his New Year's resolution.

Low was charged in court on Dec. 30, 2021 for two counts of transmitting obscene material via electronic means, and one count of failing to comply with an order issued to him.

He was also granted bail of S$5,000 and was told not to access his OnlyFans accounts or to contact any prosecution witnesses.

Later on Dec. 30, Low shared an Instagram story update that he will be taking a social media break "for a few days" after news broke that he had been charged.

He assured his fans that he would "eventually" address the news about him, but wanted to have a happy new year for the time being.

On Dec. 31, The Straits Times (ST) confirmed that Low has also withdrawn from male beauty pageant Manhunt Singapore 2021, of which he was a finalist.

According to ST, the decision for Low to leave the competition was "mutually decided".

Low's case has been adjourned to Jan. 20, 2022 for investigations to be completed.