A Honda recently somehow found itself in a precarious balancing act after an accident in an industrial area in the western part of Singapore.

According to a Roads.sg Facebook post on Jan. 11, the car was "T-boned" (referring to a T-bone accident where the front of one vehicle hits the side of another vehicle, resulting in a T shape upon impact) at the junction.

The other car involved was a Toyota Camry.

In one of the photos, a Singapore Civil Defence Force (SCDF) ambulance can be seen in the background.

A series of photos submitted to the Facebook page showed the car awkwardly positioned across a drain at Lok Yang Way in Pioneer, which is west of Jurong West.

Which makes one wonder: How did the driver even get out, seeing as there was a drain below?

While the curious position of the car drew quite a range of comments, a particular comment noted yet another detail: 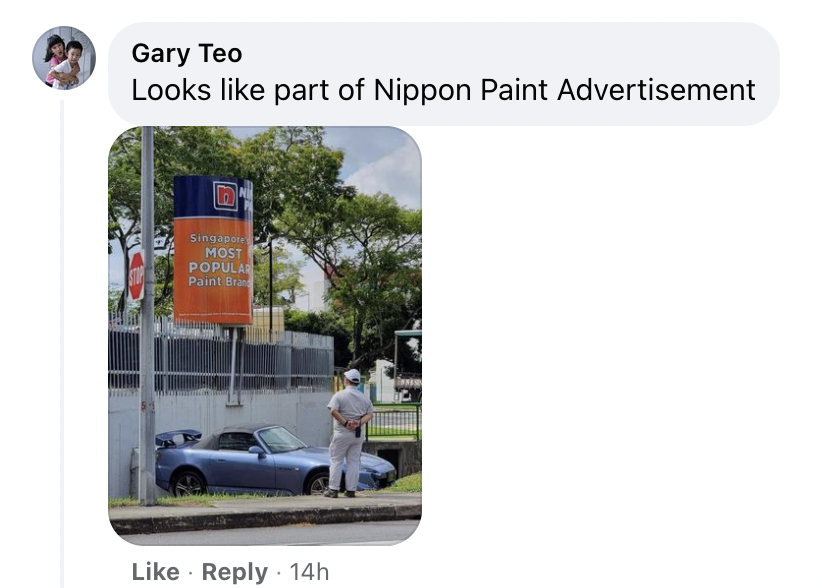 The car — fortunately or unfortunately— found itself in front of a Nippon Paint building, which also happened to have an ad placed right at the spot where the car ended up.

In case there were any doubts, the brand took to the comments section to leave a clarification saying that they did not "sponsor" this.

They also reminded everyone to drive safely.

More cars in places where they're not supposed to be: