Those who love mushrooms or those who cannot take spicy food will appreciate the value of KFC's Shrooms fillet burger.

The burger has been around in Singapore for more than a decade until it apparently disappeared from KFC's menu a while back.

Its disappearance did not go unnoticed, of course.

Missing from the menu since June 2021

A Shrooms fillet burger lover even started a petition to try and revert KFC's decision.

The person observed that the Shrooms fillet burger went missing in June 2021.

Here's why they decided to start this petition:

"Why am I starting this petition: The KFC Shrooms fillet burger has been a staple since most of our childhood, it is affordable and straightforwardly simple, effortlessly becoming one of KFC's signature dishes. Paired together with KFC's cheese fries, Mmmm you will never go wrong.

The simple breaded chicken (no excessive batter), is topped with KFC's signature brown gravy sauce and incorporated with slices of brown button mushrooms. Not to mention that the brown gravy sauce bears a high resemblance to the KFC whipped potato gravy sauce. I am unable to confirm on their exact identities as I am not an employee at KFC, but they are definitely somewhat similar and this is another pointer for all whipped potato lovers to support this petition!"

There were also other queries about Shrooms fillet burgers in the past few months too. Even a rather popular Tiktok recently.

Gone, at least for now

While KFC did not give a direct answer, their reply suggests that the burger is indeed not available, at least for now. 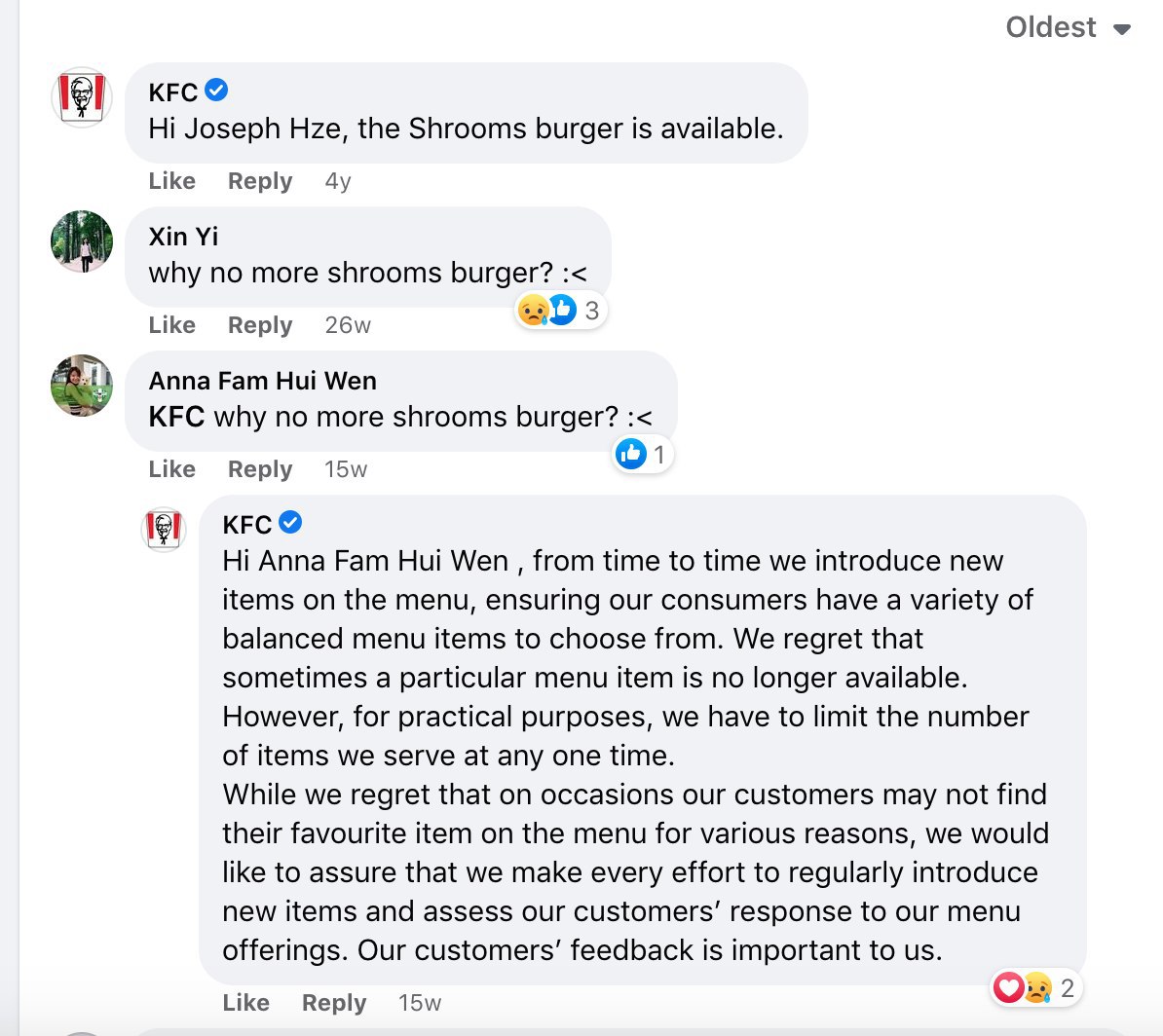 Mothership has reached out to KFC Singapore and will update the article accordingly.