As proof that the world has become smaller due to globalisation and monoculture is taking over, the Island Boys have freestyle mumble rapped a 24-second appeal to National University of Singapore president Tan Eng Chye, calling on the top man at the institution to not shut down Yale-NUS College.

These are the Island Boys:

someone actually paid the island boys to appeal to the nus president😭😭😭😭 pic.twitter.com/FZjw5w7fes

If you really "In Asia for the world", [mumbled for real]

Let the Island Boys pull up and take classes at the New College.

Shoutout to the President Tan. Just listen to the Island Boys.

This is Tan Eng Chye: 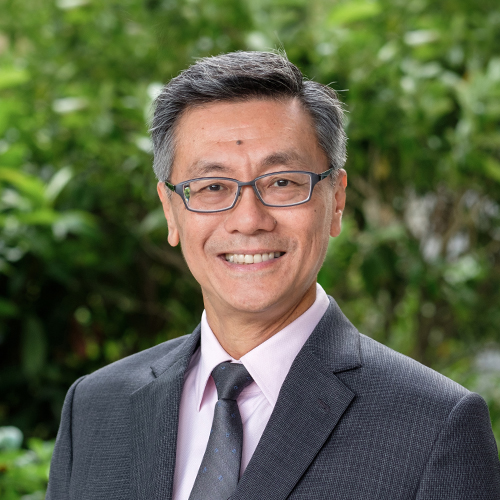 If this is all very perplexing to you, read on.

What is an Island Boy?

Their claim to fame? They fumbled their way through a nonsensical freestyle rap song, Island Boy, in a hot tub and got millions of views and likes on TikTok.

They just made up lyrics on the fly, using basic rhyming patterns, and couldn't even hold a tune, but that is where their appeal lies.

They essentially look like walking human pineapples and have been mocked and booed for just showing up at a club -- where they were believed to have been paid to show up to add to the hype.

Which explains why they are popular because people cannot stop making fun and talking smack about them.

They each have 1 million followers on Instagram, and 5 million on TikTok.

They are from West Palm Beach, Florida.

They have been in prison for various crimes, including burglaries.

How did appeal to Tan Eng Chye come about?

The Island Boys recently created an account on Cameo, where users can pay to request personal videos from the twins.

Someone from Singapore likely paid for the Yale-NUS College shoutout and then put the video online.

This was likely in response to a Jan. 4 announcement by NUS that the new college from the merger of Yale-NUS College and the University Scholars Programme will be named NUS College.

The new college marks the demise of Yale-NUS College.

How much for Island Boys personal shout-out video?

The Island Boys charge S$189 for a video for personal use.

This concept is not new.

Local oddball Steven Lim has been offering the service of paid shout-outs on his Instagram account for S$100.

People engage him for birthdays and to prank friends.

Lim earned enough money during the pandemic via this means to buy himself a motorcycle.