Soft drinks are a must-have during Chinese New Year.

In Malaysia, it is definitely the case as Malaysian shoppers thronged Econsave, a supermarket chain, over the Jan. 7 to 9 weekend, just to get their hands on the carbonated liquid -- by the dozen.

Crowds with no safe distancing

In a video shared on Facebook, customers could be seen crowding around the Coca-cola cartons in an attempt to grab them and throw them into their trolleys.

While people wore masks, no safe distancing was adhered to at all.

In another video, impatient customers could not wait for the staff to restock the cartons on the shelves and were grabbing the products for themselves as the supermarket employees were wheeling out the stock.

Here's another video of the jostling crowds:A damaged carton abandoned on the ground was found at one of the supermarkets in the midst of the shopping frenzy.

All stocks were snatched up as a picture of the empty space where the cartons were placed at one outlet surfaced on Facebook:

Some online criticised the unruly snatching and lack of safe distancing despite the ongoing Covid-19 pandemic, while others made comments about the unhealthy nature of such soft drinks.

Others speculated that the mad rush might be due to merchants who are looking to procure their stock at reduced prices just to resell them at marked up prices later on. 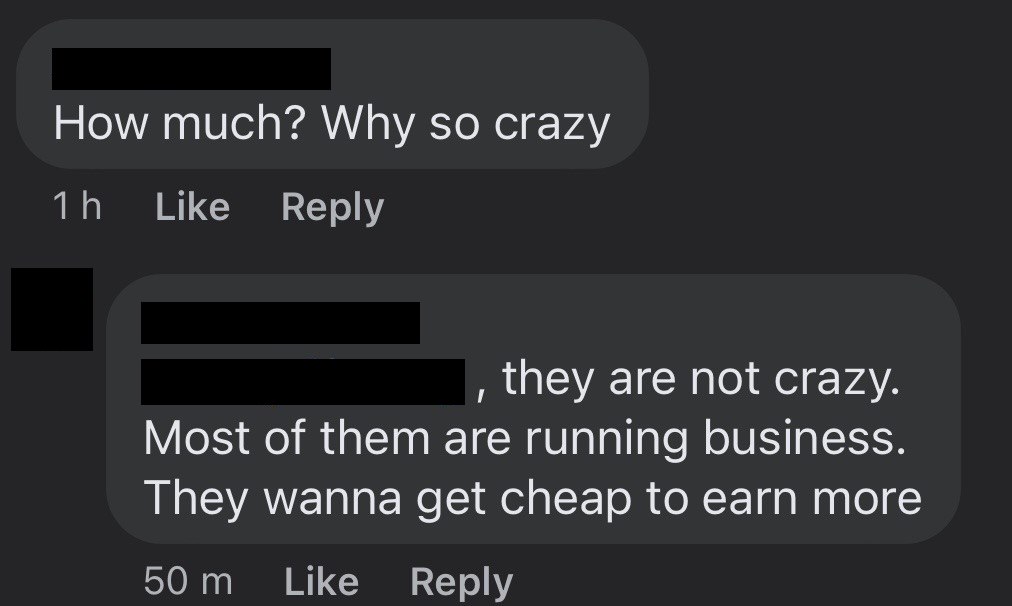 A Malaysian cartoonist likened the phenomenon to the toilet roll frenzy during the Covid-19 lockdown periods.

Econsave first shared the promotions on Jan. 7 on their Facebook page.

The promotional deals were available throughout peninsula Malaysia from Jan. 7 to 9, 2022.

Besides Coco-cola, the promotional image included the following beverage deals:

According to the poster, the discounted beverages were limited to two cartons per family per day.