[UPDATE on Jan. 9 at 7:35pm: This article has been updated with a statement from Perennial (Singapore) Retail Management Pte Ltd.]

[UPDATE on Jan. 10 at 10:35am: This article has been updated with a statement from the Ministry of Manpower (MOM).]

[UPDATE on Jan. 10 at 9:20pm: A previous version of this article stated that MOM identified the occupier of the premises as Perennial (Singapore) Retail Management Pte Ltd. MOM has clarified that the occupier of the affected area is CBRE Pte Ltd. The article has been updated accordingly.]

A man was taken to the hospital after he fell through a hole in the ceiling above the fourth floor at Chinatown Point on Sunday (Jan. 9) afternoon.

A YouTube video showing the man lying on the ground at the second floor of the mall's atrium was uploaded on Jan. 9 by local internet personality Kurt Tay.

In the video, onlookers can be heard conferring among themselves in Chinese and Hokkien, with some concerned passersby heard inquiring as to whether anyone had called for an ambulance.

They are also heard talking about how a "wooden board" gave way.

Onlookers are also saying that it would be best to wait for the ambulance to arrive, and not to move the injured man in the meantime.

According to Tay, the injured man was a worker who fell after a part of the ceiling broke.

A loud sound was heard as well, said Tay.

In the video, police officers are seen at the scene, and one of them appeared to be speaking to a man wearing a "Security" shirt while gesturing above at the hole in the ceiling. 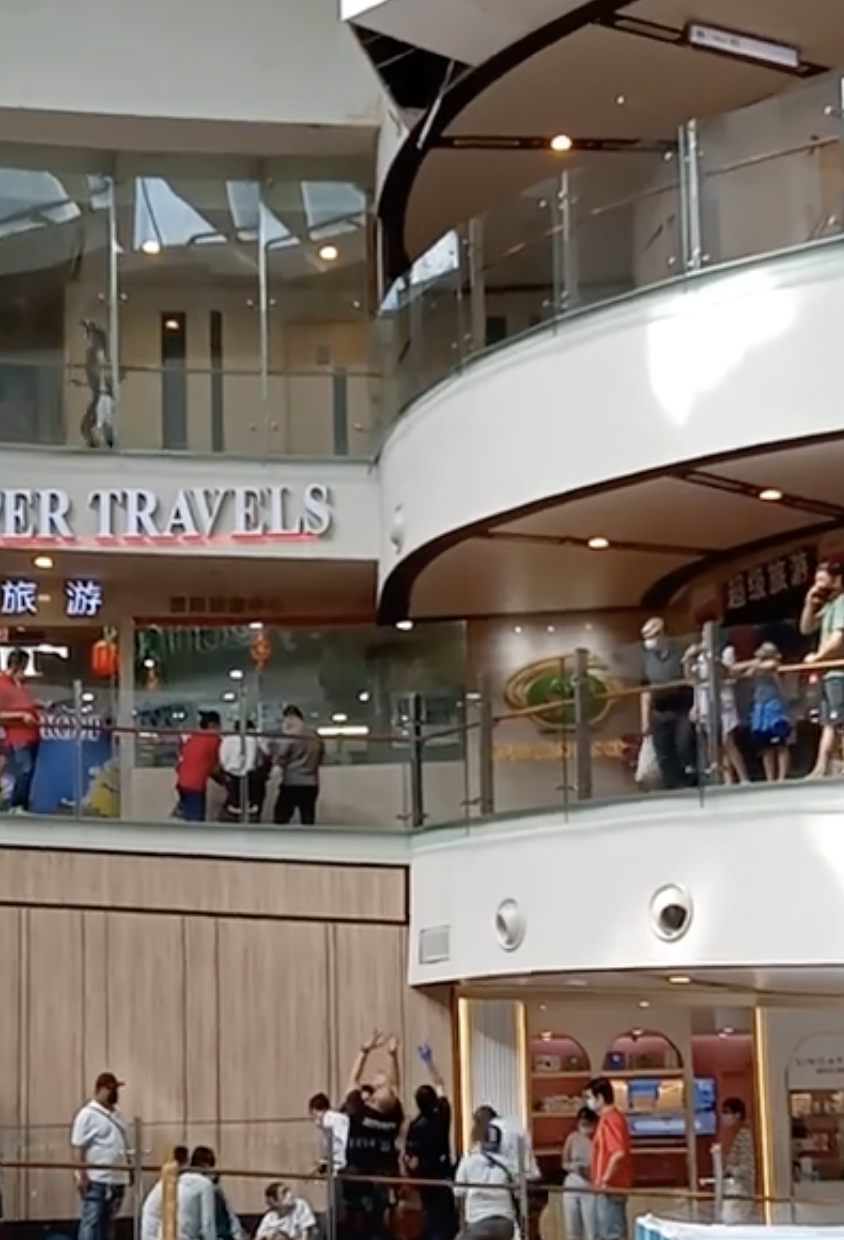 Shortly after that, a group of people in personal protective equipment arrive and carry the man away on a stretcher, as a crowd of onlookers watch from the third and fourth floor. 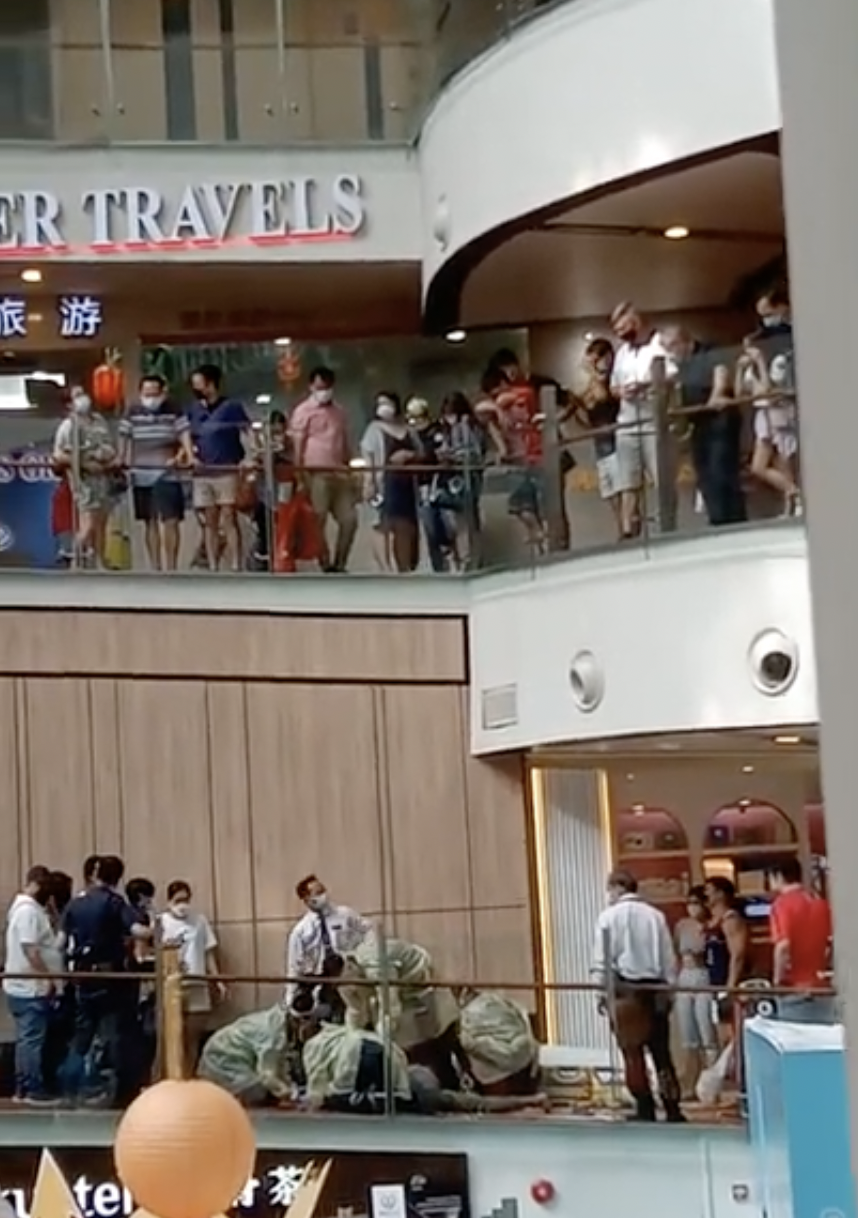 The ceiling panel which allegedly gave way was located just beneath a large flat-screen display that overlooks the mall's atrium.

One person conveyed to SGH

Responding to queries from Mothership, Perennial (Singapore) Retail Management Pte Ltd said that the man was "a worker appointed by the property's MCST to perform scheduled works".

He fell from a restricted access area on Level 4 and landed on the corridor on Level 2, said Perennial in its statement.

"A security officer on duty rendered immediate assistance while the property's management team called the ambulance.

The injured worker, who was conscious, was conveyed to Singapore General Hospital at 3.34pm.

No one else was hurt in this incident.

The incident area on Level 4 remains closed off. We are working closely with the property's MCST and relevant authorities to investigate the incident."

The Singapore Civil Defence Force (SCDF) told Mothership that it responded to a call for assistance at 133 New Bridge Road — the address of Chinatown Point — at around 3:30pm,

Statement from Ministry of Manpower

The Ministry of Manpower (MOM) said that there was a "workplace accident". The statement added:

"A 28-year-old Bangladeshi worker was carrying out waterproofing works within the ceiling plenum at the 4th level of the retail mall when he fell through the ceiling board and landed on the 2nd level below. He was conveyed to Singapore General Hospital, where he remains warded for treatment."

MOM also identified the occupier of the affected area as CBRE Pte Ltd, and the employer as Vectron Construction Pte Ltd.

MOM said it is investigating the accident and has instructed the employer to stop all works at the ceiling plenum.

Top image via video by Kurt Tay on YouTube