A man was seen perched outside an HDB flat to fix an external air-conditioning compressor, according to photos uploaded to the Singapore Home DIY Facebook group on Jan. 11.

The heart-stopping shots depicted the worker without a harness outside the flat with his entire weight apparently resting on the air compressor while dangling from 11 or 12 floors above ground. 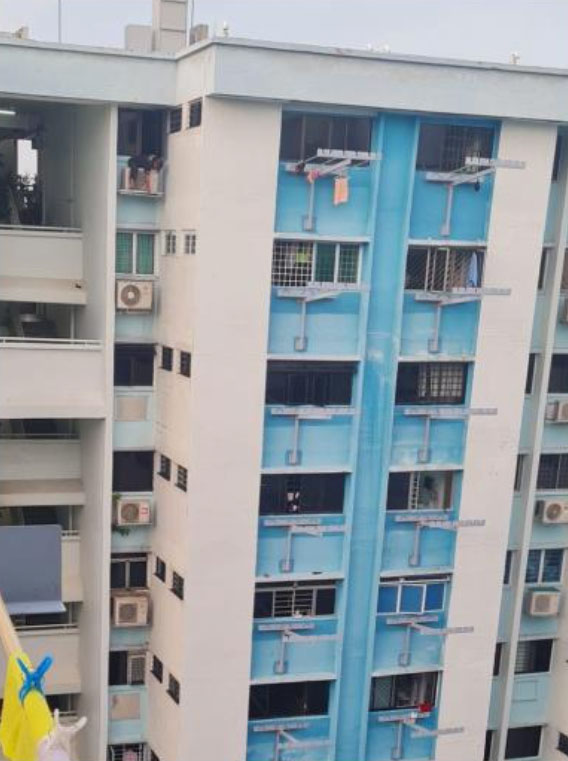 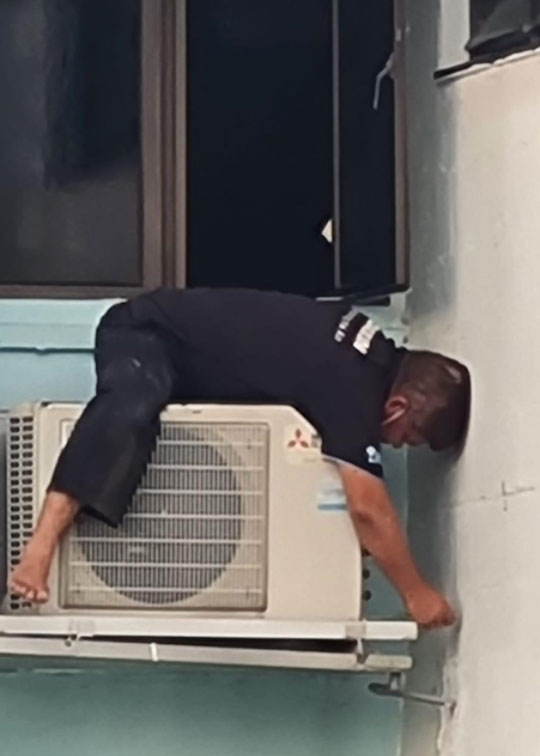 Some commenters questioned if it was even worth it to earn a few hundred dollars for the job while risking it all while carrying out one's vocation.

At least one commenter said they have seen such repair work carried out on their own compressor unit at home, but the worker perched outside the flat on the eighth floor had used a harness.

This method of going outside the unit to assemble or repair the compressor unit is apparently the only feasible way of getting the job done for older HDB flats, the commenter also noted.

However, the recommended method for such assembly or repair work is to make use of at least a lifeline to stop falls.

Falling from a height at work a perennial problem

The Ministry of Manpower (MOM) said in response to media queries that falling from a height was one of the top two causes of workplace fatalities.

Falling from a height was also among the top three causes of workplace major injuries in the first half of 2021, as per MOM's Workplace Safety and Health Report for January to June 2021.

There were 35 reported falls from height in the first six months of 2021.