Scores of ambulant elderly persons were left temporarily stranded on the train boarding and alighting platform after the lift broke down.

Photos of a queue of elderly persons waiting to exit the platform after alighting from the train were put up on Facebook on Dec.13.

The elderly persons waiting for their turn to be helped up the stairs by SMRT train station staff were seen on wheelchairs and personal mobility aids. 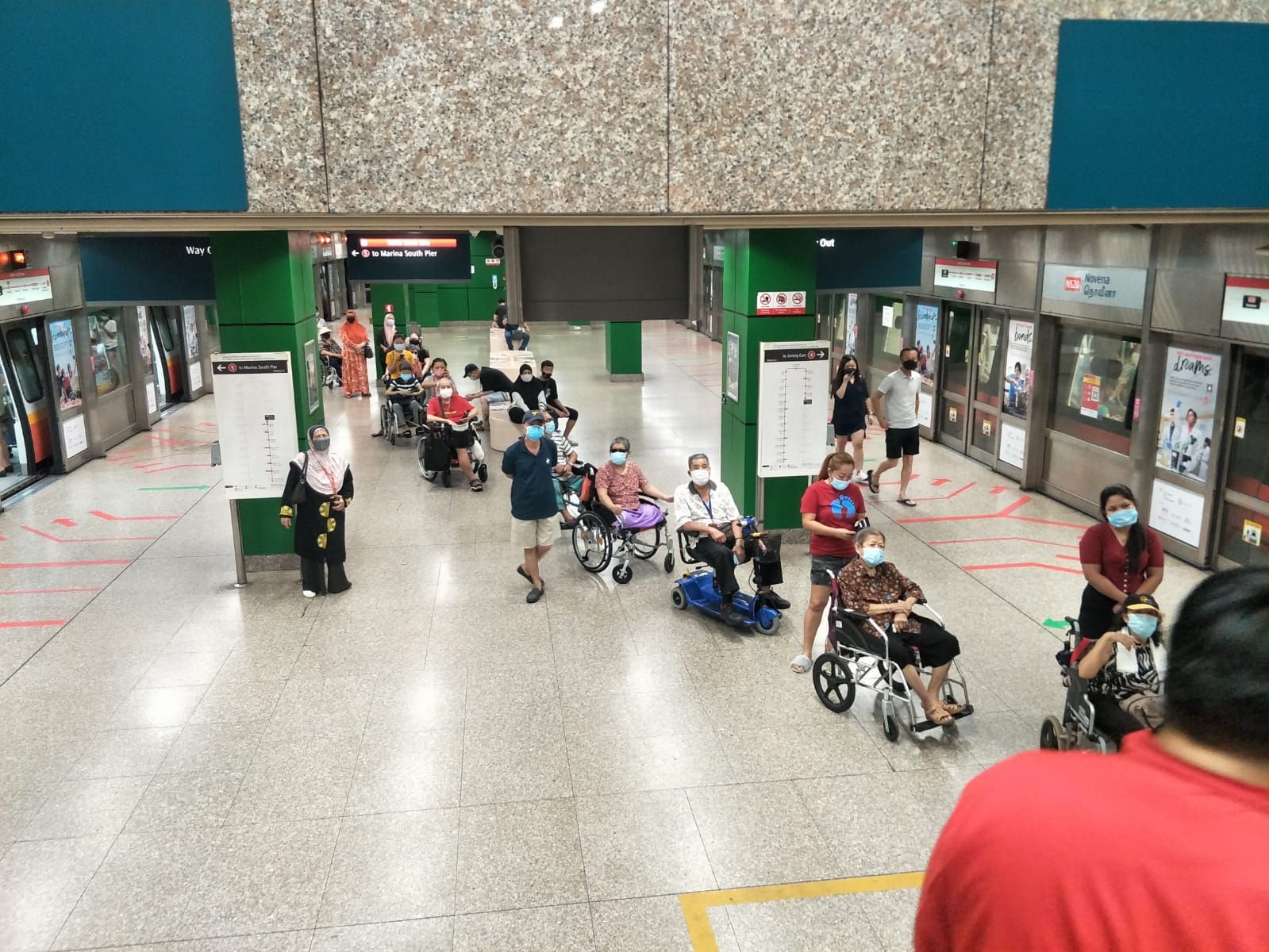 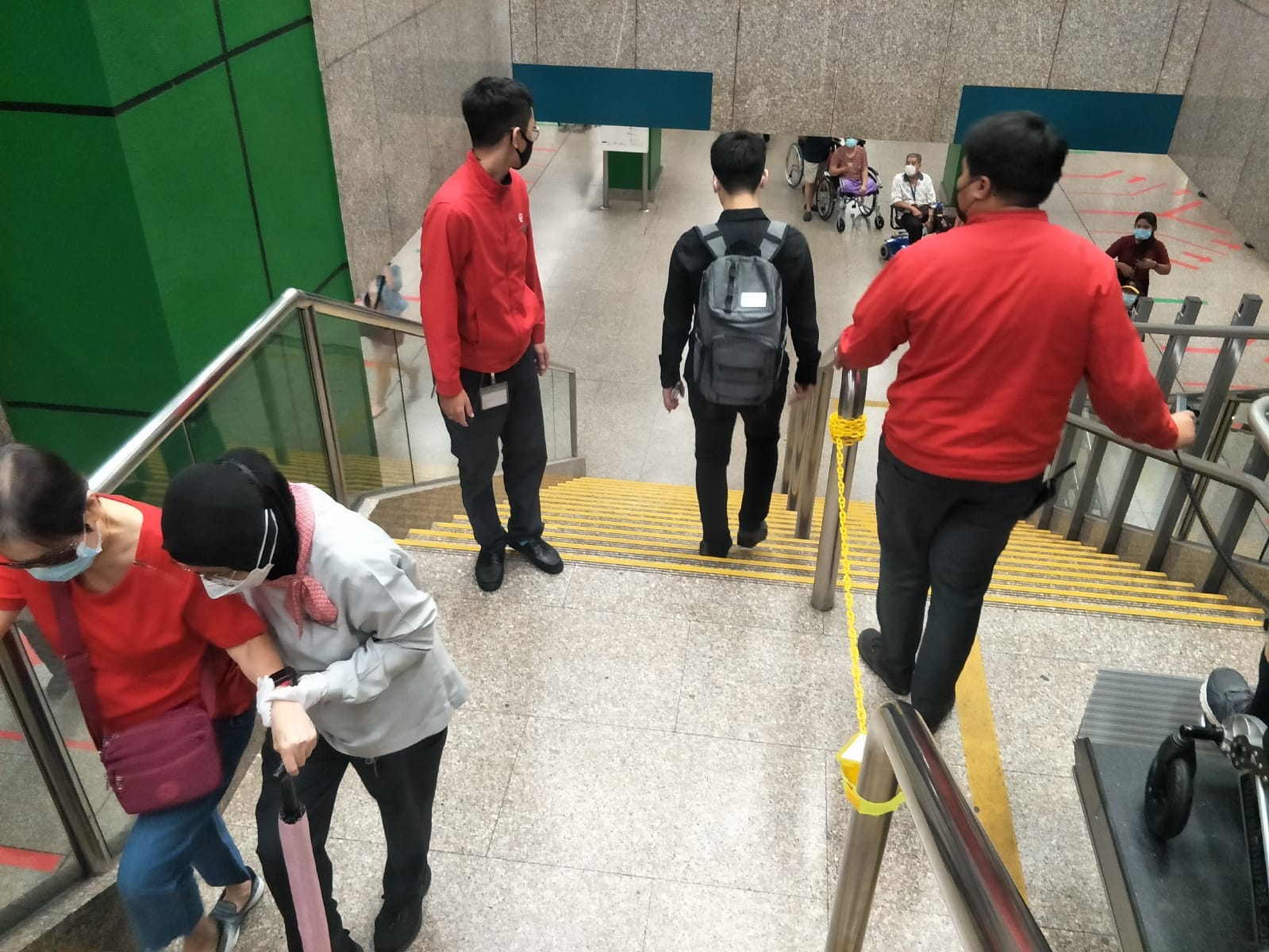 According to the caption of the Facebook post, the queue was "insane" as "the lift was not in working condition".

It is understood that there is only one lift that connects the platform to the gantry entry and exit area.

The person who took the photos wrote that all the staff in the station were deployed on the spot to help the elderly persons with difficulty getting around and up the stairs.

The caption for the photos also said that the elderly might be late for the medical appointments at TTSH as a result.

The Novena MRT station typically sees a large number of elderly persons as they make use of public transport to get to Tan Tock Seng Hospital, which is a five-minute walk away.