An extra spoon at Llaollao will cost S$0.50 — this is what one Mothership reader learned after visiting Llaollao's outlet at Great World City on Nov. 30.

According to the reader, she was paying for her yoghurt when her husband took an extra spoon from the counter. An additional S$0.50 was charged to her card.

There was "no sign to indicate" the extra charges, she said.

She added that the spoons were "not hidden" and "pretty accessible".

The next thing the Mothership reader did was to write in to the brand, suggesting that a sign should be placed at the counter to inform customers about the additional charge for spoons.

This was sent via an Instagram Direct Message (DM).

This was the reply she received: 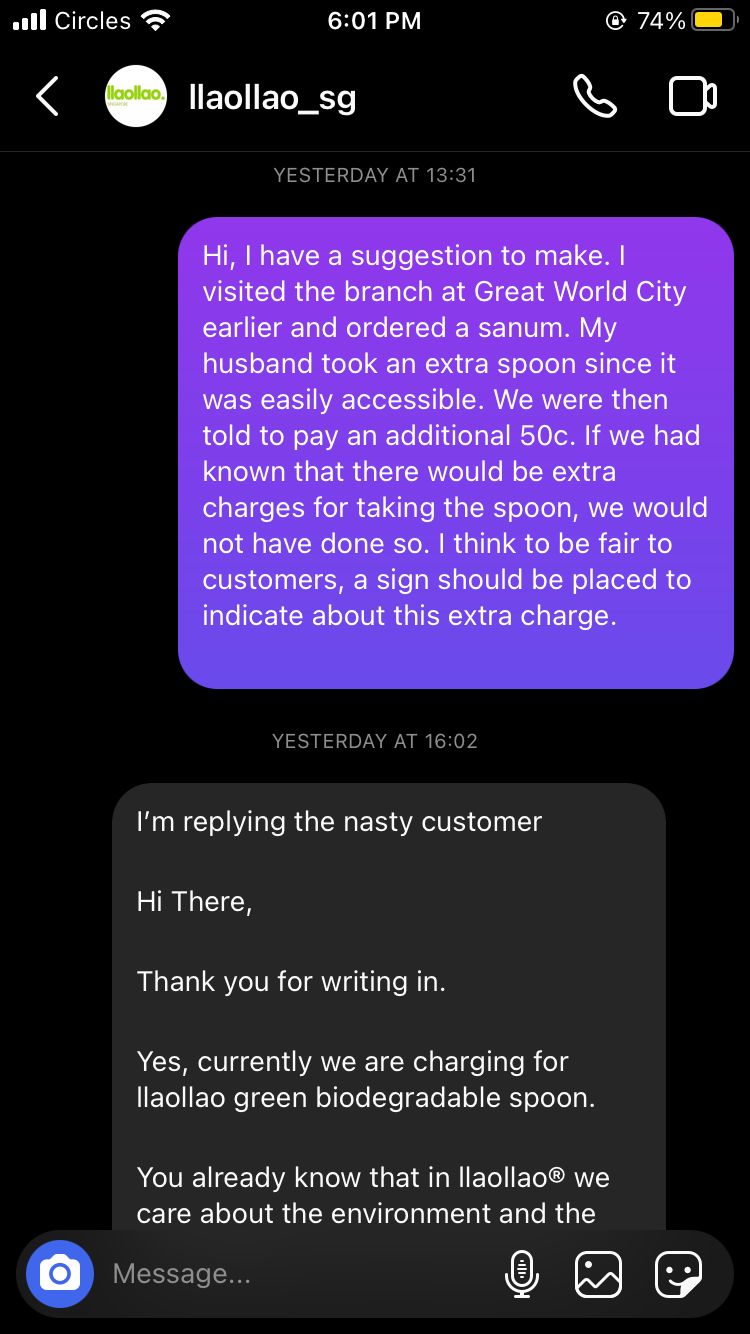 The first line of the reply said "I'm replying the nasty customer", which led the customer to believe that it could be a "copy and paste" situation, with the staff forgetting to remove that line before hitting send.

The reply confirmed that Llaollao has left behind their plastic spoons and replaced them with biodegradable ones, which they are now charging for.

It also said that they are "working on communication to facilitate this issue".

The Mothership reader then sent another message saying, "How am I nasty when you are not even clear with your extra charges my goodness."

Mothership understands that Llaollao has reached out to the customer as of Dec. 2.

In response to Mothership's queries, a Llaollao representative said that since March 2021, the brand has left behind its plastic spoons, substituting them with Polylactic Acid (PLA), a compostable biodegradable material.

"In our local effort and to align with the green environment initiative, we try to deter unnecessary usage by charging a small token for additional spoons per serving."

After "monitoring the situation", the brand said that they have revised the position to allow up to two spoons per serving with the third chargeable at S$0.50, effective from Dec. 2021.

This will hopefully help the brand "balance the green initiative" while also mitigating customers' expectations, the statement said.