A Singaporean man found himself an unlikely new friend on the way back home from work one day.

In a series of TikTok videos uploaded to his account @fyxxn94, Muhammad Alfian Bin Abdul Ramlan documented his encounter with one mute elderly man with disabilities, and their exchanges over the next few days.

Spotted the elderly man struggling to get home

Alfian shared in a TikTok video that he was on his way home when he bumped into an elderly man in a wheelchair.

He noticed that the elderly man was struggling to push his heavily-loaded wheelchair by himself.

He also realised that the man's leg was swollen, and suspected that it was because of diabetes.

Alfian didn't think much of it at the moment and walked away, but later decided to return to the man after realising that he was alone and probably needed help to push his wheelchair.

He approached the elderly man to offer his assistance but had trouble communicating with him as the man was mute. 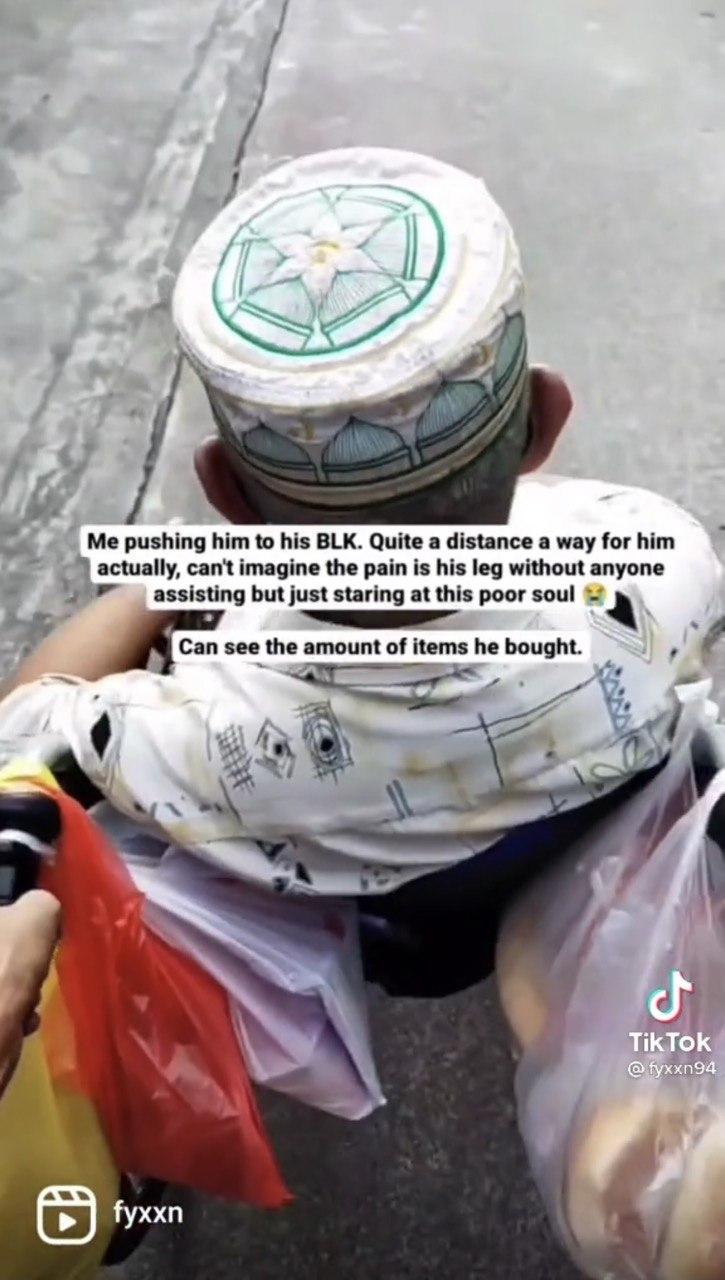 Alfian managed to decipher that the elderly man needed to buy some bread and for someone to push him home.

"Can't imagine the pain [in] his leg without anyone assisting but just staring at this poor soul," said Alfian in his video.

After arriving at his home, however, Alfian realised that the man lived alone and his house was in disarray. 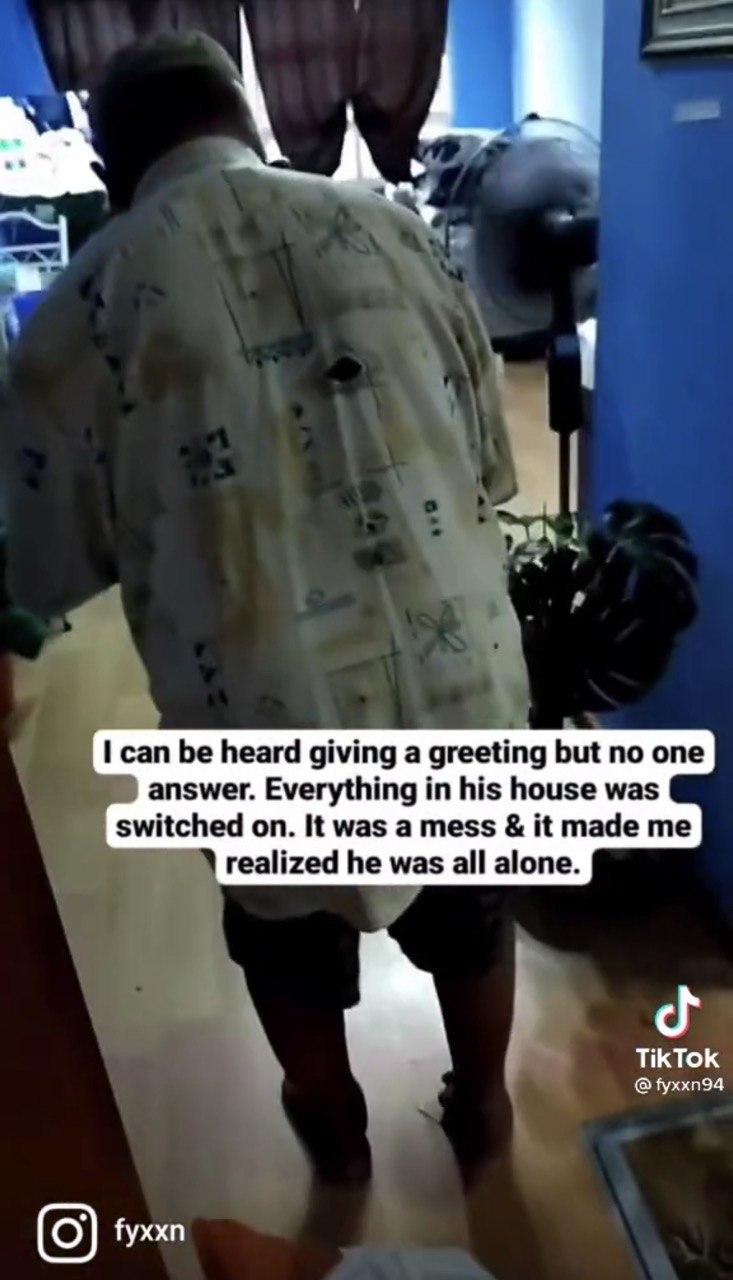 The elderly man asked Alfian to teach him how to send text messages, and that he would like some help around the house.

Alfian provided the man his number and promised to visit again when he's free. Before leaving his house, the elderly man gave him a bag of bread.

"My heart was moved and there was tears in his eyes," said Alfian. 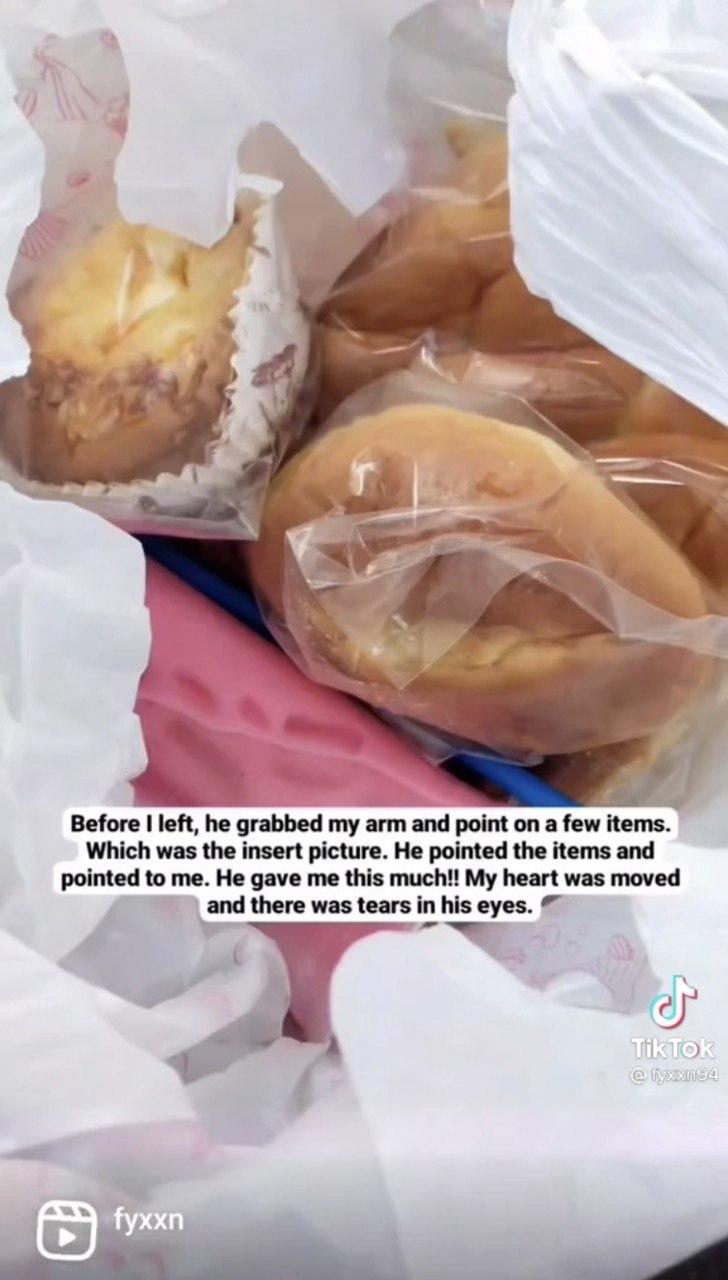 Alfian also made a point to tidy up the man's hall before he left.

The man hugged him as he left, and reminded him to lock the gate on his way out. 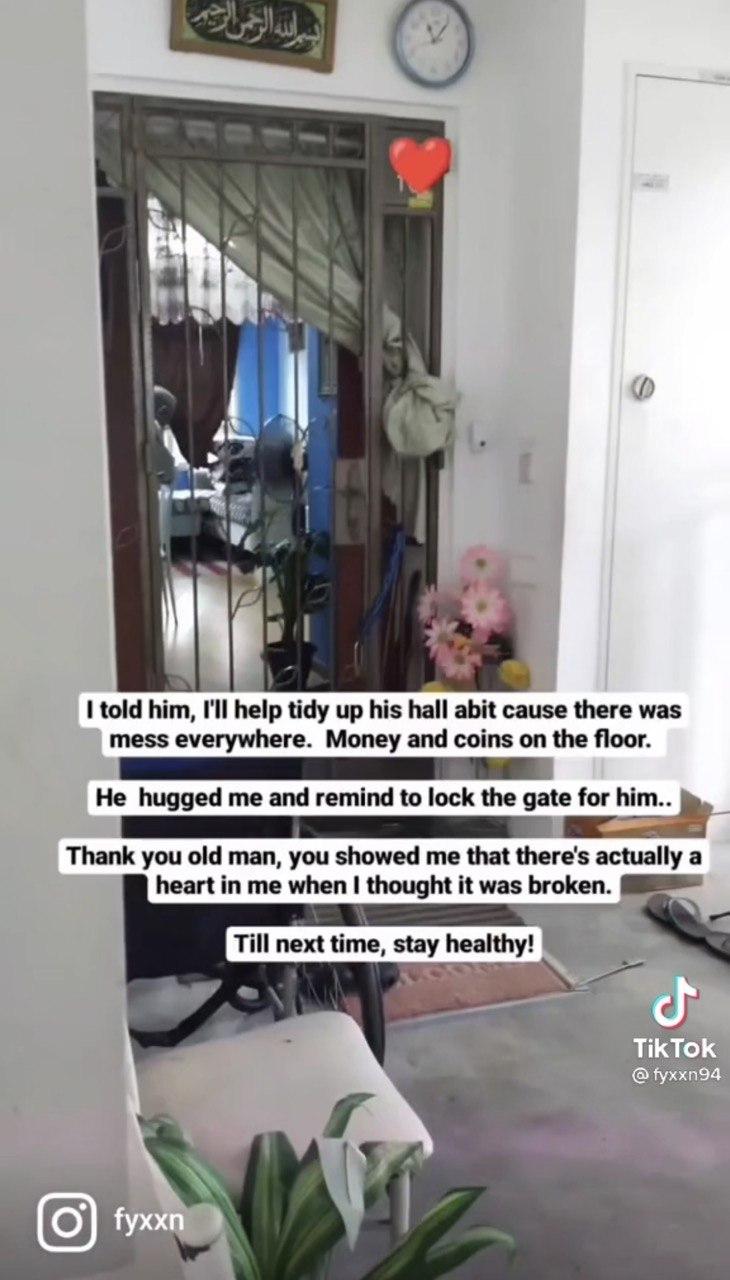 "Thank you old man, you showed me that there's actually a heart in me when I thought it was broken," said Alfian of the episode.

Paid the elderly man another visit

Keeping to his promise, Alfian paid the elderly man another surprise visit and documented it in another TikTok video.

This time, Alfian brought Milo, some cakes and chicken porridge. 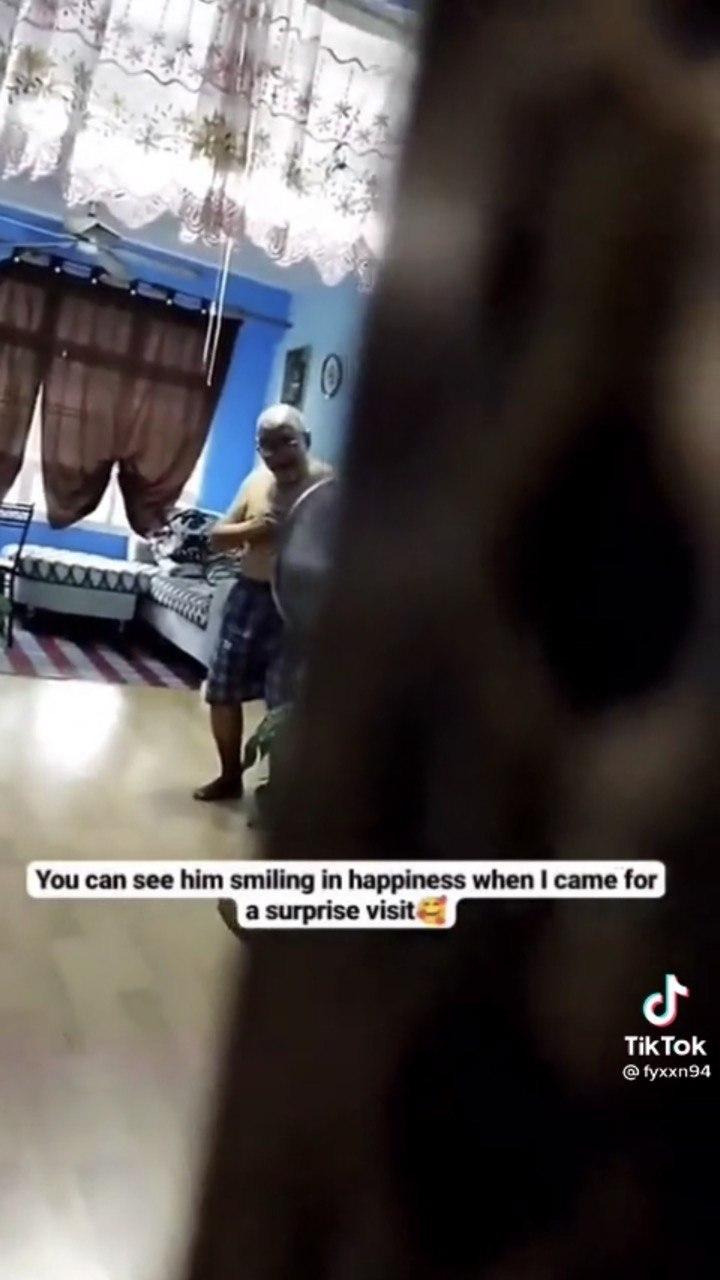 It seemed like the elderly man was expecting Alfian as he had prepared a large jug of coffee to serve his guest. 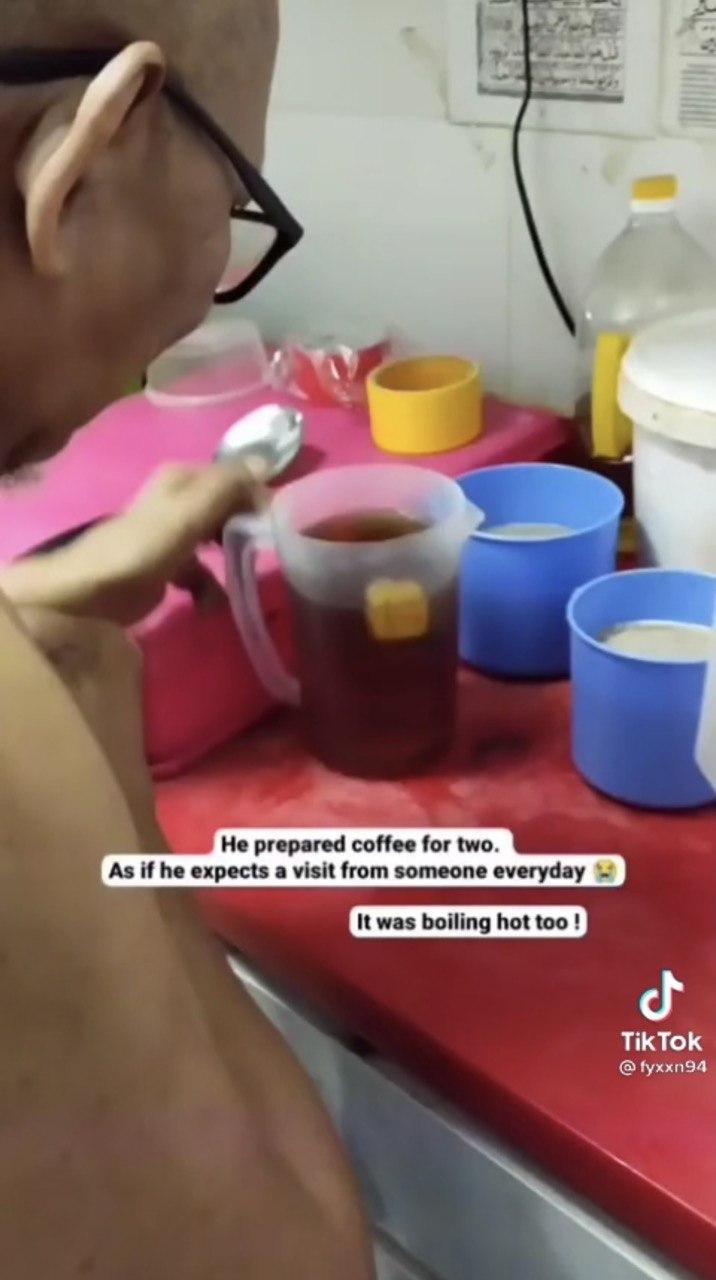 Alfian also replenished the elderly man's stock of straws at home, presumably after noticing that he was running low during his first visit. 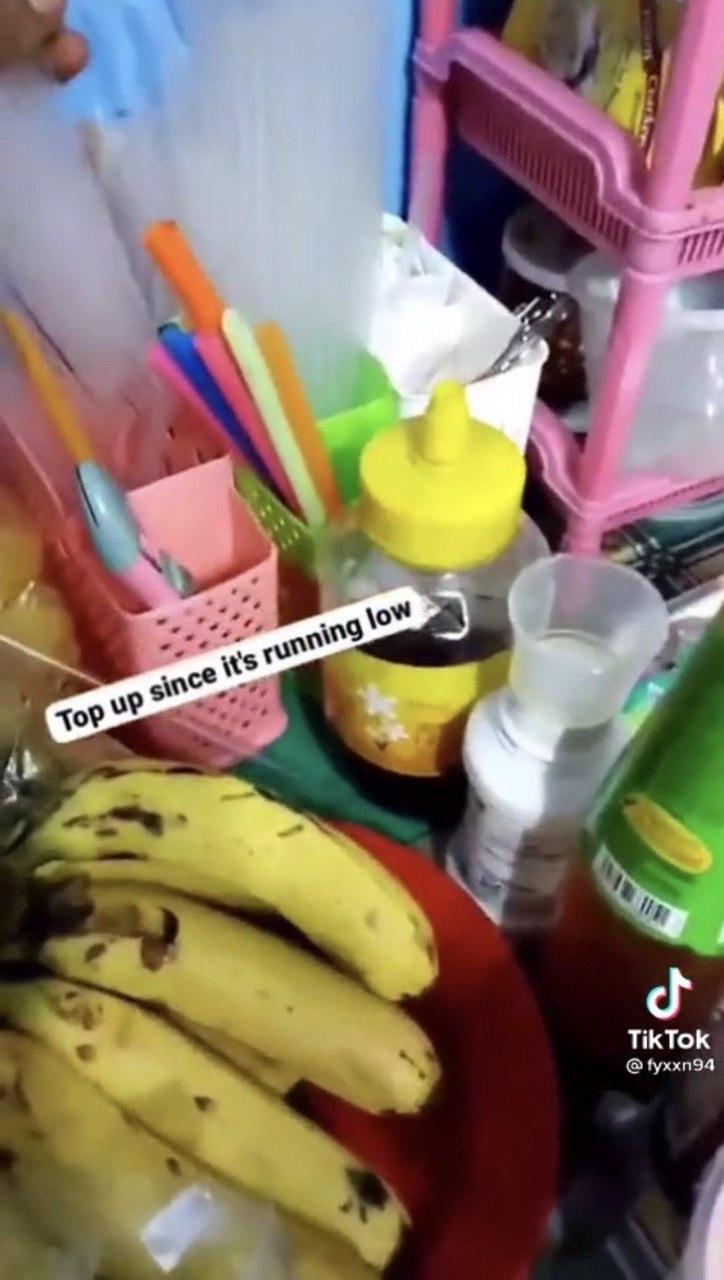 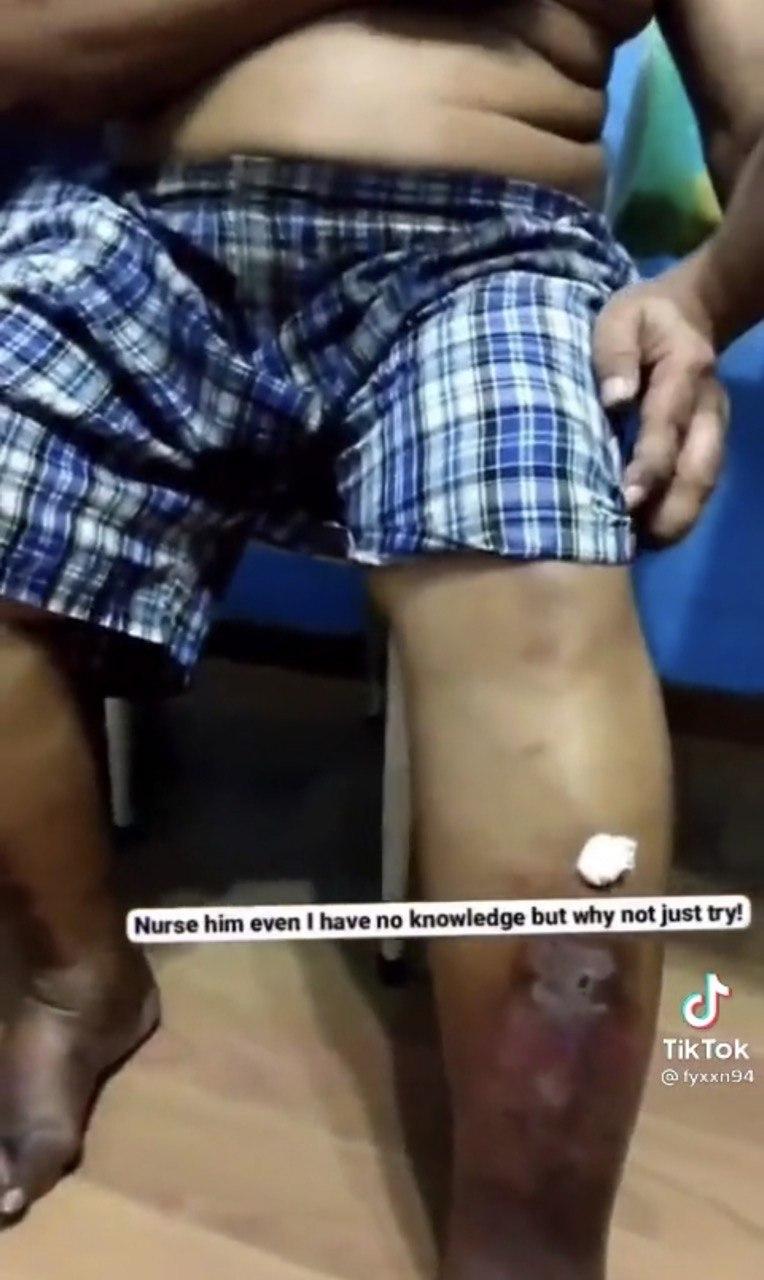 Man was left with limited mobility following a robbery

The elderly man then shared with Alfian some details about his life.

According to him, in 1999, he had suffered a brain injury that left him with limited mobility after getting robbed while asleep.

The robber apparently also took S$500 from him. He also shared more about how he hardly has visitors, and often has to fend for himself. 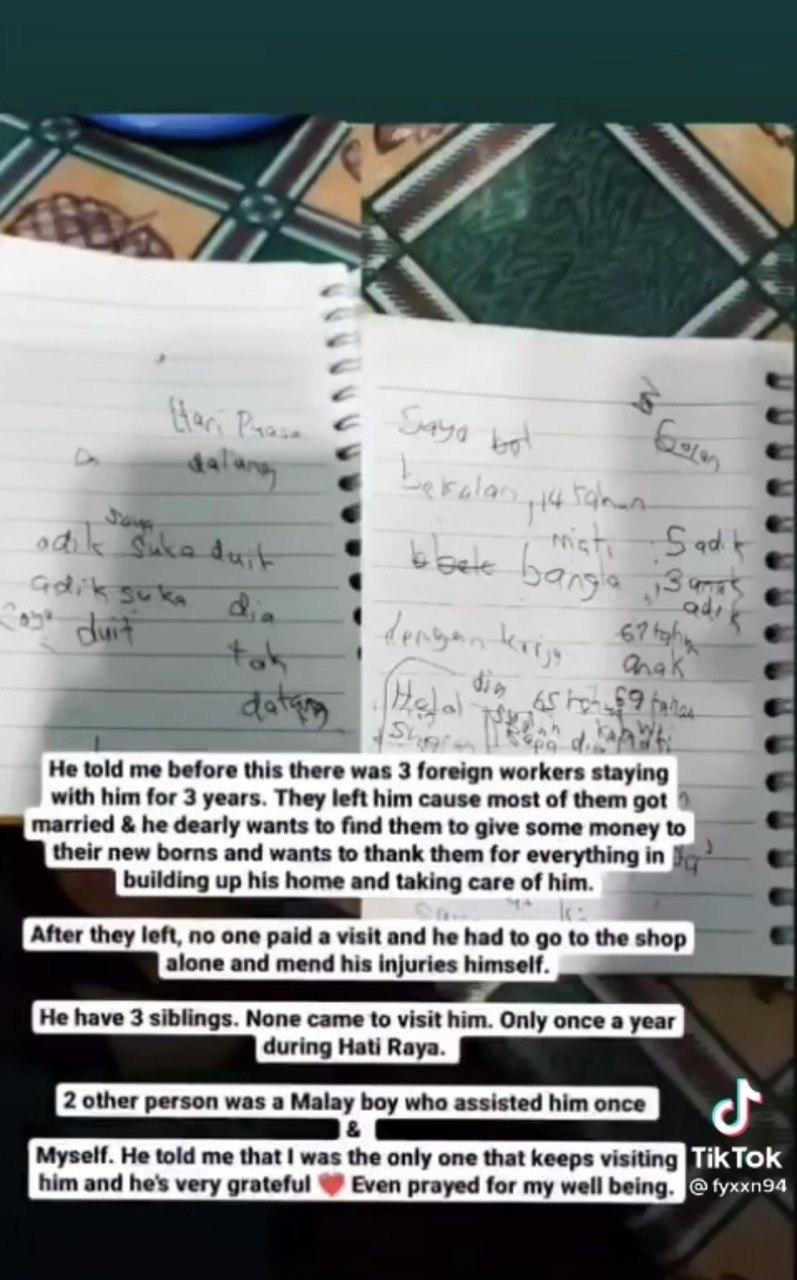 The elderly man offered Alfian some money, which he declined.

Instead, Alfian told the man that he would try to take him out "somewhere memorable" and added that this was the least he could do. 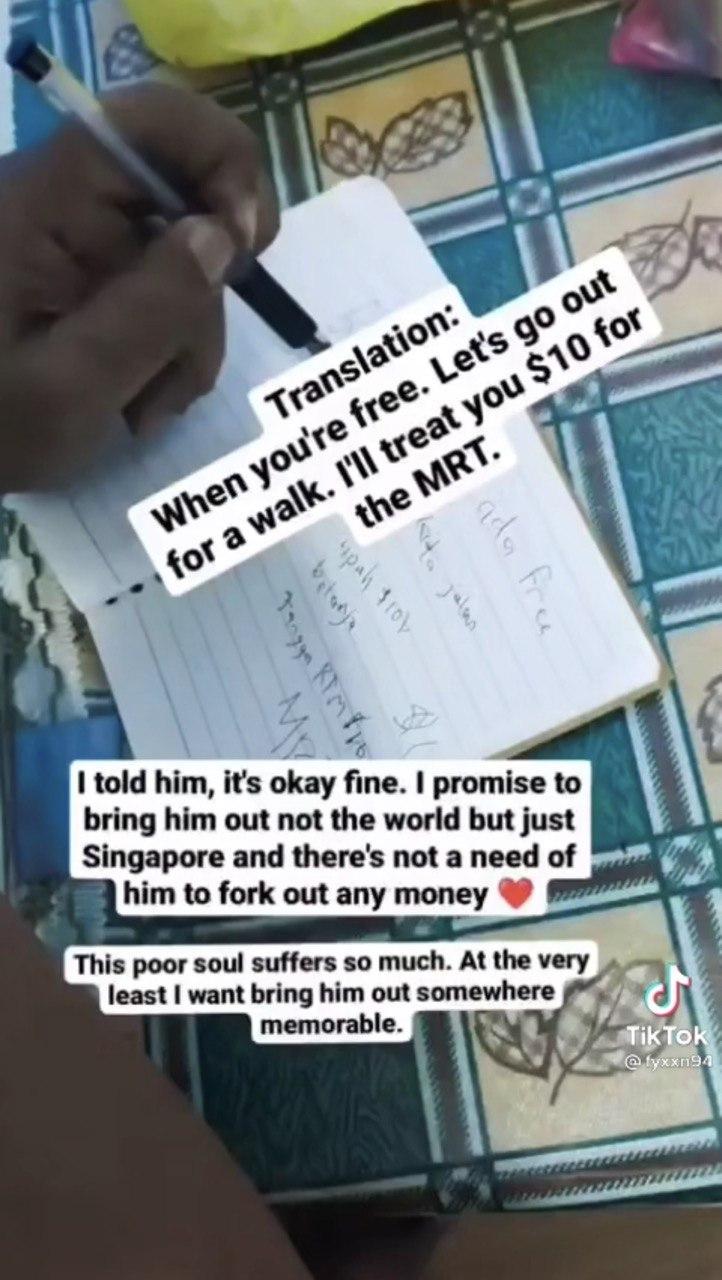 The man appeared very moved that Alfian kept his word and visited him again, tearing up as he left his house.

The man also gave Alfian another hug, a sign that Alfian took that the man wanted him to visit again. 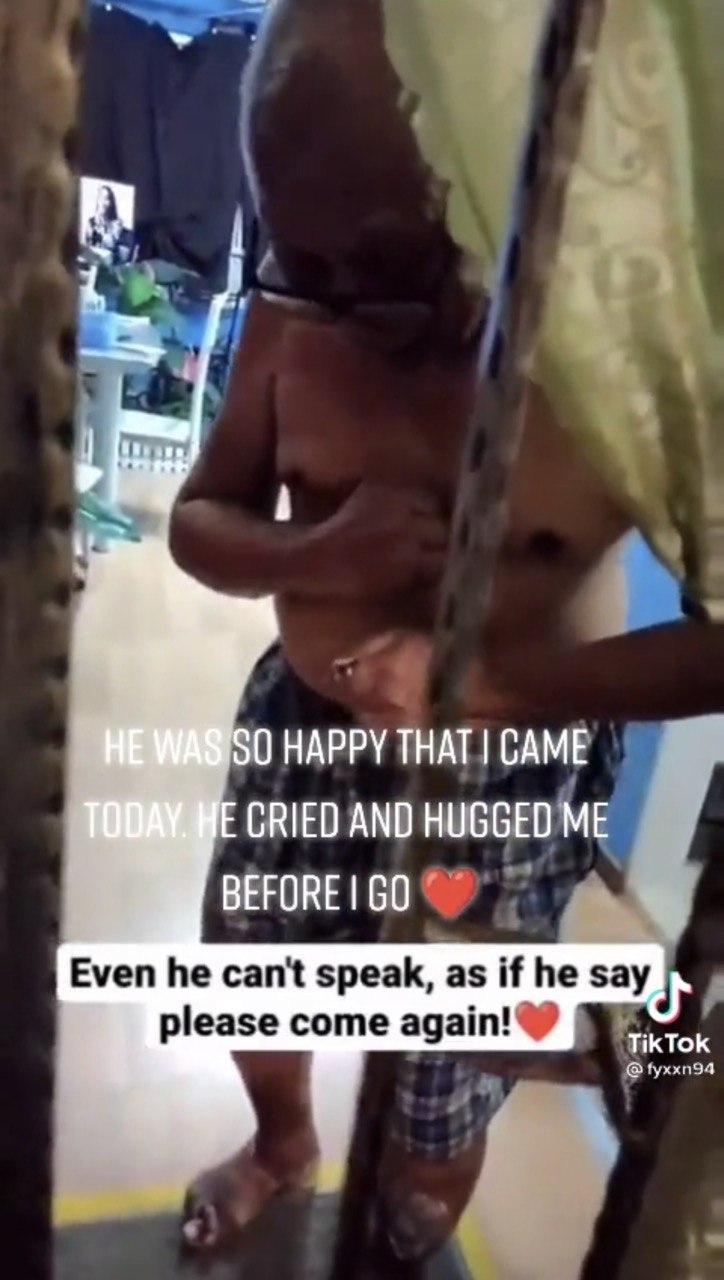 Started a fundraising page for him

Alfian also started a fundraising page for the elderly man, and thanked some people who offered to help after learning about the the man's plight through his TikTok videos.

In Alfian's latest update on TikTok, he visited the elderly man once again, this time bringing along a package from the Singapore Association for the Deaf. 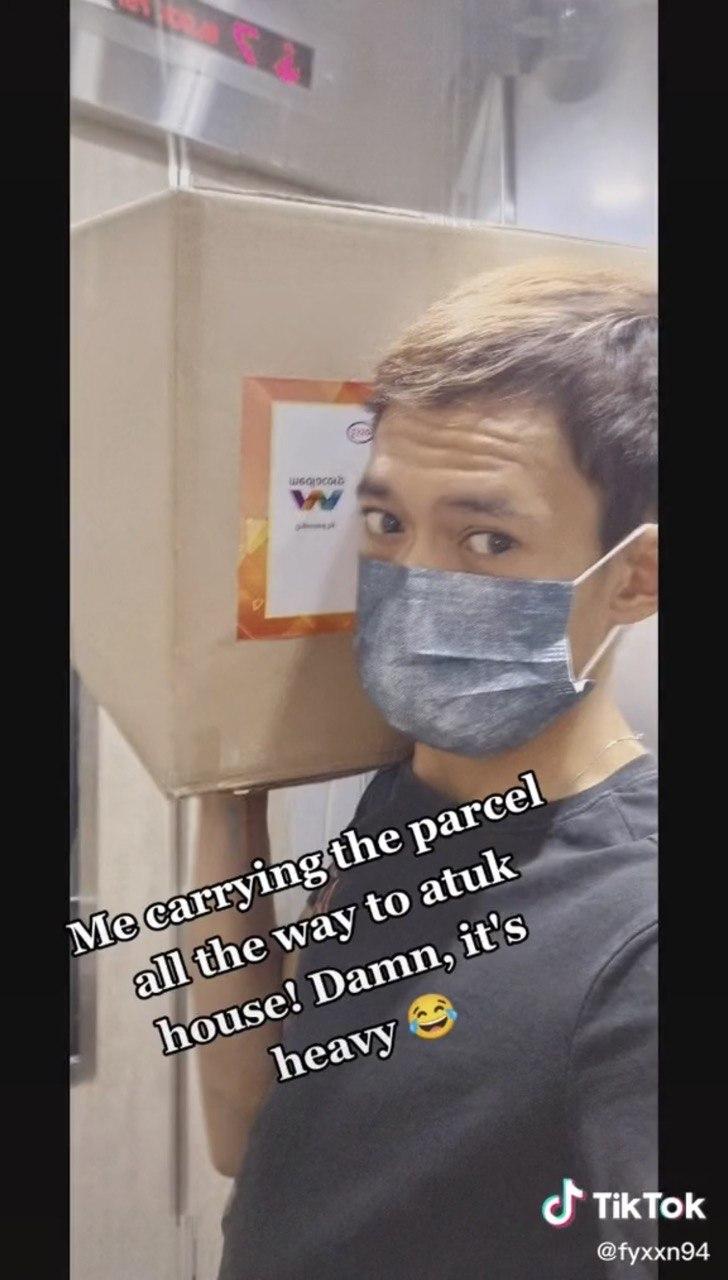 While he was there, Alfian helped the man clear his rubbish and applied medication on his leg. In an update he provided through comments on his video, Alfian said he managed to contact his relatives and verified that the senior man was receiving support from both his family members and various agencies.

The man's family members would drop by to check on him and to help clean up.

But Alfian made assurances that he will continue to visit the elderly man to keep him company in case he gets bored.