Whether it was trying to get his girlfriend to say "yes" to marrying him or to win a free wedding at Hilton hotel, one Singaporean man pulled out all the stops for an elaborate marriage proposal.

The proposal, which took place in October 2021, involved him putting together a fully choreographed dance video to Kpop group BTS' hit song "Dynamite", reciting his proposal in Hokkien, and presenting his girlfriend with a McDonald's chicken nugget bouquet.

For his efforts, the couple, Titus Lim and Esther Tang, won a 15-table wedding lunch banquet at Hilton Singapore Orchard worth over S$19,000, and hopefully a lifetime of marital bliss.

Trishaw ride to venue, received well wishes from loved ones

Remembering that Tang had a "bright, beautiful smile" when watching Cinderella getting whisked away in a carriage, Lim decided to send a trishaw to take her to the venue, saying that this was a "Singapore version of a carriage". 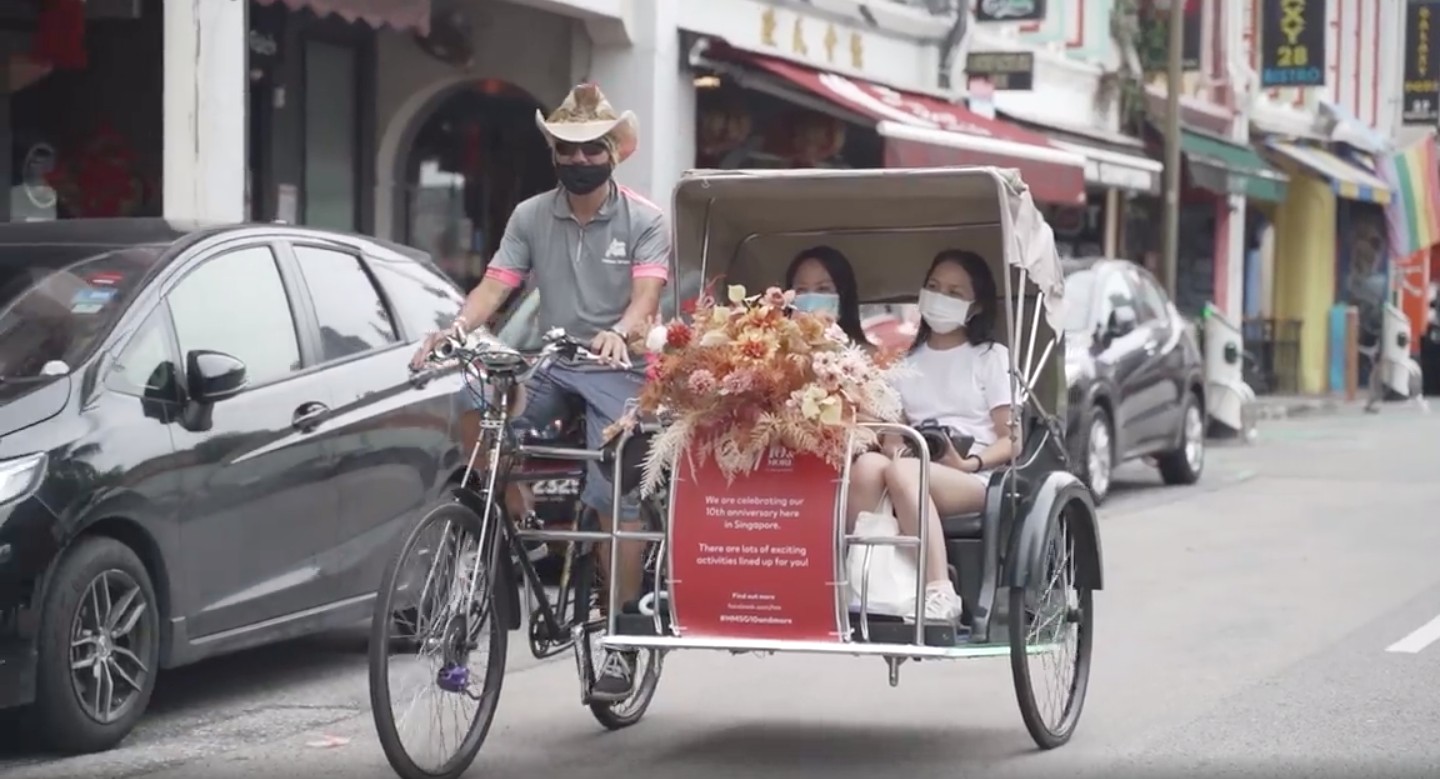 After Tang arrived at the venue, she was shown a video compilation of well wishes from her friends and family, many of whom also shared their fondest memories of her.

In the video, Lim also showed a clip of him asking Tang's parents for their permission to marry their daughter.

Tang can be seen wiping away tears. The video then cuts to a very complicated dance sequence led by Lim himself, backed by numerous Singaporean street dancers. The dance video was filmed at various locations in and around Singapore Sports Hub. 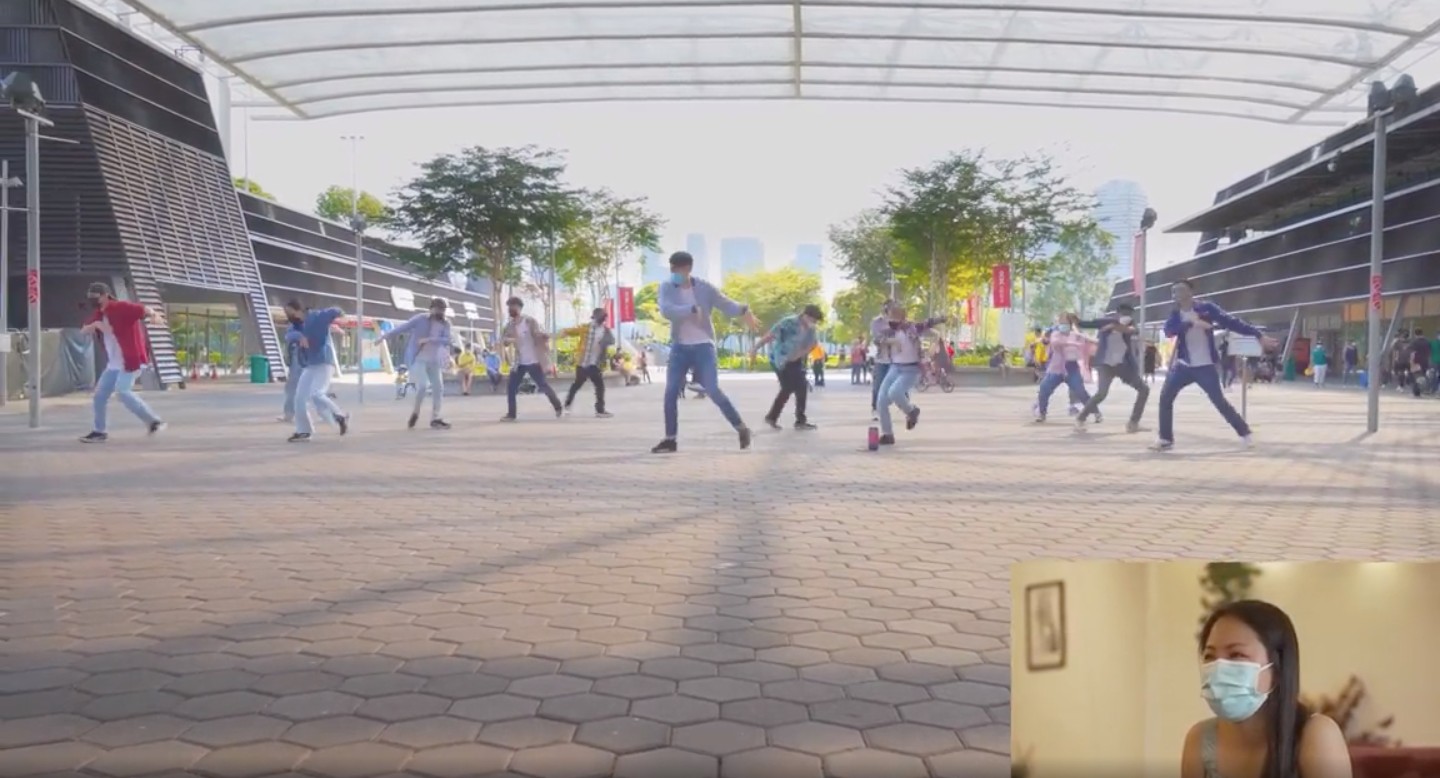 Lim then appears and presents Tang with a bouquet made out of chicken nuggets and McDonald's curry sauce packets, because he remembers her "love for chicken nuggets". 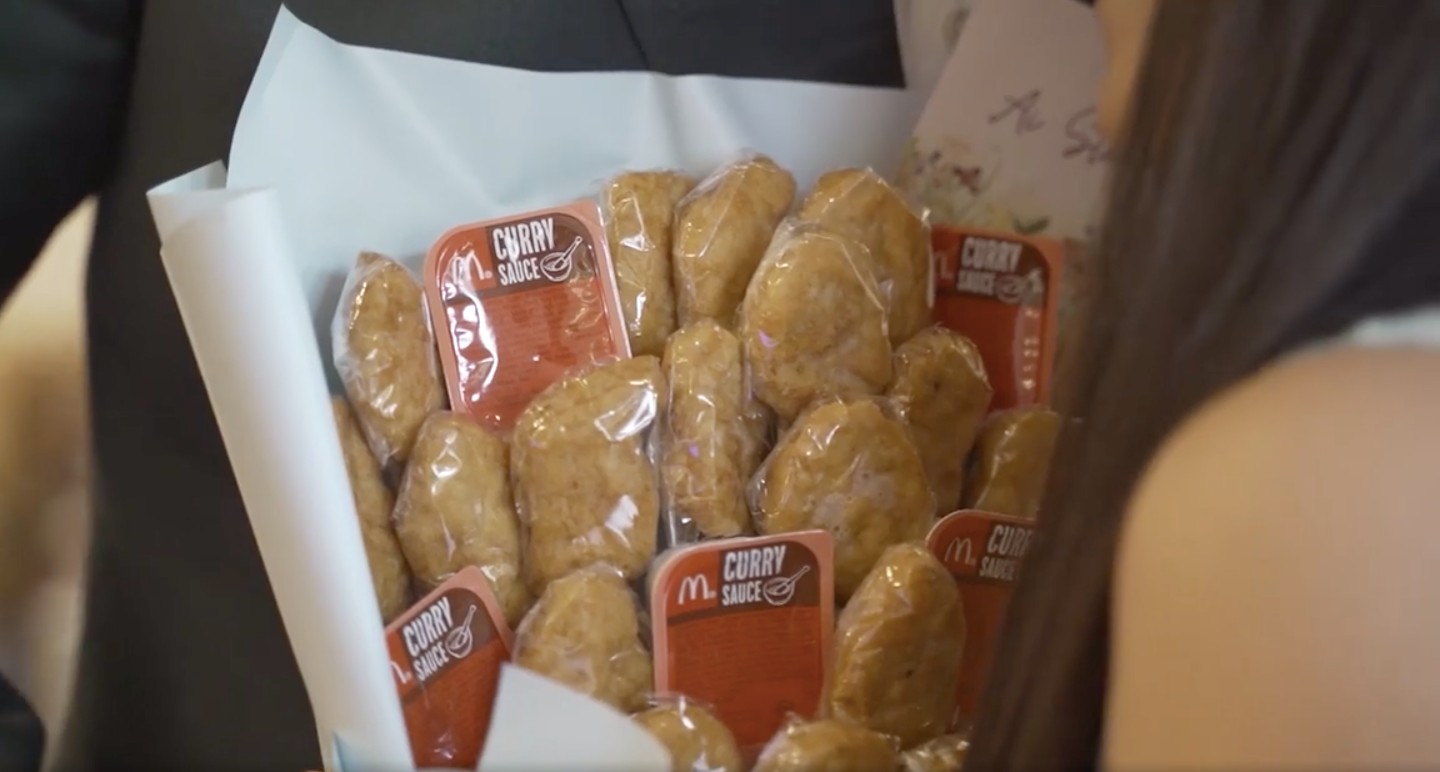 He also says to her: "This is for you, come let's fall in love".

Lim then tells Tang that he will recite his proposal to her in Hokkien, as she has expressed to him before that she would like him to learn the dialect.

With a lot of effort, he makes it through the speech and gets down on one knee. He then produces a ring, one that she had secretly been eyeing but "never dared" to tell him about because of its price.

He bought the ring anyway, because "her happiness is worth any price." 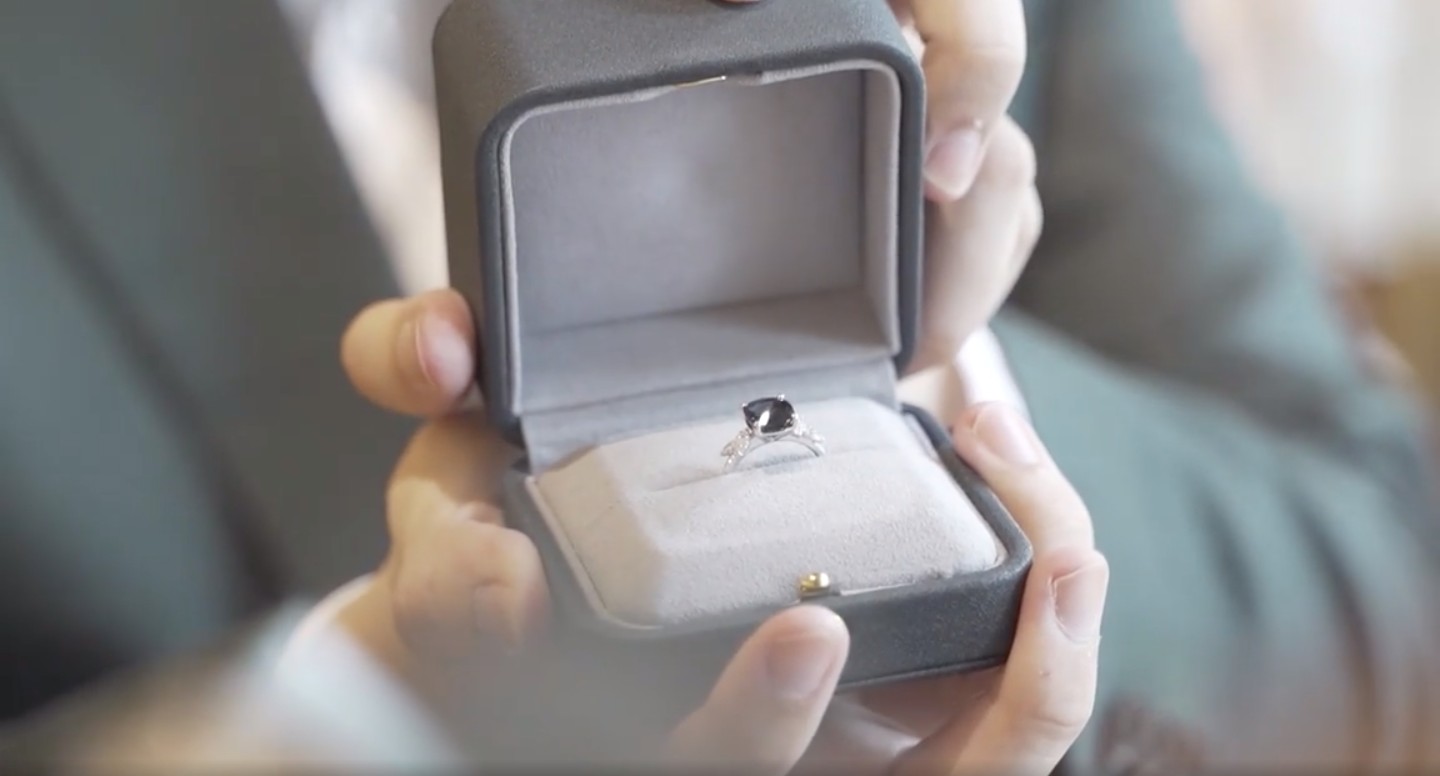 The couple came in first place in a competition held by Hilton Singapore Orchard, which invited couples to share their marriage proposals for a chance to win a wedding banquet worth over S$19,000 at their premises.

Hilton Singapore Orchard announced Lim and Tang as the winners on Dec. 3.

You can watch the full proposal here: