Editor's note: The total fine amount has been updated according to the latest figure provided by the State Court on Dec. 1, 2021.

A Singaporean woman, Huang Jian, 52, has been convicted for under-declaring the rental income she received from three properties over more than three years close to a decade ago, as well as obstructing the investigative duties of tax personnel, making her the first person to be charged and convicted for this offence.

The court ordered Huang to pay a total of S$14,160 in penalties and fines for these and other offences.

Huang had omitted S$55,965 of rental income derived from three properties she co-owned with her husband in her Income Tax returns for Years of Assessment (YAs) 2009 to 2012, resulting in a total of S$2,850 of tax undercharged from over a decade ago.

She was also charged with providing incorrect information to reduce her tax liability.

She was subsequently uncooperative with Inland Revenue Authority of Singapore (IRAS) officers.

IRAS investigators had served an in-person notice on Huang to request for information relating to her tax matters in September 2016.

During the inspection, Huang refused to comply with IRAS investigators and locked herself in her bedroom.

She also threw relevant documents out of her bedroom window.

Her actions had obstructed IRAS investigators from performing their duties.

IRAS did not reveal how her tax evasion was uncovered. 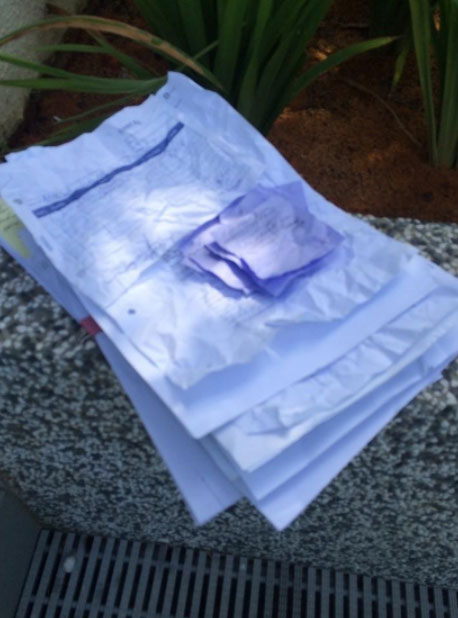 Huang was convicted of four charges under the Income Tax Act for omitting rental income from her Income Tax returns without reasonable excuse.

She was also convicted of one charge under the Income Tax Act, for providing incorrect information to the Comptroller of Income Tax without reasonable excuse.

She had submitted an incorrect bank statement to support her claim for deduction of mortgage loan interest expenses against her rental income in order to reduce her tax liability.

For the one charge under the Income Tax Act of obstructing IRAS investigators from performing their duties, the court ordered her to pay a fine of S$800.

Rental income received from the letting or subletting of a property is taxable on a net basis after deducting allowable expenses.

These are expenses incurred on the property during the period of tenancy and they include property tax, maintenance fees, fire insurance and mortgage interest on loans taken to finance the purchase of the property.

For individuals receiving rental income from the letting of residential properties, they can opt to claim an amount of deemed expenses based on 15 per cent of the gross rent received, in lieu of actual expenses.

Alternatively, they can continue to claim expenses based on the actual amount of expenses incurred against the rental income from their residential properties.

Relevant records of the actual expenses claimed must be kept for at least five years for IRAS’ verification upon request.

IRAS said it takes a serious view of tax evasion and non-compliance including submitting falsified supporting documents to IRAS or making fictitious claims of expenses in Income Tax Returns.

There will be severe penalties for those who wilfully evade tax.

The authority said it will not hesitate to bring offenders to court.

Penalties for tax evasion can be up to four times the amount of tax evaded.

In certain situations, jail terms may also be imposed.

IRAS also said it takes a serious view of any person who attempts to prevent IRAS officers from carrying out their duties.

With effect from Dec. 29, 2016, the punishment for this offence had been enhanced such that the maximum sentence is no longer just a fine of S$1,000.

Any person found guilty of such an offence committed on or after 29 Dec 2016 shall be liable on conviction to a fine not exceeding S$10,000, and to imprisonment for a term not exceeding 12 months, or to both.

In the case of a continuing offence, offenders may be liable to a further fine not exceeding S$100 for every day or part thereof during which the offence continues after conviction.

Disclosure of past tax mistakes

Businesses or individuals are encouraged to immediately disclose any past tax mistakes.

IRAS will treat such disclosures as mitigating factors when considering action to be taken. Those who wish to disclose past mistakes or report malpractices can write to:

A reward based on 15 per cent of the tax recovered, capped at S$100,000, would be given to informants if the information and/ or documents provided lead to a recovery of tax that would have otherwise been lost.

All payments are at the discretion of the Comptroller.

IRAS will ensure that the identities of informants are kept strictly confidential.