Vietnamese back home are angry after they saw their minister eat a gold-plated steak at Salt Bae's restaurant in London recently.

What was served to the politician

The gold-plated steak, covered in edible 24-carat gold leaf, costs more than the politician's monthly wage of S$800 to S$1,000. 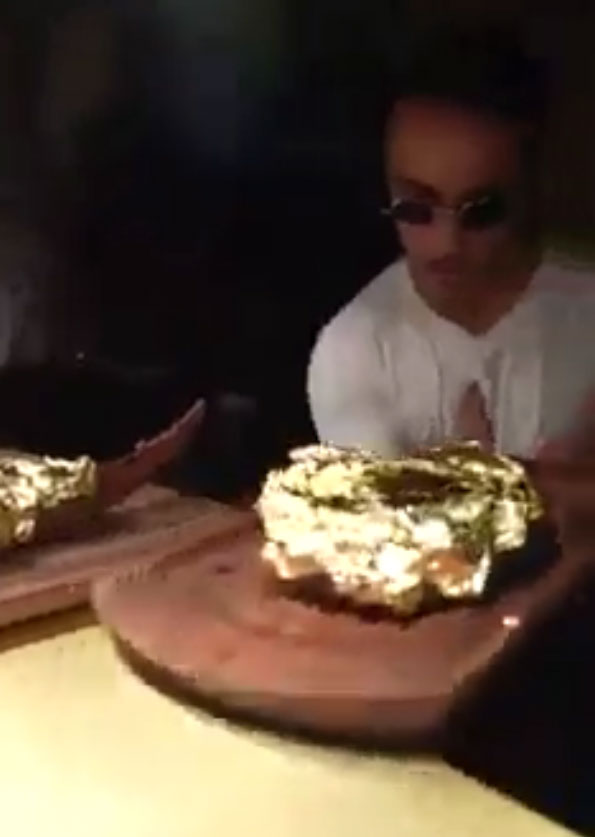 How much does steak cost?

Prices at Nusr-e are not listed on its website.

This cost is excluding drinks, side dishes, and the 15 per cent service charge.

It is not known when exactly the meal at Nusr-e took place.

But the clip was posted on Nov. 3 to Gokce's TikTok with 11 million followers.

The video was subsequently taken down after it caught the attention of the media and Vietnamese back home, who shared screen shots and copies of the video online, while expressing anger at what they saw as an unnecessary ostentatious display of extravagance.

The chef was seen in the video personally preparing steak dishes in front of the Vietnamese delegation.

He even hand-fed one steaming piece of meat to the general, who bit it off the knife to rousing applause.

"Vietnam is still poor but the minister is so luxurious, the officer is enjoying so much extravagance," one Facebook user, Mung Tin Ngo, reportedly wrote.

Those who defended the general said the meal could have been paid by a third party as it was not clear who foot the bill, and that the minister could have been given an allowance for such entertainment overseas.

To make the contrast more pronounced, some posted pictures of poor children in Vietnam’s most deprived regions in comments about the clip, Agence France-Presse reported.

Much of Vietnam's population still lives below the poverty line, with the average citizen earning a monthly income of around S$310 in 2021, according to the General Statistics Office.

The Southeast Asian country's economy has been hit hard by the Covid-19 pandemic and has not recovered.