They broke up after two years

Mendes, 23, and Cabello, 24, announced their breakup on their Instagram stories on Nov. 18, stating:

"Hey guys, we've decided to end our romantic relationship but our love for one another as humans is stronger than ever.

We started our relationship as best friends and will continue to be best friends. We so appreciate your support from the beginning and moving forward." 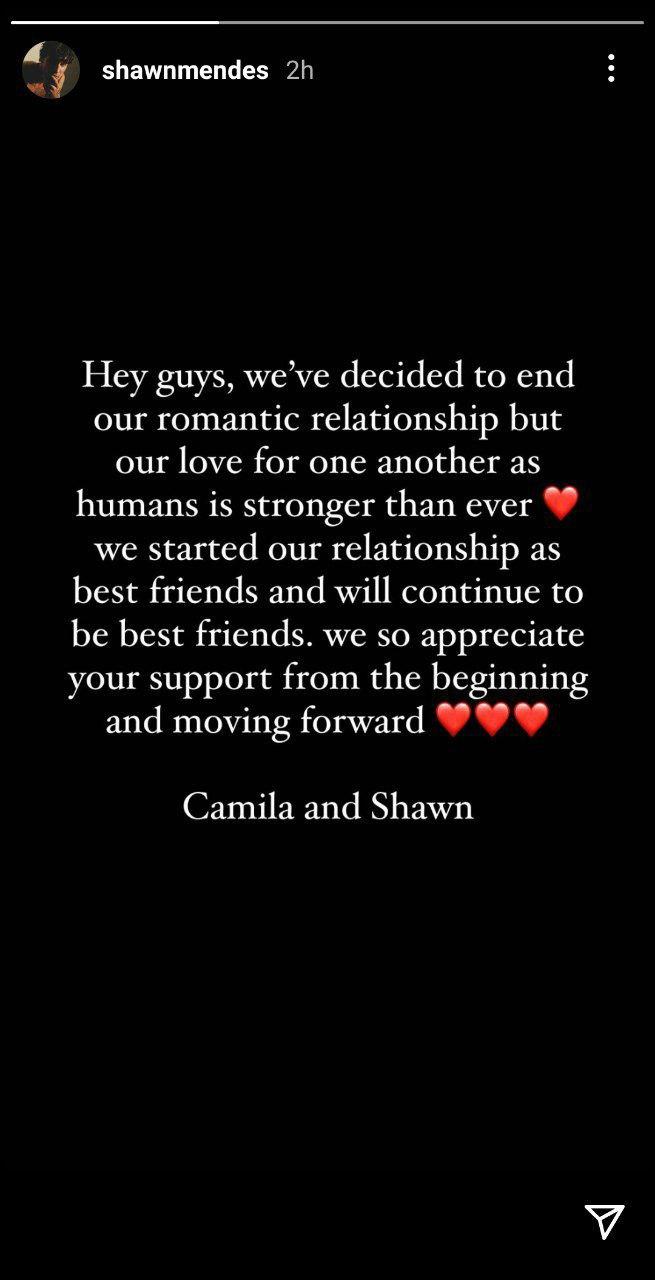 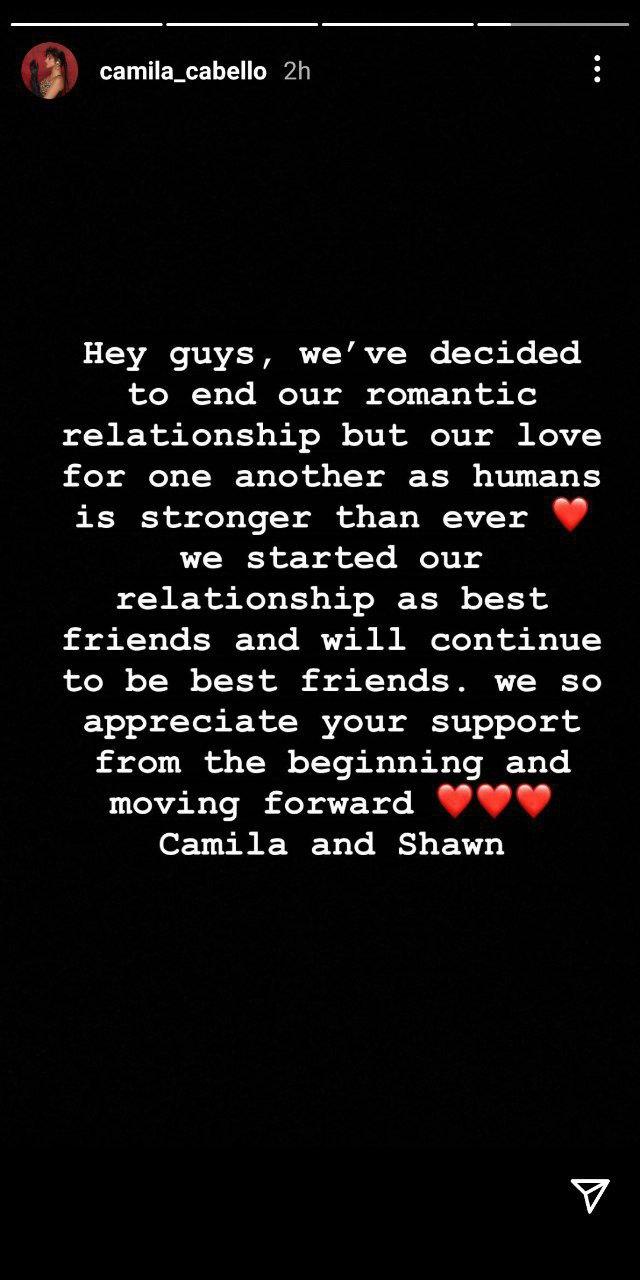 Both Mendes and Cabello were friends before they became romantically involved in July 2019, shortly after their duet "Senorita" came out.

They were last seen together on Halloween, having dressed in matching costumes.