A group of paddlers rescued a Hawksbill sea turtle that was entangled in a discarded fishing net off East Coast on Nov. 25.

On Thursday morning, the paddlers spotted a turtle trapped by a gill net wrapped around it.

Lifting the turtle onto their paddle-board, they freed the Hawksbill turtle from the net. Here are some photos from the rescue operation. 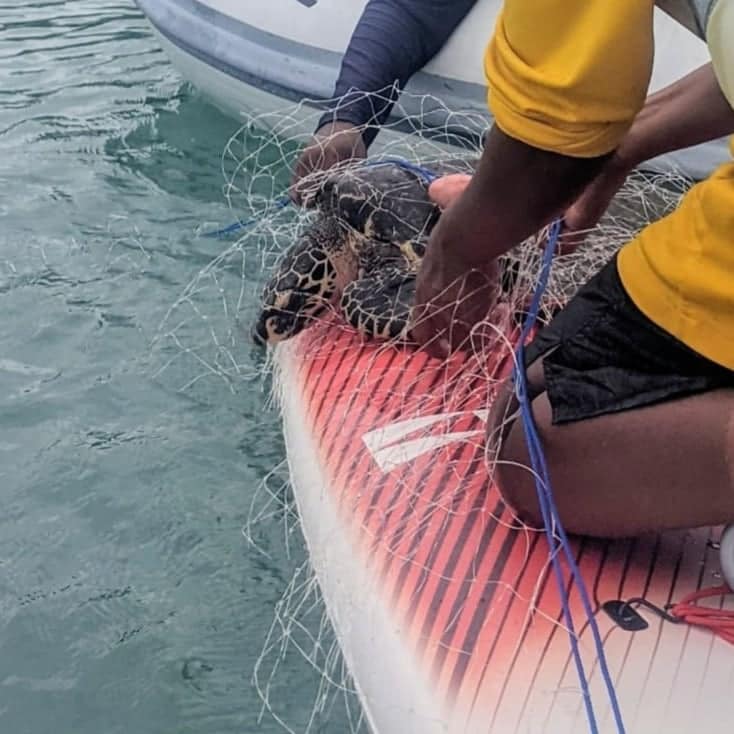 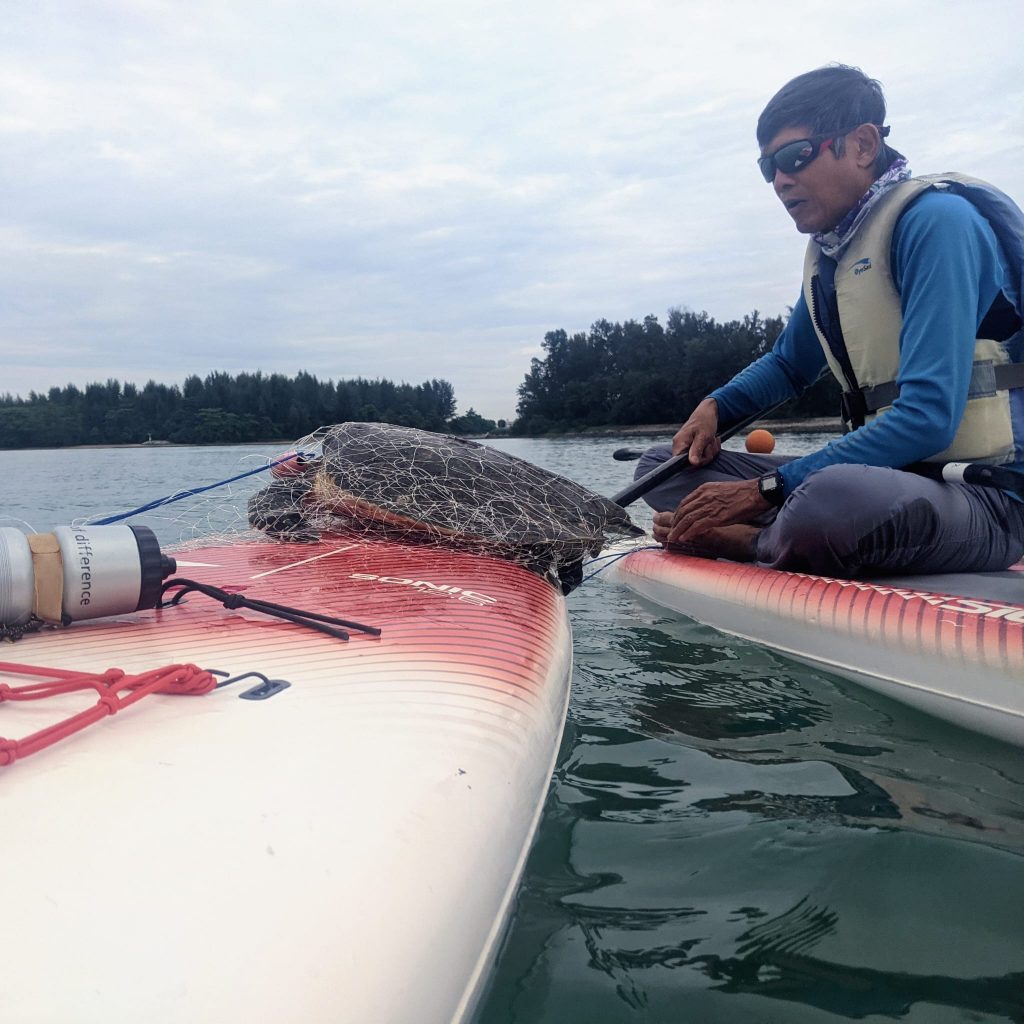 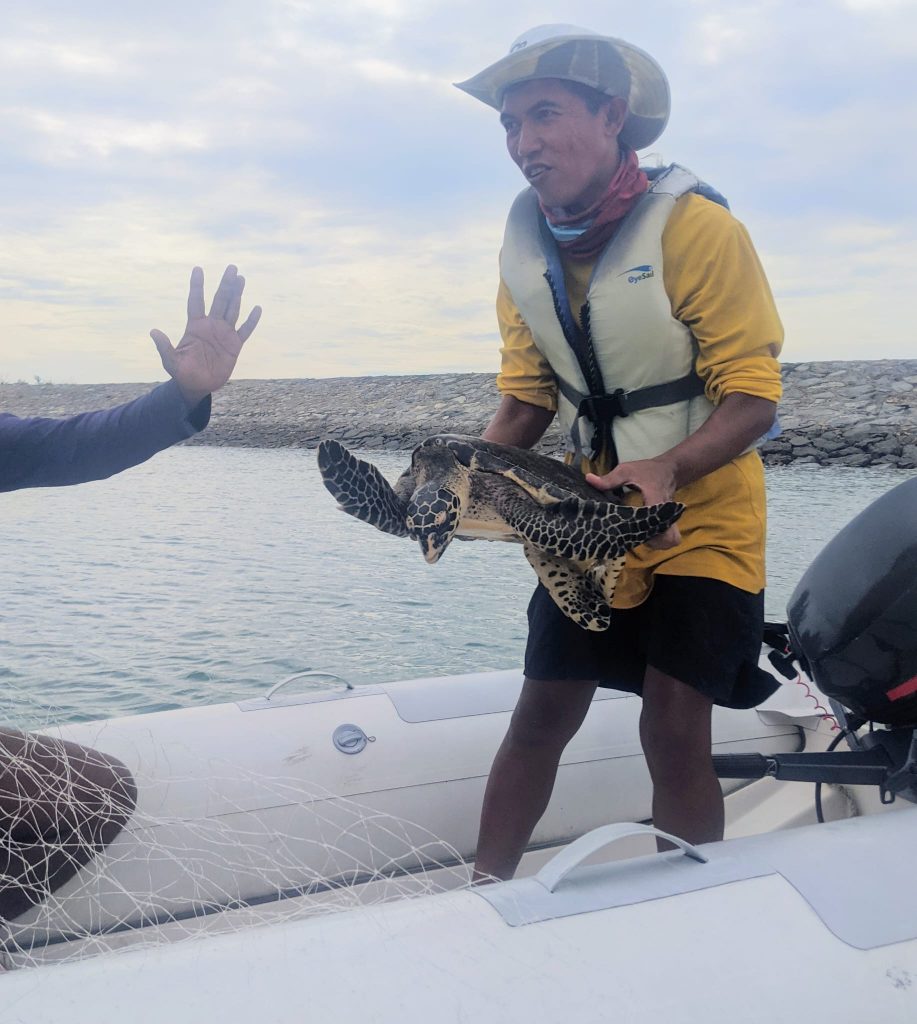 According to The Hantu Blog, which is maintained by a group of divers who volunteer to bring members of the public on guided diving tours, the sea turtle was a sub adult.

This is the most vulnerable stage of a sea turtle's life, "even more so than hatchlings".

"This sea turtle could have been born on our shores and may return to breed here," wrote The Hantu Blog.

In May 2021, another critically-endangered Hawksbill sea turtle was found dead and entangled in a 100-m gill net near Pulau Hantu.

It is believed that the turtle drowned because it was unable to surface for air after it was caught in the gill net.

Then again in June 2021, at least 12 young black-tipped reef sharks were found dead and ensnared in a 500m-long gill net near Pulau Semakau.

According to the National Parks Board (NParks), the use of gill nets is considered a "destructive" fishing method, and is not allowed in 12 coastal areas managed by the agency.

The nets ensnare marine creatures in an indiscriminate manner and results in bycatch, the accidental capture of an unwanted species.

When abandoned in the waters, these gill nets will continue to trap, kill and damage marine wildlife.

Hawksbill turtles are critically endangered globally, and an occasional visitor to Singapore's shores.

It is the most commonly sighted sea turtle species locally, followed by the Green Turtle, the only other species of sea turtle found in Singapore.

Aside from natural predation, these turtles are also threatened by poachers and marine pollution such as abandoned fishing nets and plastic waste.

Hawksbill females are sometimes spotted nesting and laying eggs at East Coast Park, and individuals may visit the same site to nest every few years, according to NParks.