A TikTok video of a Singapore woman nursing wild pigeon back to health has gone viral.

Bird was covered in parasites

She found the bird sitting on a grass patch outside the store along Geylang Road in the heavy rain, and decided to bring it into the shop.

In the TikTok video, which has been viewed almost 200,000 times, she examined the dishevelled-looking bird and showed that it was full of parasites, with yellow pus coming out of its right eye. 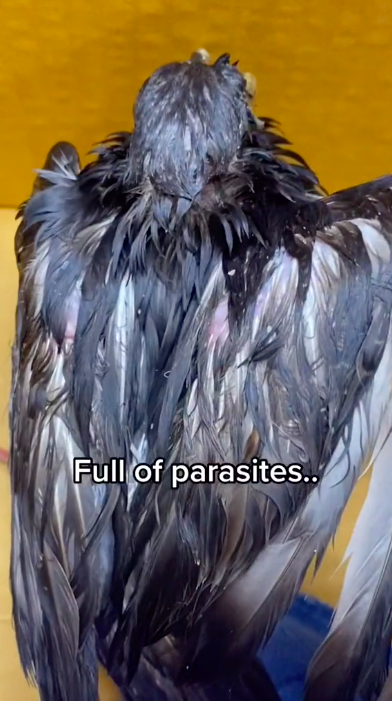 She held the pigeon with a towel in her hand and carefully sprayed it down with a solution to remove the parasites, and gave it a good clean with the towel.

She then left the bird in a cardboard box for it to rest overnight, and named the pigeon Blackie.

Doing much better on the second day

The woman gave an update on the bird the next day, saying that she was "so happy" as Blackie seemed to be doing much better.

The pigeon appeared more alert, and the woman examined its body and feathers again, sharing that Blackie was clean and parasite-free.

The pus also appeared to have dried up and she sprayed him down with the solution again as part of the treatment.

The woman also bought some bread and chilled Evian water, and put them in a bowl in the cardboard box for the bird to consume in peace.

Peeking into the box, she said that she was excited to see that Blackie eating well.