Those who were residing on a campus in the far western part of Singapore might have caught a glimpse of Tang Sanzang on the move with his disciples — Monkey King Sun Wukong, Zhu Bajie, and Sha Wujing on Oct. 31.

With the advancement in technology, the horse was finally spared from carrying Tang Sanzang on its back as they took a public bus around the campus.

The video shared on TikTok revealed that Tang Sanzang visited a vegetarian stall with his disciples.

Another video also showed Sun Wukong being punished by Tang Sanzang for doing a TikTok dance.

Netflix's “Squid Game” might have inspired most costumes for this Halloween, but not for these students from Nanyang Technological University (NTU) who put a lighthearted spin on their daily commute to the west.

Wearing costumes from Chinese classic “Journey to the West” for Halloween, they amused not only passers-by on campus but also many TikTok viewers.

The TikTok creator, Chew, who uploaded the videos said the costumes were rented from Global Mascot Pte Ltd at CT Hub2 at S$40 per costume. "The owners of the shop were really nice," she adds.

Chew who is now an NTU undergraduate said she and her friends had this idea "long ago", and they just wanted to create some fun memories.

"We decided on this idea long ago, I think around August. One of our friends is in his final year, so we wanted to make his final Halloween in uni a bang and just make people laugh in general."

When asked about the reactions they received, Chew shared:

"The reactions we got in real life were quite funny, but I think it was the older generation like the stall holders at north spine canteen that really enjoyed our costumes! They were so excited and kept laughing, some even wanted to take pictures for us and asked us to pick 4D numbers hahahaha and for the online reaction, we’re just glad to have made many people laugh! I think that day was just really full of laughter from all generations ☺️"

The video has since been viewed over 260,000 times on TikTok, and here are some reactions: 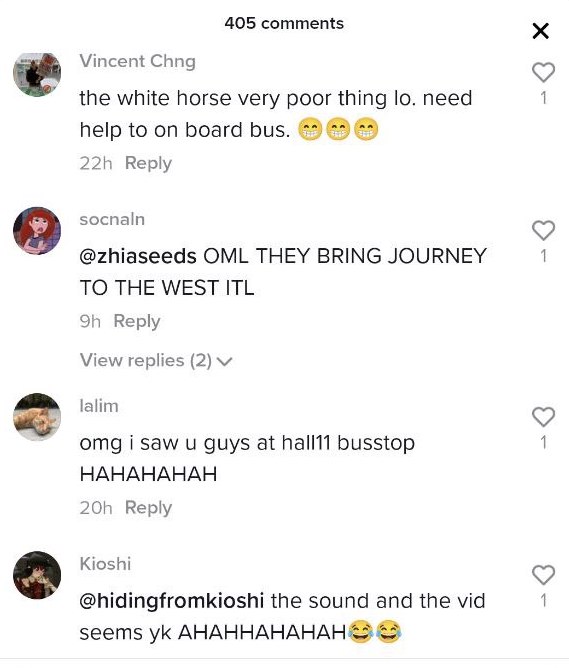 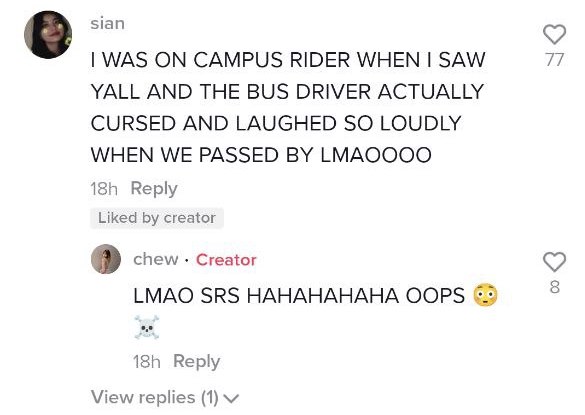 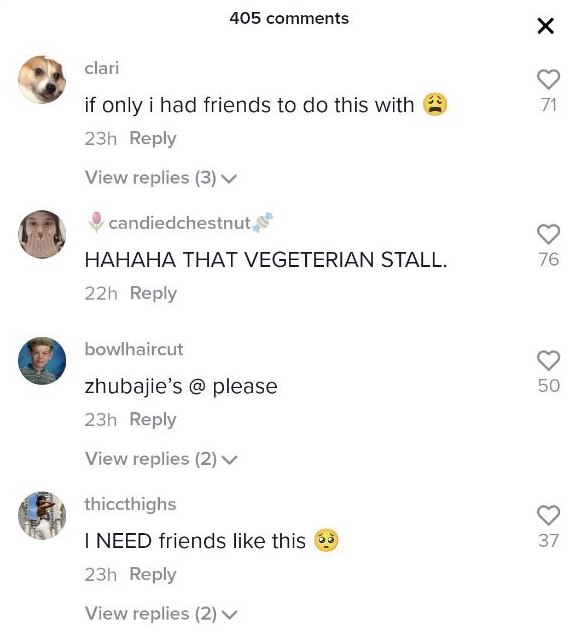