A recent scuffle on the MRT was caught on camera. Footage of the incident was uploaded by Facebook group Beh Chia Lor on Nov. 28.

According to the caption posted by Beh Chia Lor, a middle-aged man had attacked a much older commuter on the train because the latter was allegedly blasting loud music in his headphones.

The video starts with the older commuter on a seat kicking the middle-aged man in a purple shirt. Purple Shirt then retaliates by hitting Older Guy with his hands.

Profanities in Hokkien could be heard as Purple Shirt falls to the ground. Other commuters rush forward to break up the fight.

Purple Shirt then pulls down his mask and exclaims to the people around him, "He thinks that he is right!"

In the next frame, Purple Shirt says in Hokkien to Older Guy: "When you talk, you must make sense! Your volume is too loud!"

He removes his glasses and wipes them, uttering profanities again as he continues attempting to reason with Older Guy in Hokkien before tapping on his phone in silence.

Interrupting the silence, the voice of a lady could be heard saying in Mandarin, "Uncle, you're already old, don't bicker."

Older Guy responds in Mandarin, "No, I was telling him not to interfere."

The lady insists, "No, it's the same. Just remain quiet."

Purple Shirt continues chatting in Hokkien again to a nearby commuter as the lady continues, "Uncle, you're already old, don't cause your children to worry, do you understand?"

The camera then pans over to the lady who was seated in the reserved seat at the end of the row with an arm extended in the direction of the two men.

As the lady continues repeating her advice in the background, Purple Shirt starts explaining to another commuter about Older Guy's how he was upset when he was being scolded by the latter

In response, Older Guy clarified, "I didn't scold you, I just told you not to interfere."

We finally get a glimpse of Older Guy who appears older than Purple Shirt as he moves to the seats on the opposite side of the train, leaving Purple Shirt to vent his frustration on a female commuter standing behind him.

Netizens agree noise not an excuse for violence

While netizens agreed that blasting music on public transport is very inconsiderate, they do not believe that the violence was justified. 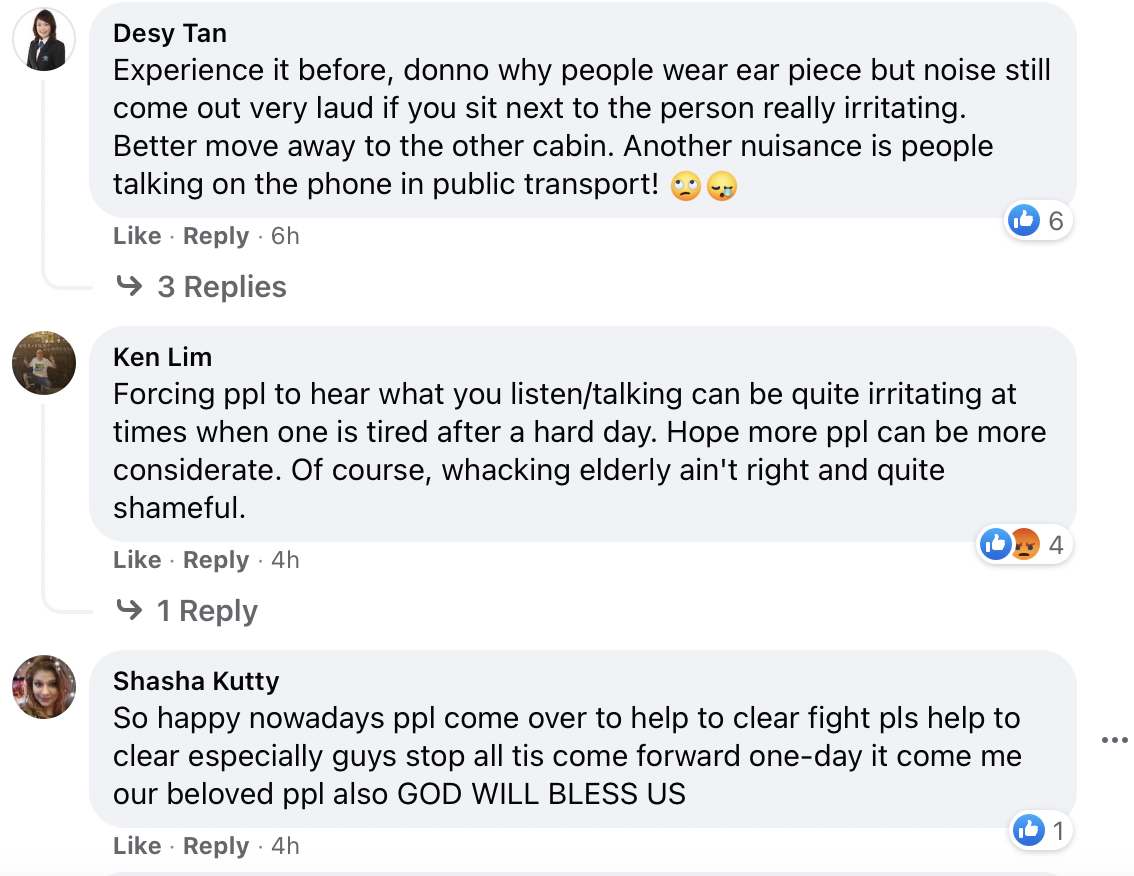 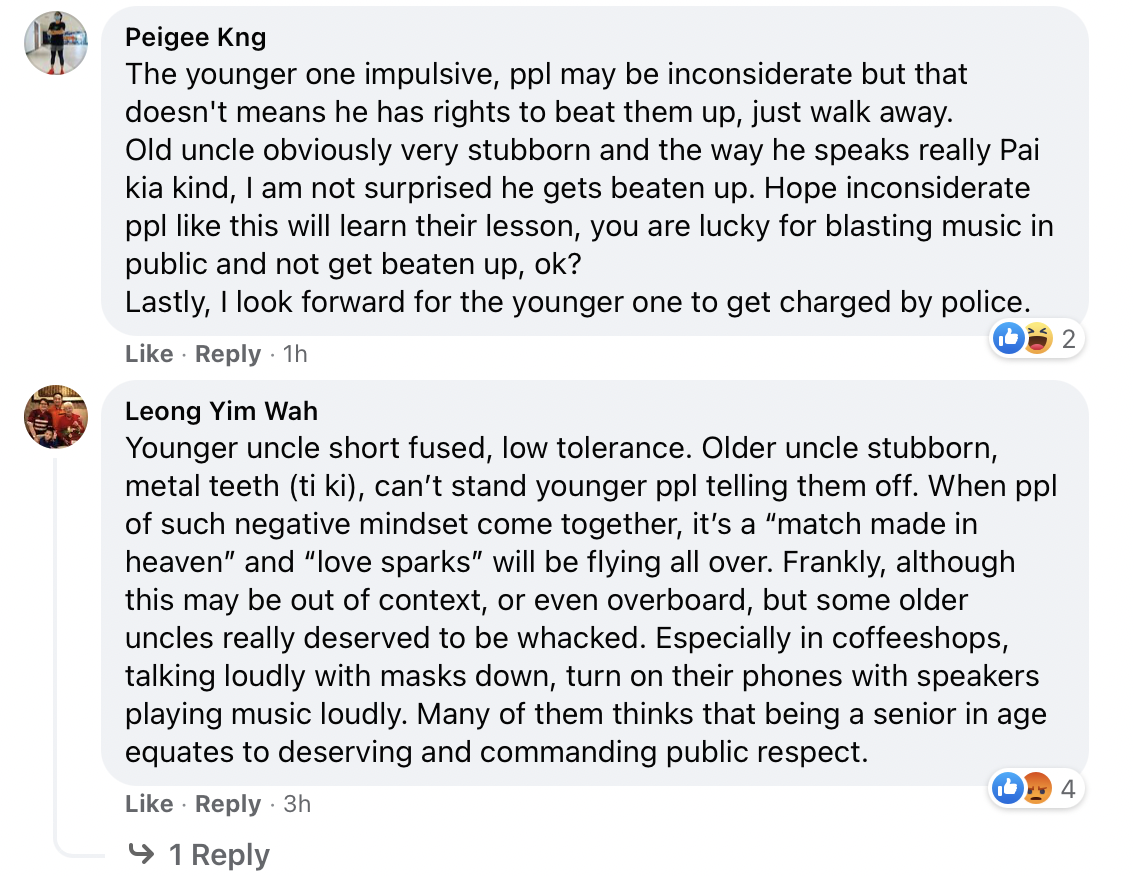