A Singaporean artist has been given the artistic license to create some renderings of what Singapore would look like after it gets smashed by meteors.

His artwork, depicting four locations in Singapore after it has been destroyed, were put up on Facebook on Nov. 19, where it has won praise for how realistic they look.

They show Marina Bay Sands, the Merlion, the Central Business District, and Bayfront Avenue and Benjamin Sheares Bridge destroyed amidst an apocalyptic hellscape. 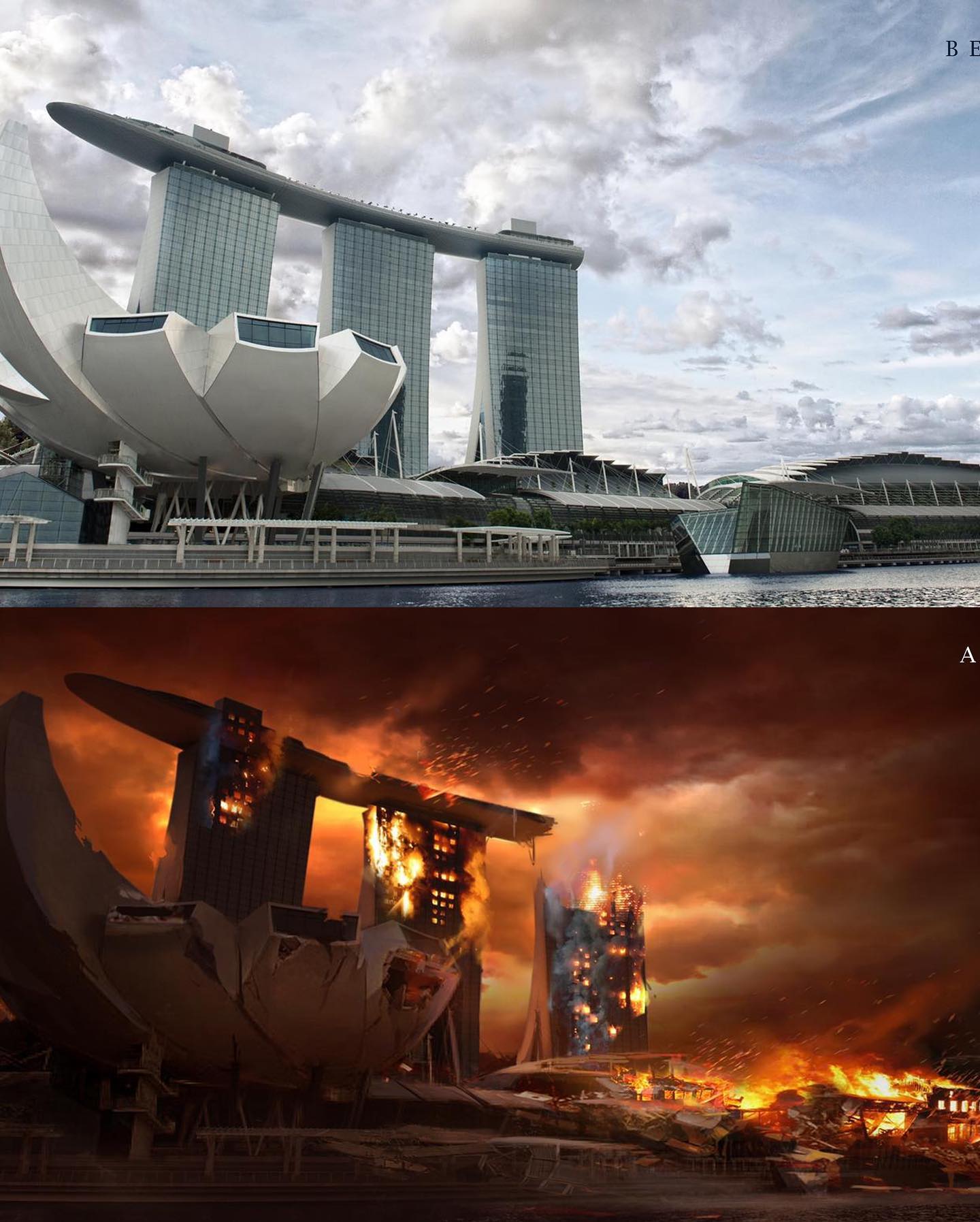 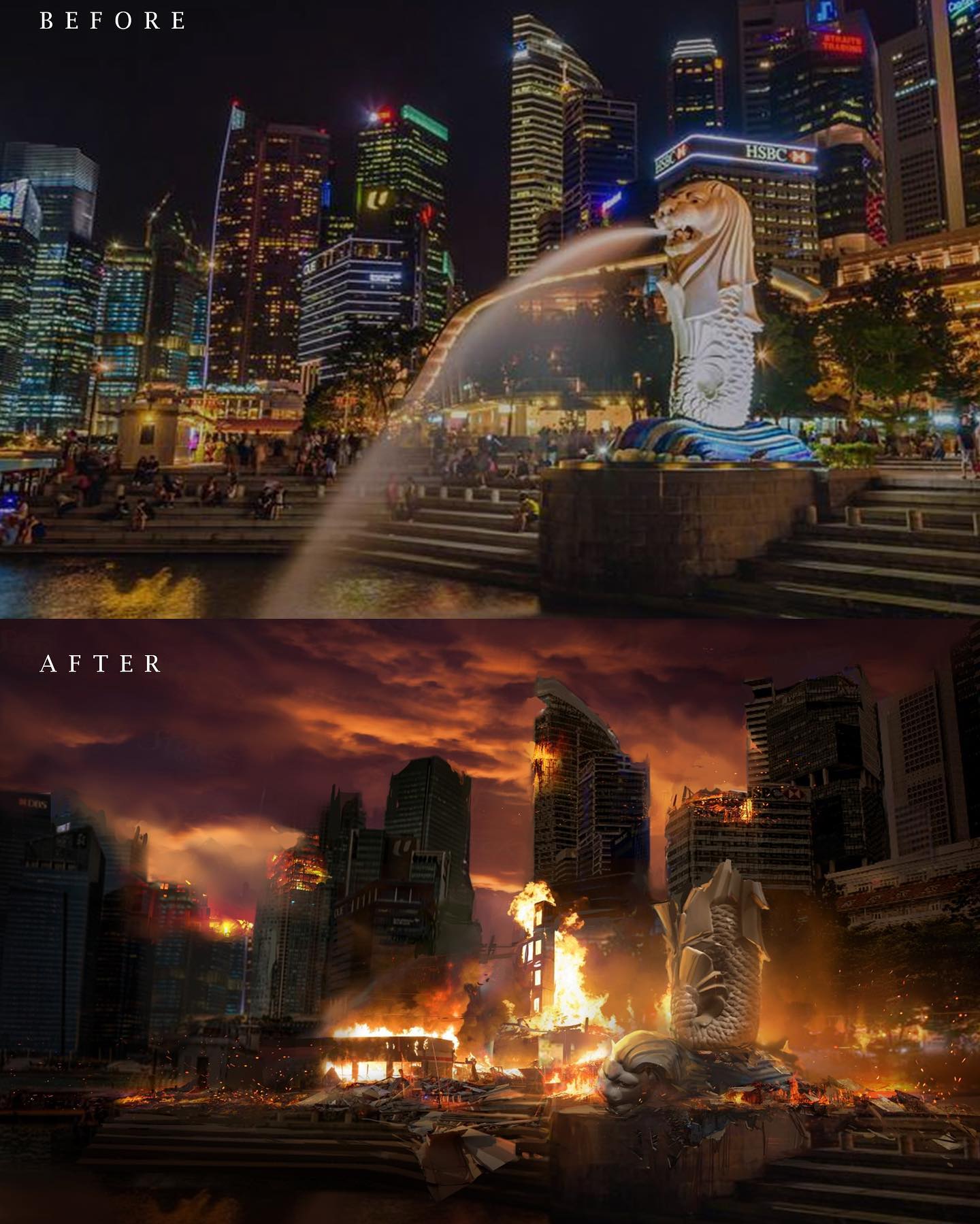 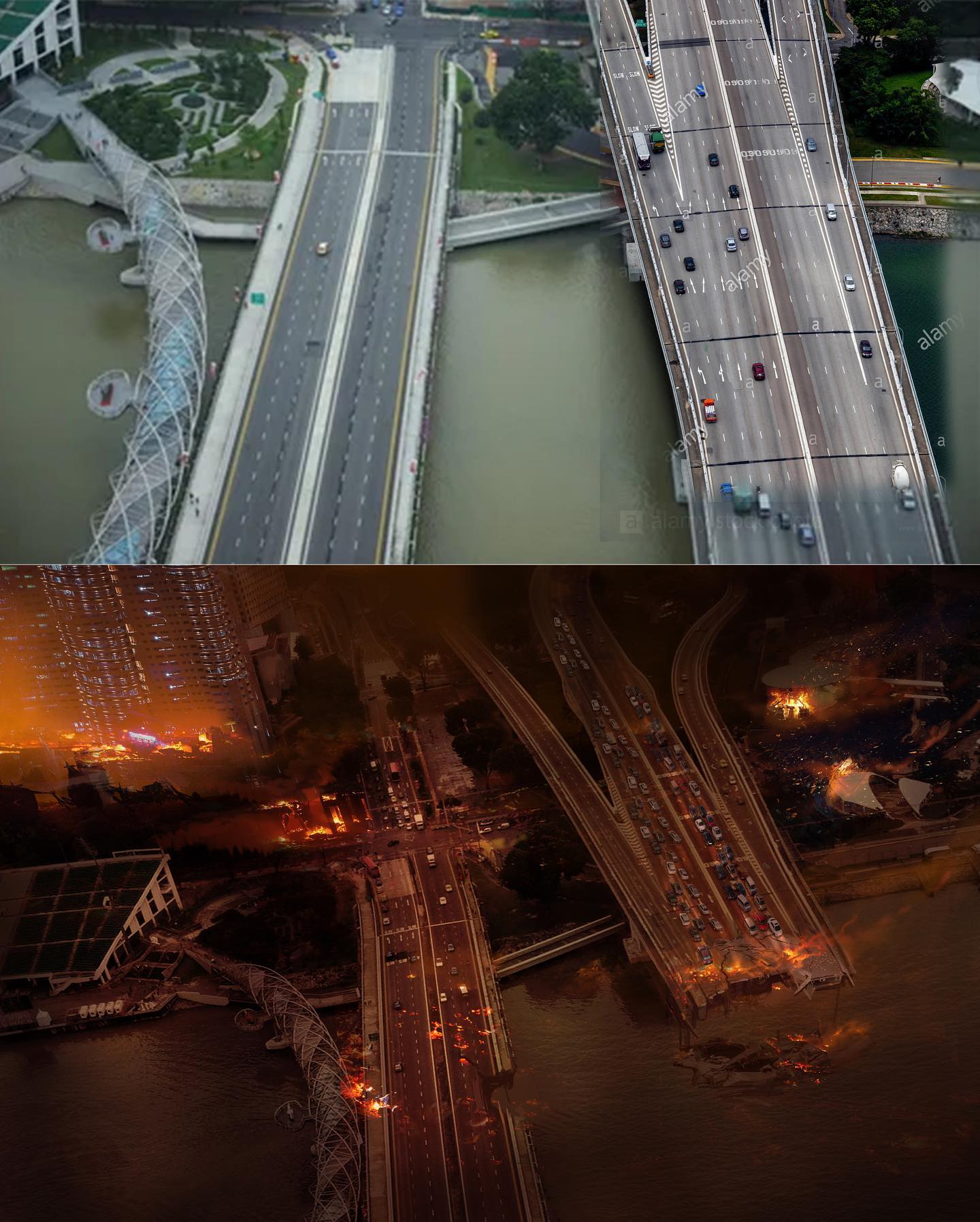 For a local show

The artist, Derrick Song, explained he created the images as concept art for a local production company shooting a fictional series about meteors falling on Singapore.

The first episode of the show, Sephia, is out on mewatch.

Initially said to be harmless, a comet inadvertently strikes Singapore causing unprecedented destruction to the country. On his way with a young passenger, a transport-hailing driver, gets trapped in his car under the building rubbles. Running out of time and breath, he has to find a way out for him and his passenger before it’s too late...

Not the first time Singapore gets blown up

Previously, Singapore was seen getting blown up in The Independence Day: Resurgence trailer screened on Feb. 7, 2016, in the U.S.

All photos via Derrick Song