A woman in Singapore ordered more than S$18 worth of McDonald's on Nov. 23 and got more than she asked for.

Upon finishing her entire cup of iced Milo from the fast food chain, she discovered a black piece of plastic left behind, believed to have come from the drink dispenser. 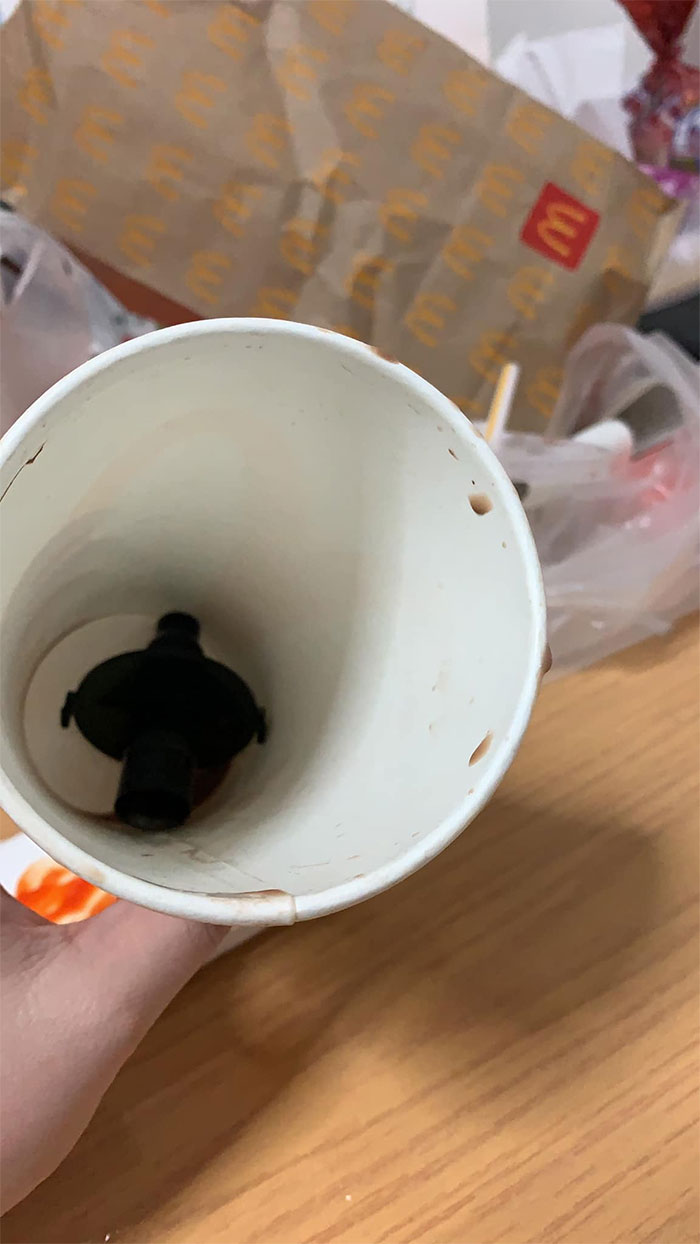 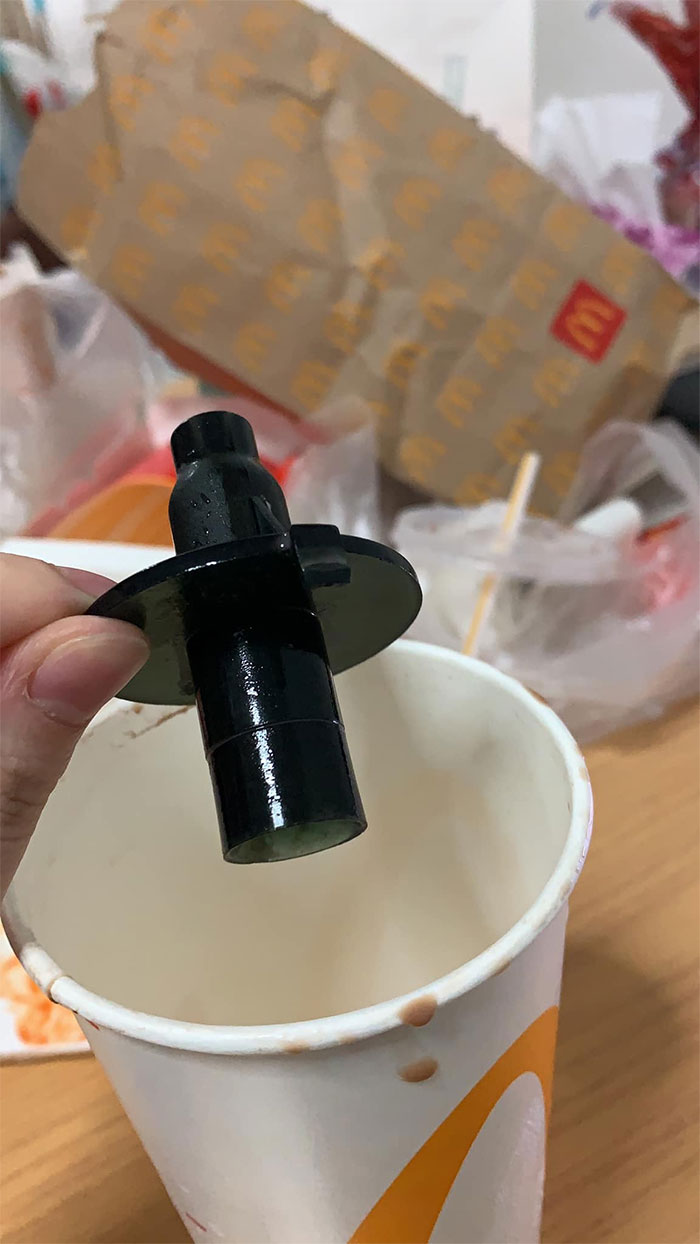 Disgusted by her find, the customer, Yanyan Lok, took to the Complaint Singapore Facebook page to share what she found.

She wrote as her post's caption: "The quality of McDonald's is really getting worse and worse this is really unacceptable😡"

In response to queries from Mothership.sg, the woman said she bought her takeaway food at around 9pm on Tuesday from the McDonald's outlet at Paya Lebar Square.

It was only after she was done with her drink when she noticed a black object inside and opened the lid to check it out.

Lok said: "I really feel disgusted. I didn't think this kind of thing can happen. The object is so big. How did it drop into the cup and no one knows about it."

As the food she bought was takeaway, she did not get a refund on the spot or confront the staff there.

However, she contacted the official McDonald's Facebook page with 81 million likes, via Messenger, by writing: "Can you explain what is this?" 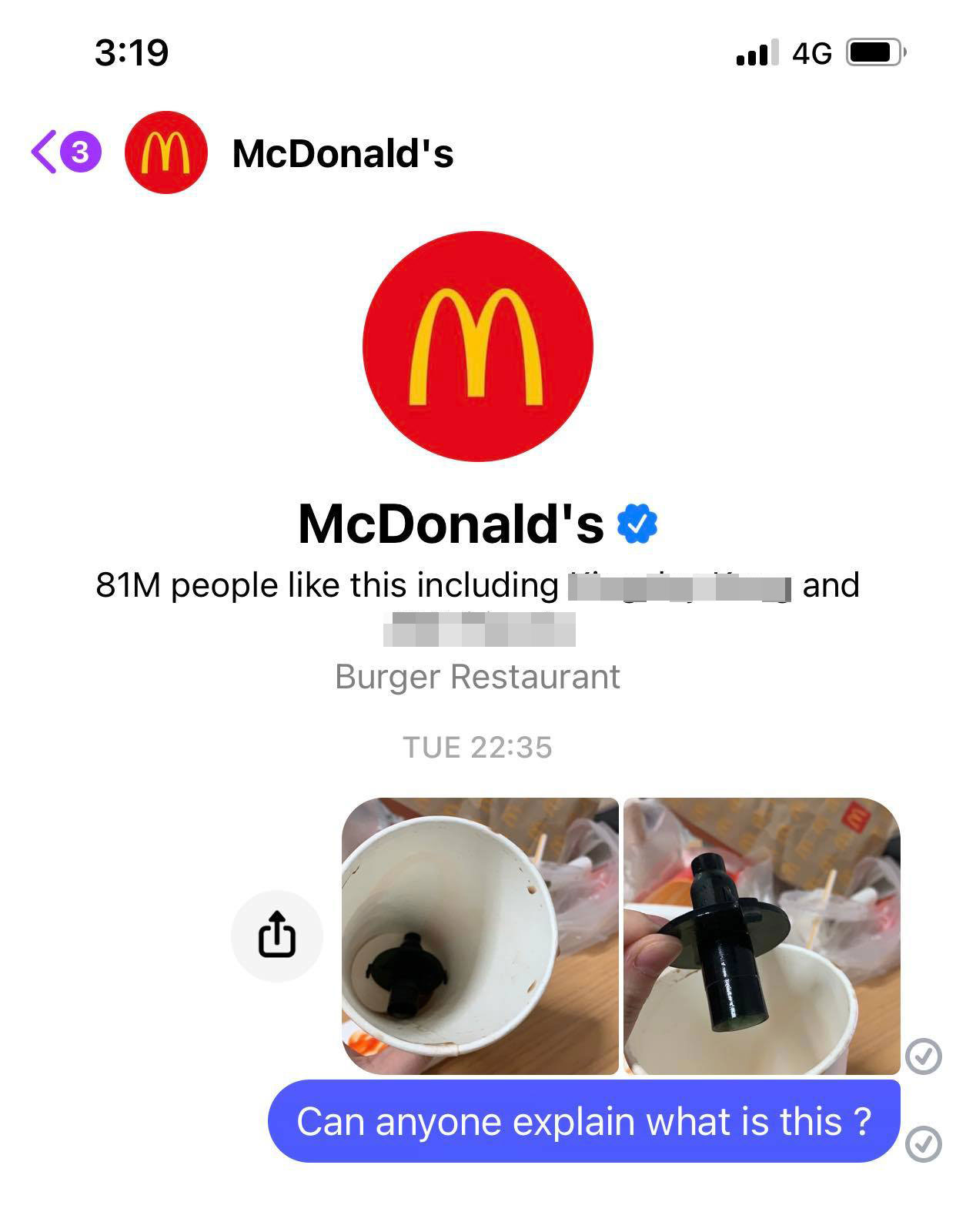 Her message was accompanied by two photos of the the black object and the McDonald's cup.

After about half a day, she said she did not get a response.

Lok also said she threw the black plastic object away and did not keep it.

Asked what she hoped could be done at this point, the customer said she just wanted to hear from McDonald's and be told what the object is.

In response to queries, McDonald's Singapore said: "Food safety is our topmost priority. We are reaching out to the customer, so that our restaurant and quality assurance teams can further investigate the matter. We remain committed to providing a great dining experience for our customers each and every time, be it in our restaurants or as a delivery order enjoyed from the comforts of their home."

All photos via Yanyan Lok