A nature photographer out on a night walk stumbled upon a rare specimen of a leopard cat — Singapore's last remaining species of wild cat.

Tan said that he first spotted the cat around 4m away from him.

It only showed itself for a grand total of six seconds, however. Tan said:

"And as mysteriously as it appeared, it vanished into the vegetation, leaving me speechless and wonderstruck."

He nonetheless managed to capture a series of rare photographs of the critically-endangered animal: 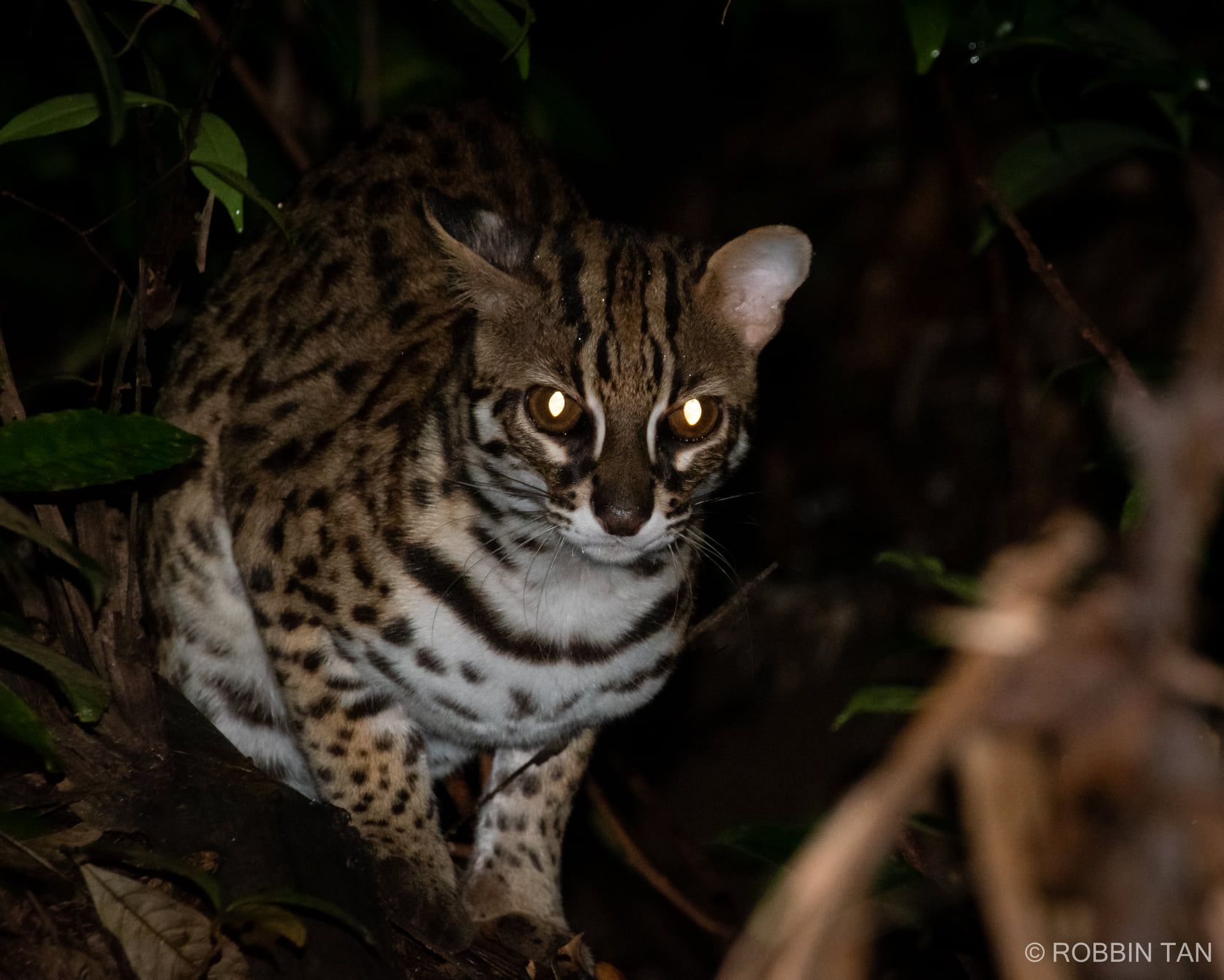 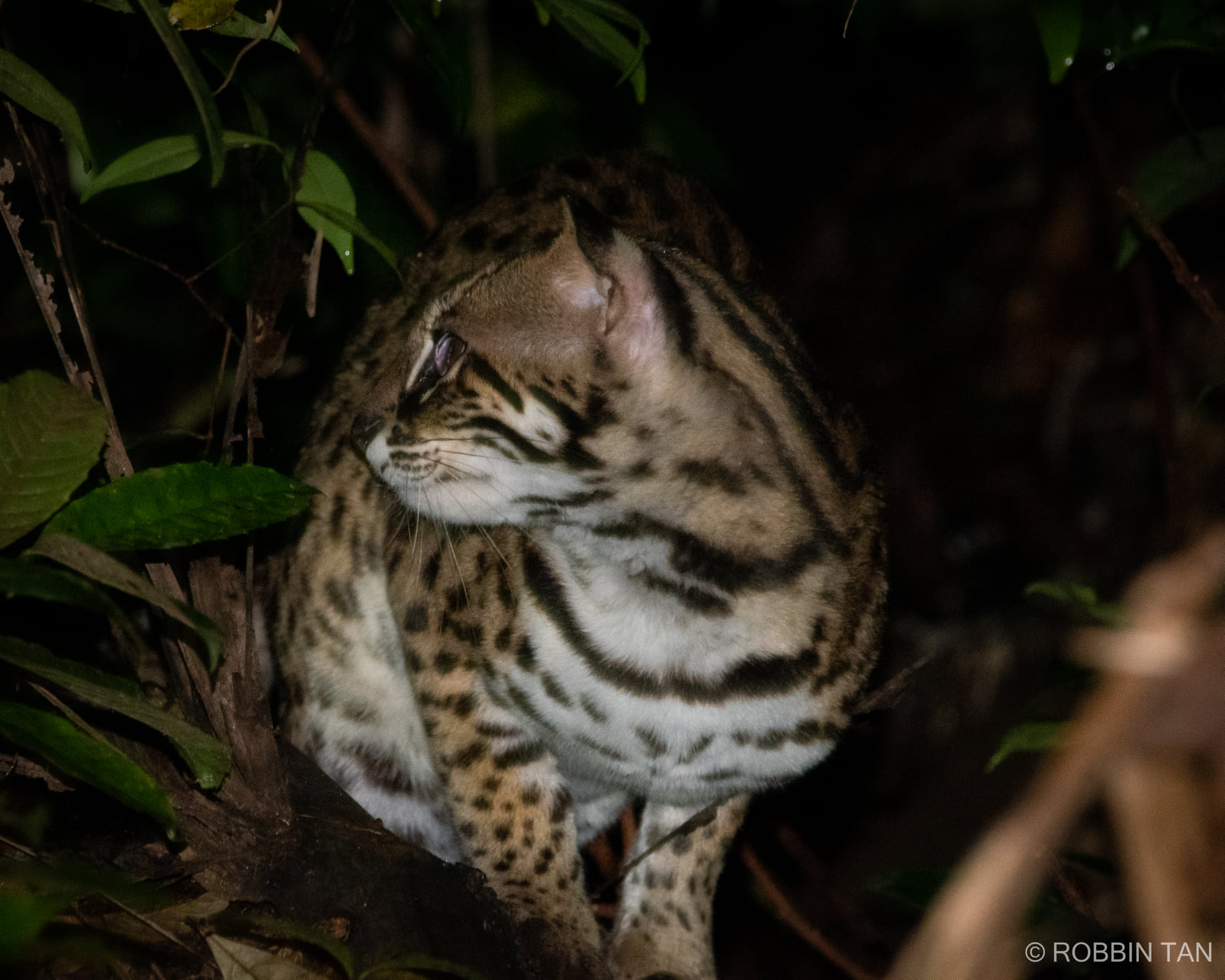 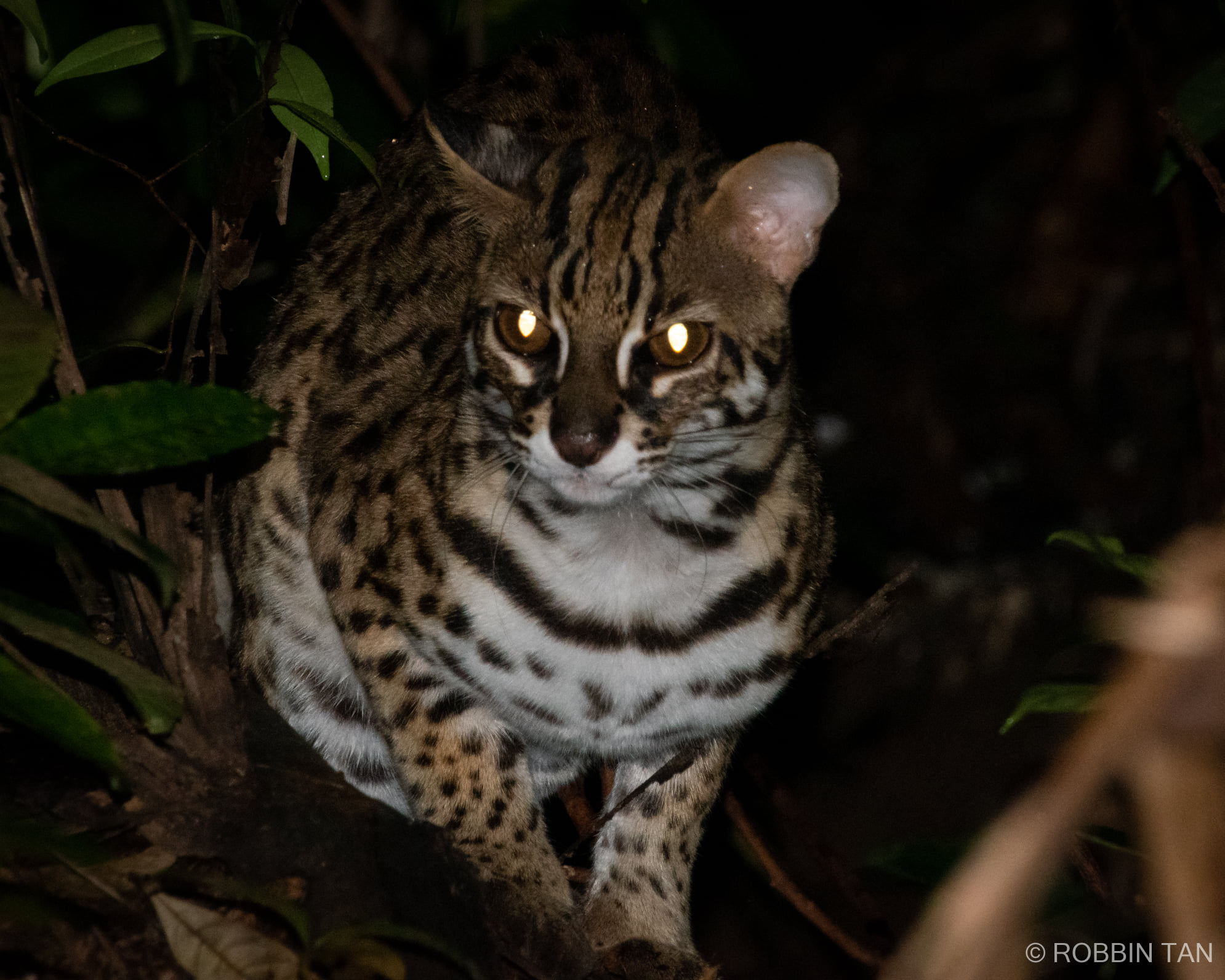 Marcus Chua, a museum officer at the Lee Kong Chian Natural History Museum who has done research on leopard cats in Singapore, told Mothership that Tan's sighting was significant, given the rarity of the cats here.

"Every sighting, especially those with good photos help establish the presence and location of leopard cats in Singapore," said Chua.

"Because no two leopard cats are alike, we can compare images to determine who's who, and hanging out where. This could give us a rough population estimate and track their movement if they are recorded again," he added.

Chua said there have only been three other confirmed sightings of leopard cats this year, none in 2020, and only one in 2019 — though it was unfortunately a roadkill.

A study done by Chua in 2012 estimated that there were no more than 20 leopard cats living on the Singapore mainland.

Since then, biodiversity monitoring by NParks and other groups in the past few years has yielded important information about leopard cats on the main island and on Pulau Ubin, Chua said.

Tan then posted about the encounter on his Instagram page, and on the Singapore Wildlife Sightings Facebook page as well, on Nov. 22.

In his posts, Tan took care to keep the location of the sighting a secret, explaining that this was to protect the cats and their habitat.

He has also submitted details of his sighting to conservation groups, including the Singapore Wildcat Action Group, which seeks to raise awareness of different wildcat species around the world.

In the video, Chua said the small number of leopard cats left on mainland Singapore is due to the lack of forested areas.

Human encroachment on the leopard cat's habitat has resulted in the movement of the animals leading to various incidents of the cats being found after they were killed on the roads.

Chua said more links between forested areas have to be established to allow the safe passage of wild animals, which might not make it alive across man-made areas otherwise.

The leopard cat is about the same size as a domestic cat.

The adult cat weighs about 2kg.

The leopard cat has yellow or reddish brown fur, white underparts and black spots all over.

It also sports white spots on its ears, and distinct black stripes on its head and the back of its neck.

The nocturnal cat spends most of the day in its den, which can be a hole in a tree or cave.

It can climb and swim very well, and it preys on small animals such as rats and birds.

All photos by Robbin Tan