British actor, comedian and writer John Cleese is coming to Singapore to perform his first international show of 2022.

Cleese, 82, is perhaps best known as one of the founding members of the ground-breaking comedy troupe Monty Python.

Cleese was no slouch in his solo projects either, with his sitcom "Fawlty Towers" voted the best of all time by a panel of comedy experts.

He also popped up in a number of movie roles, such as Q in "James Bond":

His performance in Singapore, according to a press release from Live Nation Singapore on Nov. 30, is described as an "intimate show" with a mix of talk and stand-up comedy.

There will also be a question-and-answer session.

The show will be called "Why There Is No Hope", which seems rather apt for the times we find ourselves in.

However, Live Nation members can access an exclusive pre-sale on Dec. 2, 10:00am to 11:59pm via www.livenation.sg. 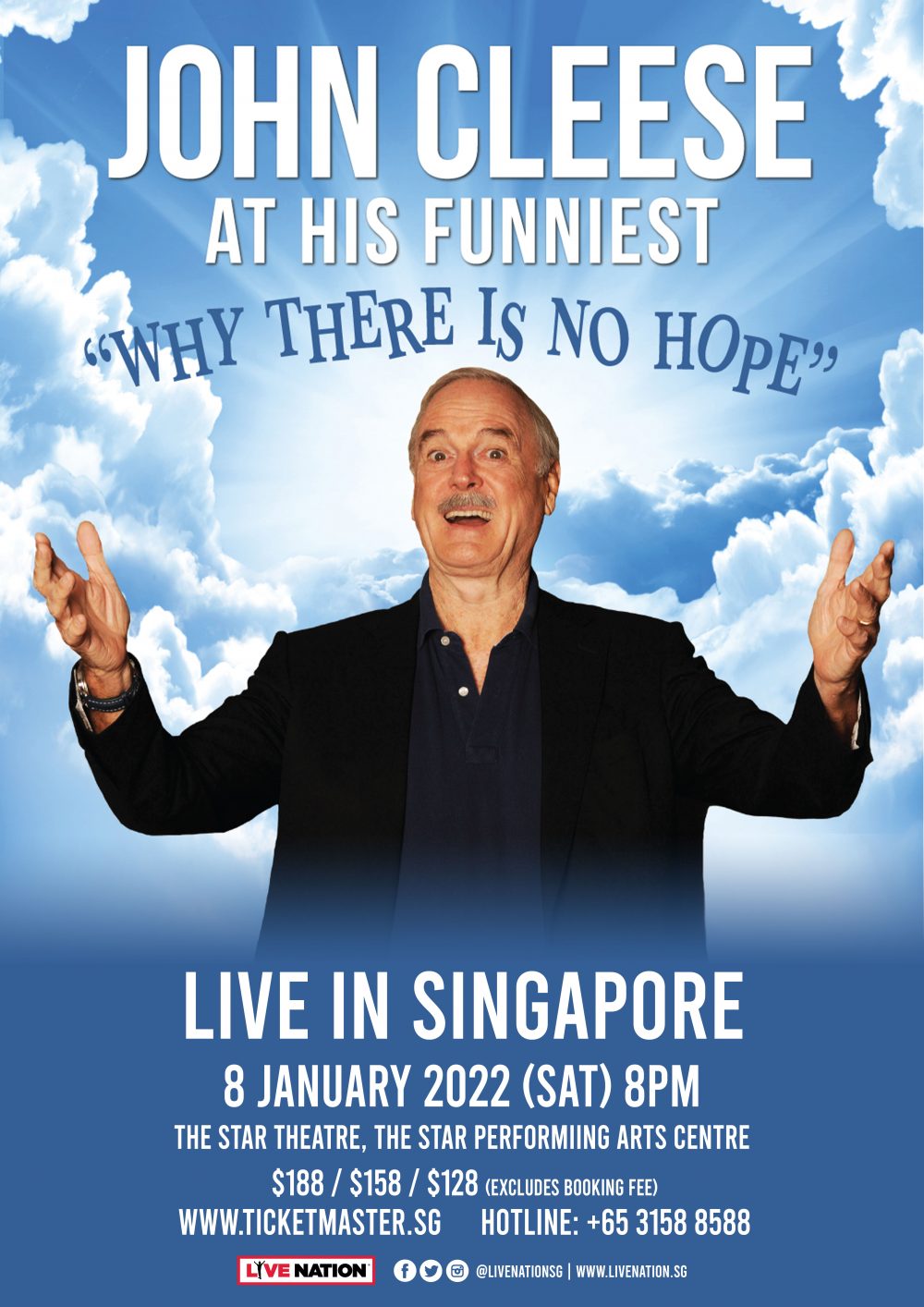