Fans and followers of Joanne Peh would know that the local actress is in the midst of doing up a new nest with husband Qi Yuwu.

While renovations for the house started as early as Sep. 2020 according to 8 Days, works have yet to be completed more than one year later.

The couple had faced difficulties along the way due to pandemic-induced lockdowns, but it seems like a bigger issue has arisen.

In an Instagram post on Nov. 12, Peh, 38, insinuated that she had been conned by a renovation contractor. 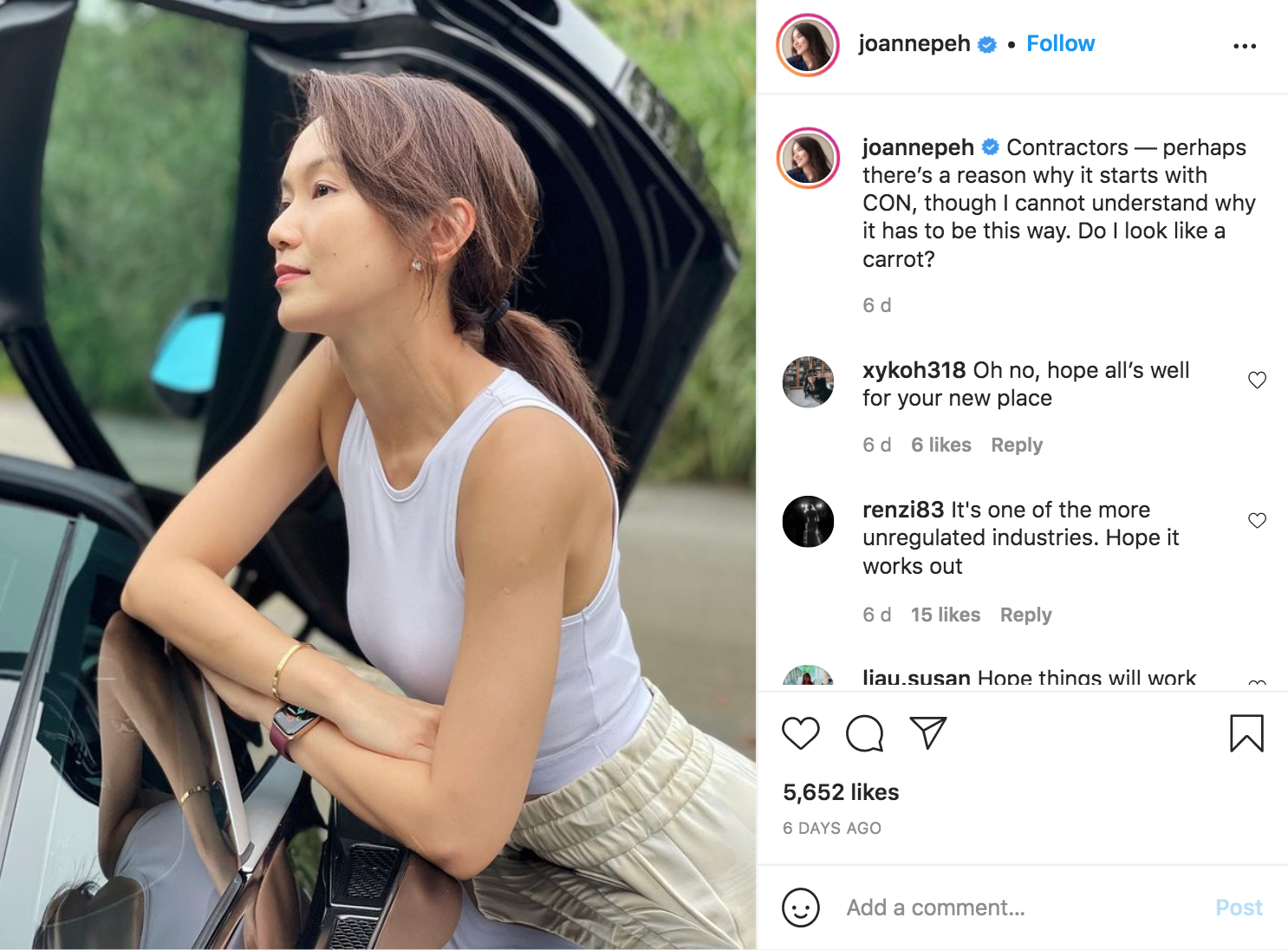 "Contractors — perhaps there’s a reason why it starts with CON, though I cannot understand why it has to be this way. Do I look like a carrot?"

Note: The term "carrot" alludes to a situation where the customer has been "chopped," or charged excessively and unfairly for a service or product.

Peh, however, did not name names or elaborate on the specifics of her circumstances.

Instead, she called for more regulation and greater transparency in the industry, after a good number of social media users commiserated with her: 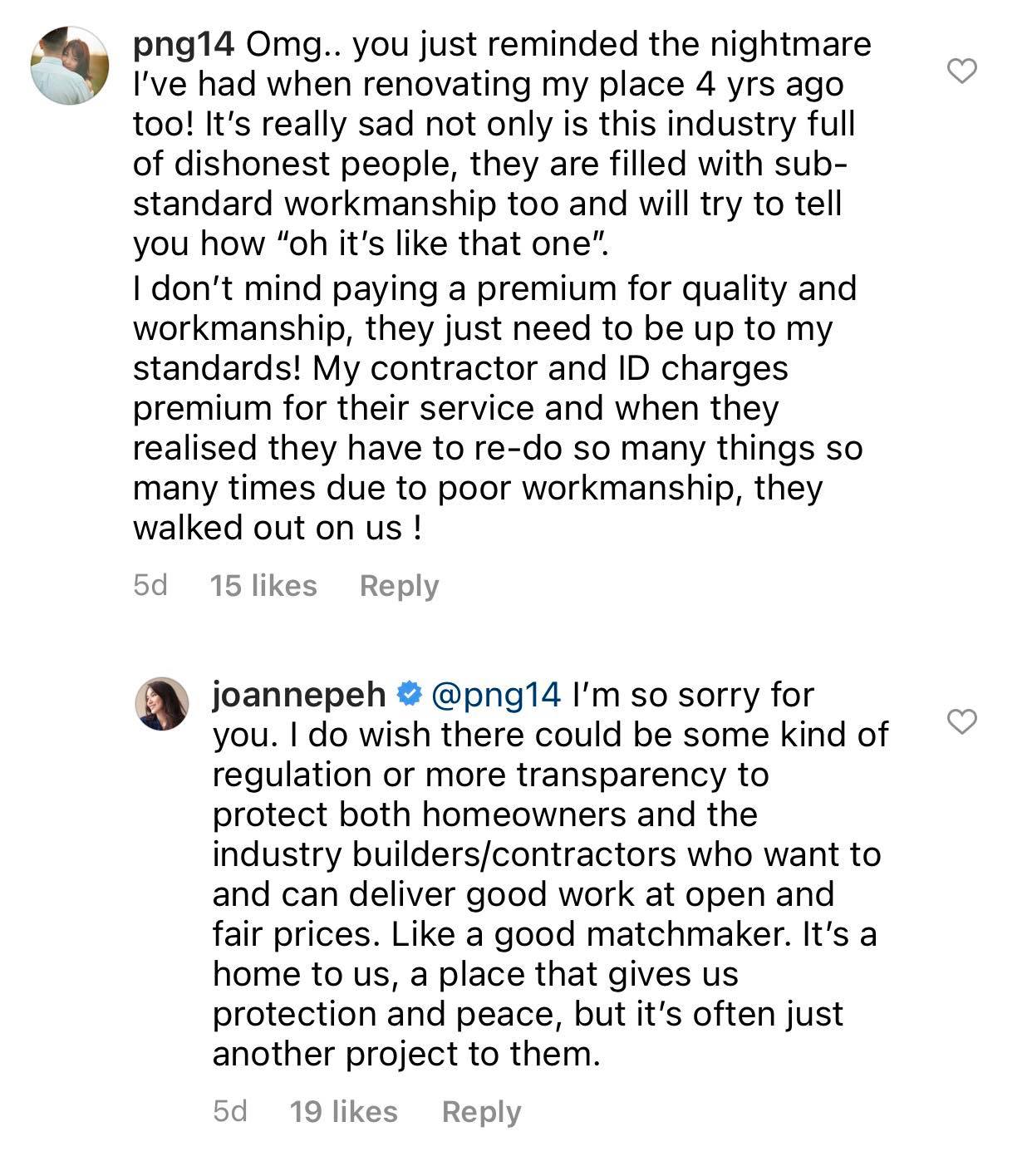 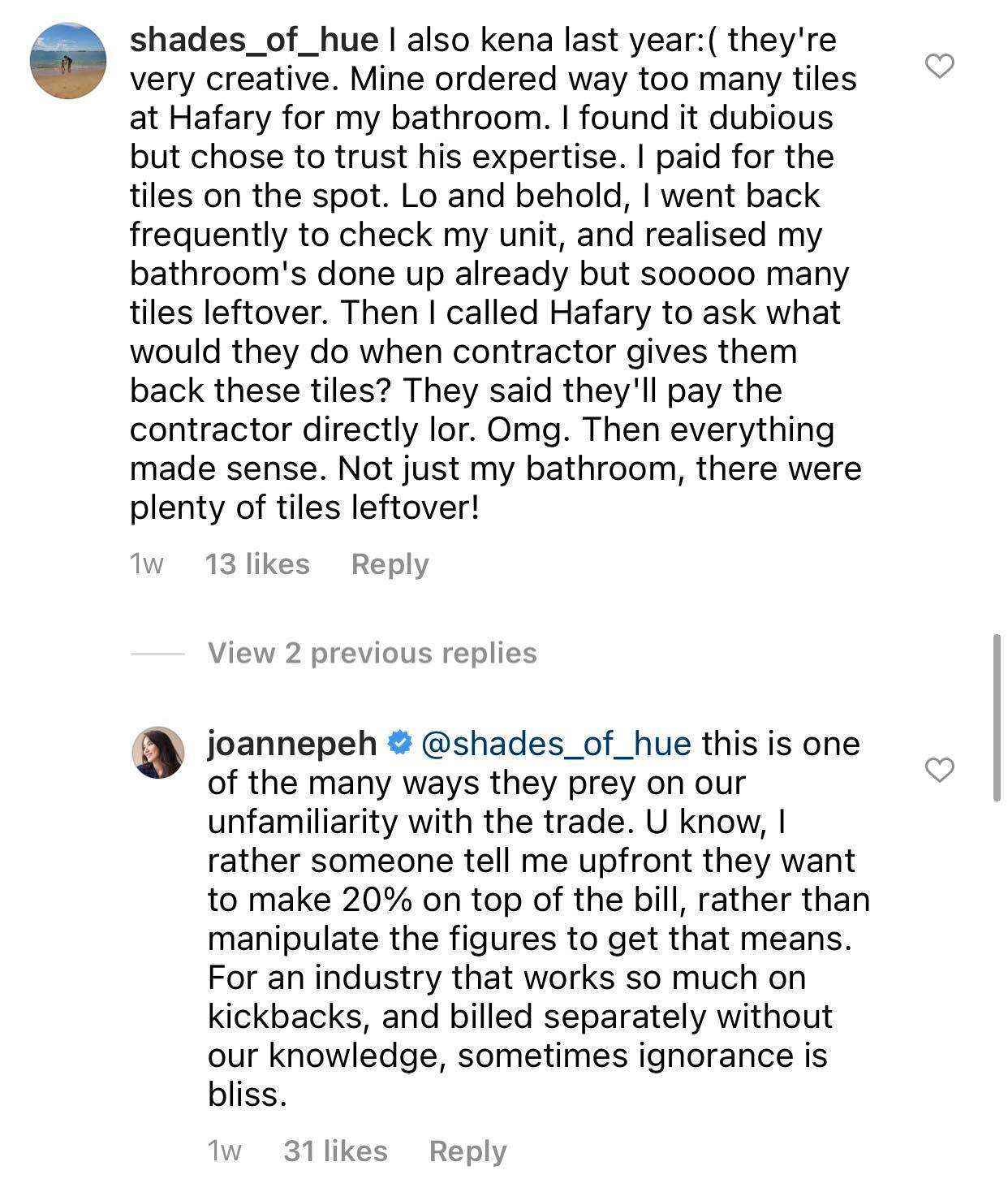 The actress also clarified that she was not painting all contractors with the same brush, and as with any industry, there are "bad eggs" that bring down the good ones. 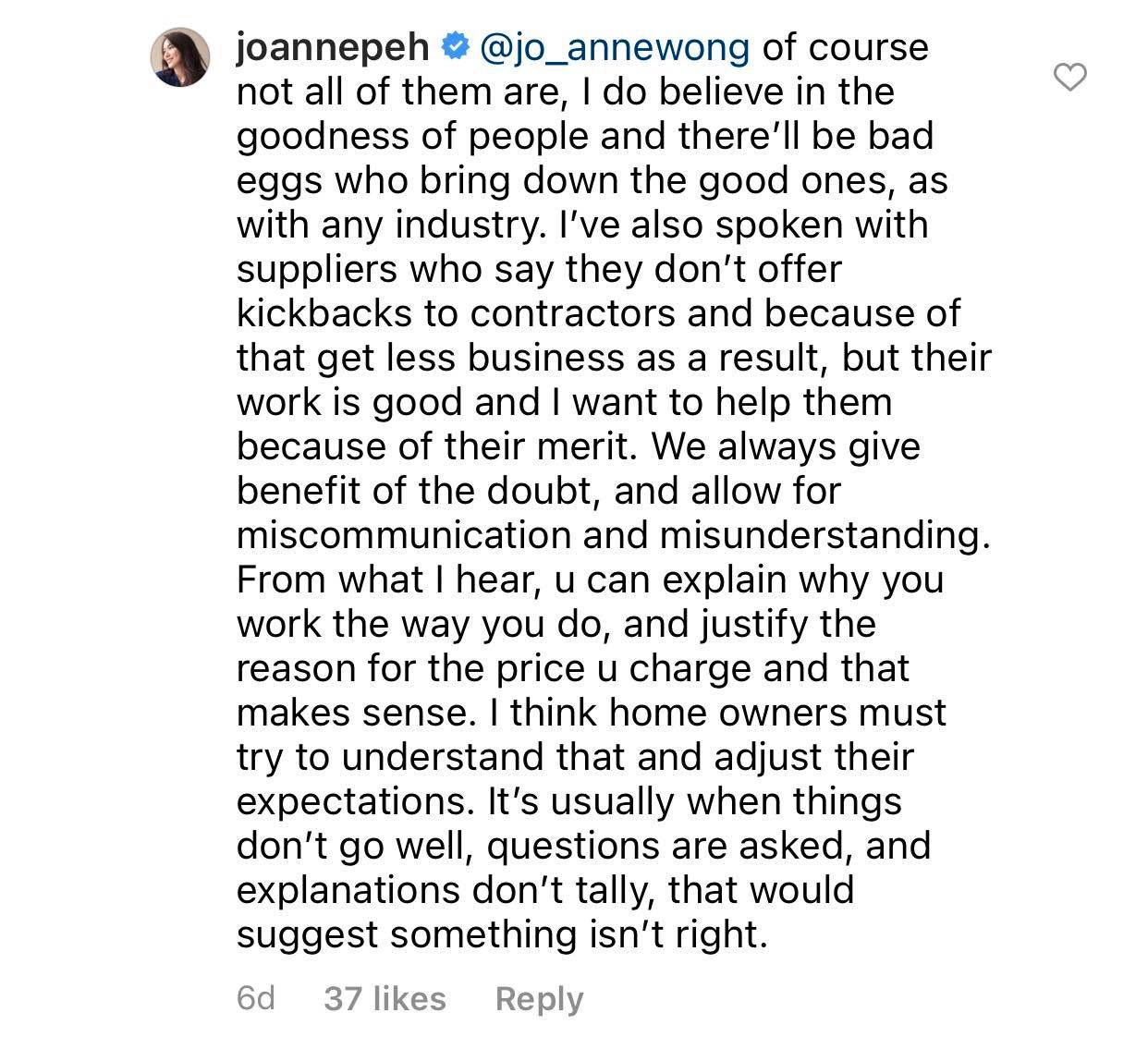 Although most users spoke up to share their own experiences, one particular commenter accused Peh of generalising all contractors due to her personal encounter.

Peh then replied to the commenter, saying that he was "gaslight[ing]" (invalidating) her circumstances, since her side of the story was not presented.

The exchange went on for quite a bit: 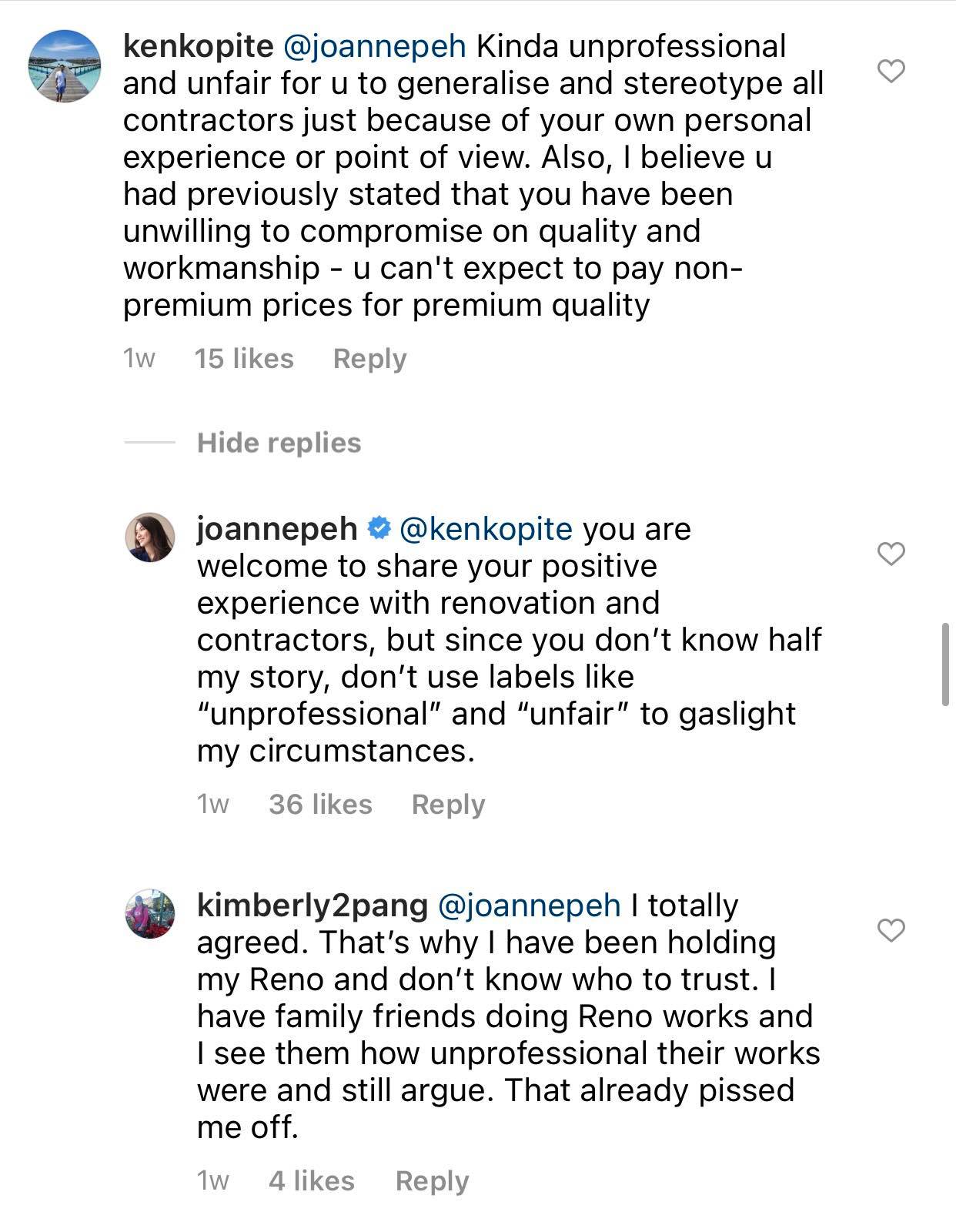 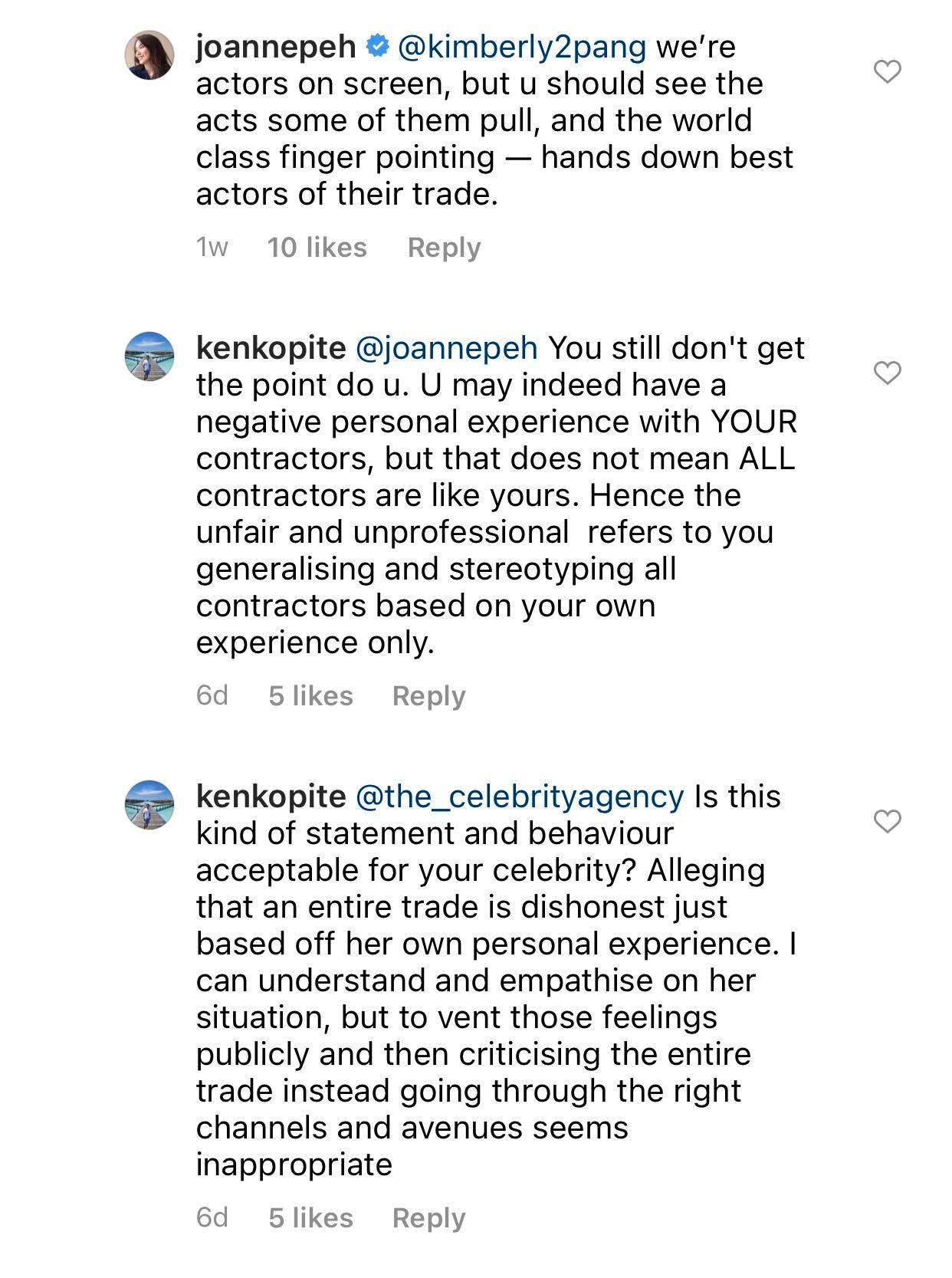 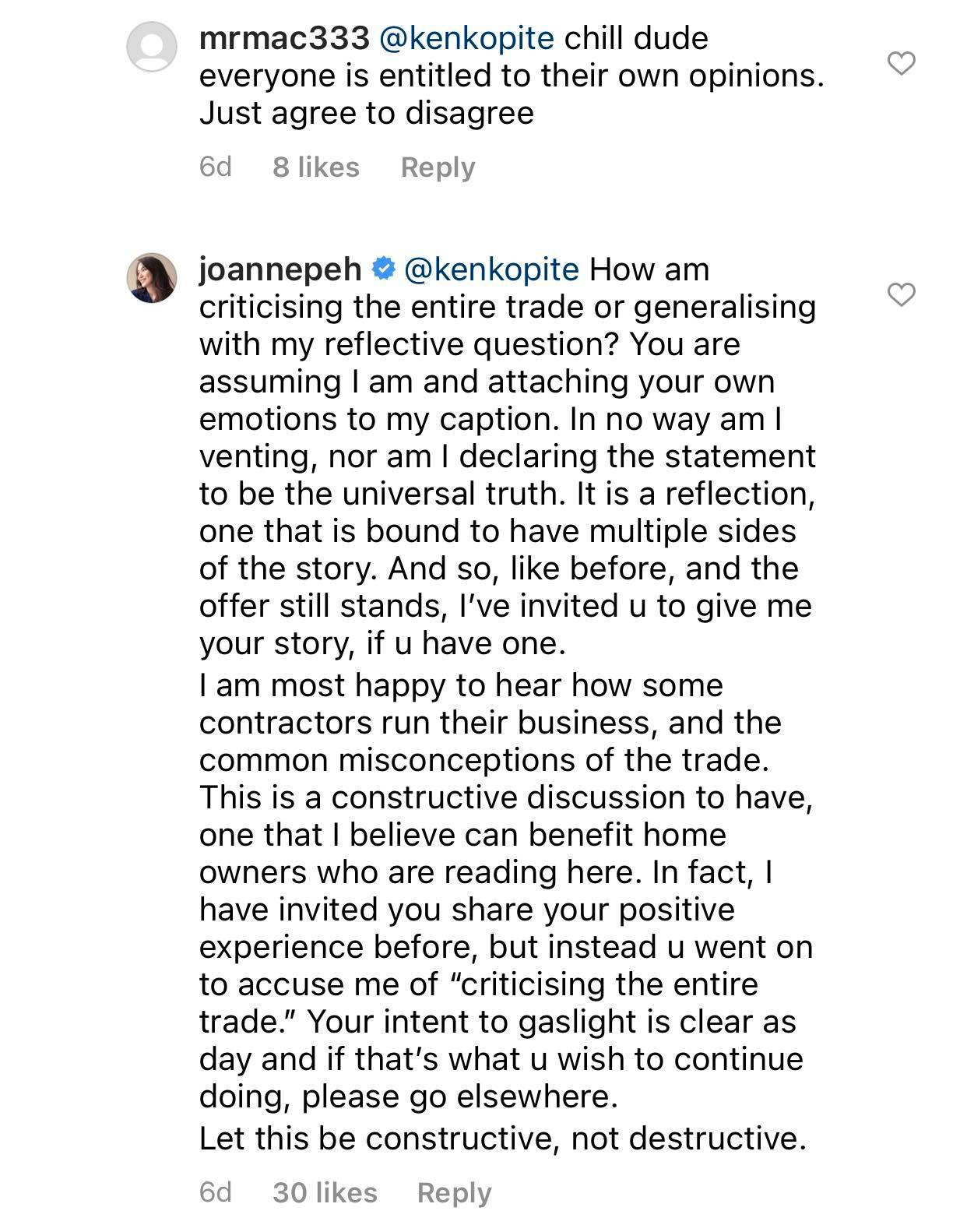 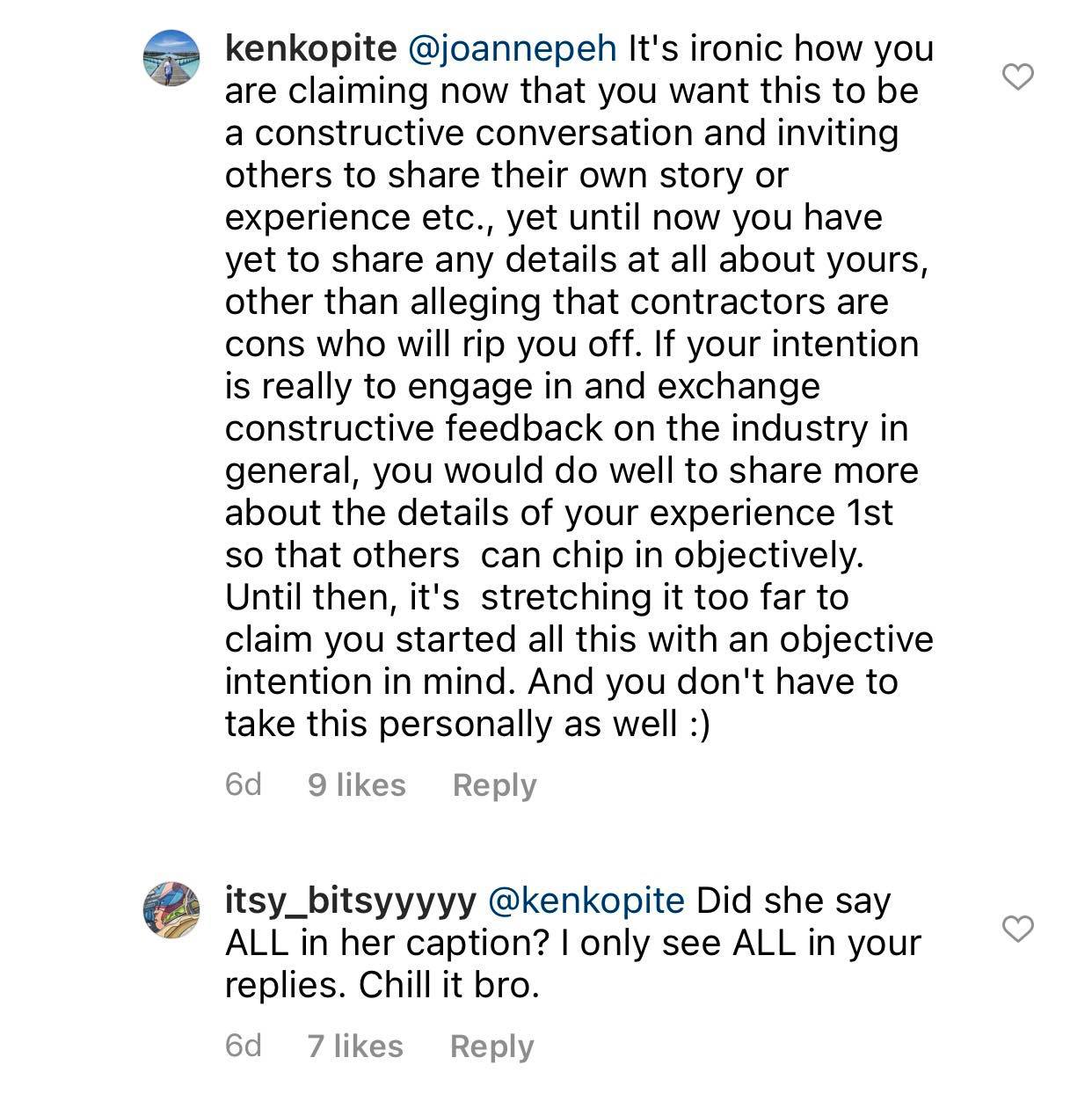 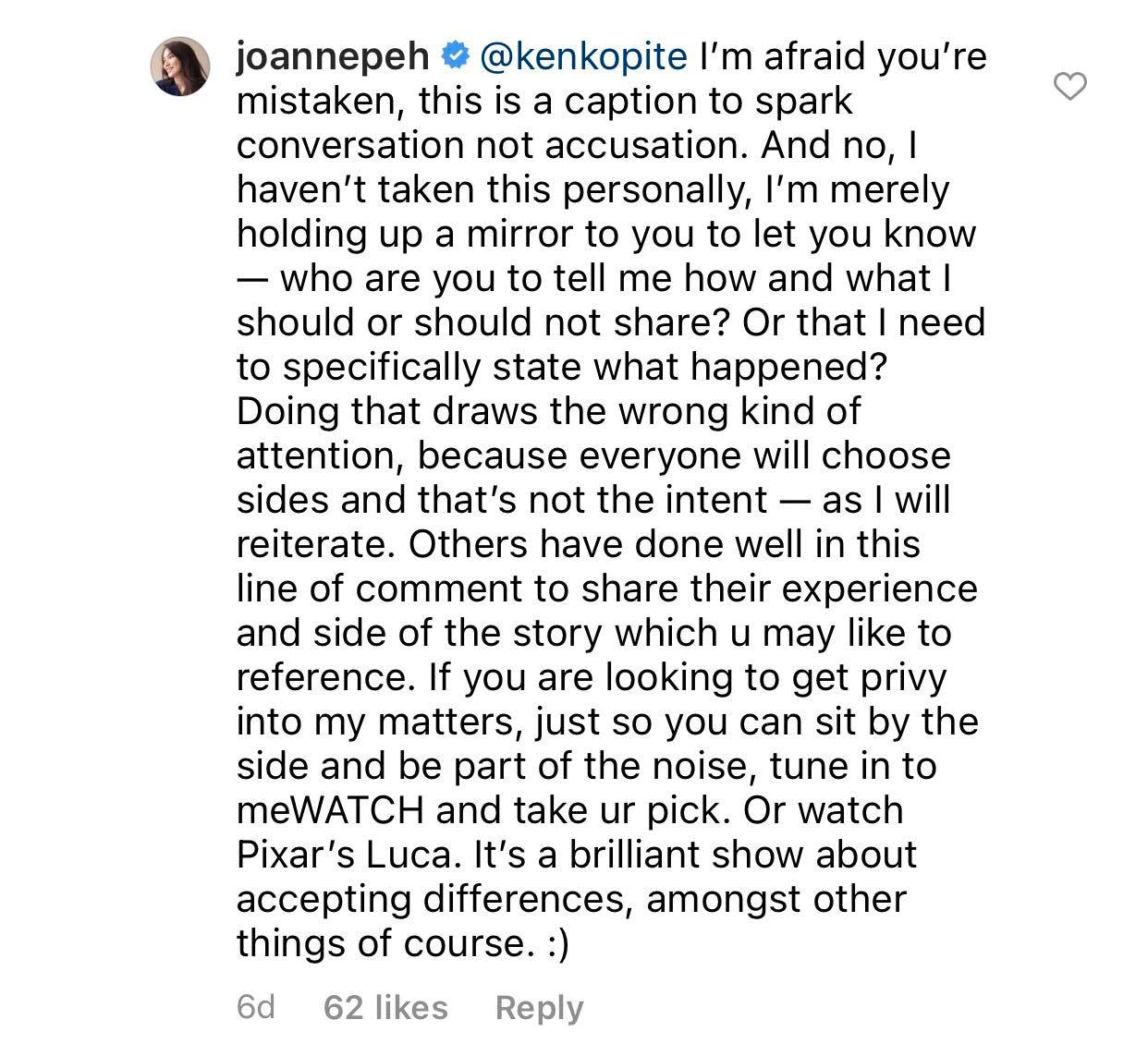 "Where there is a problem, there is an opportunity for that to be addressed and for communication to be improved for all parties. That remains my intent."