An elderly man got creative while at a Singapore coffee shop recently as he was spotted drawing on the table using a leftover drink.

A video of him creating his artwork was put up on Facebook on Nov. 13.

As seen in the clip, the man dipped his teaspoon into a cup holding remnants of what used to be hot beverage and using the liquid as ink. 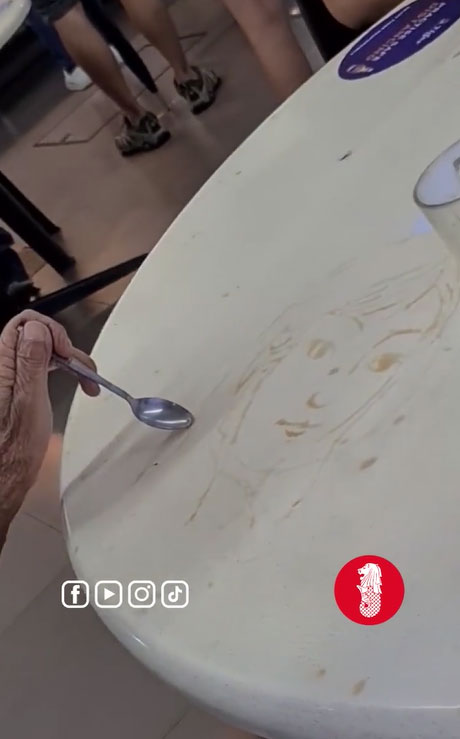 What artist sees (photo adjusted according to perspective): 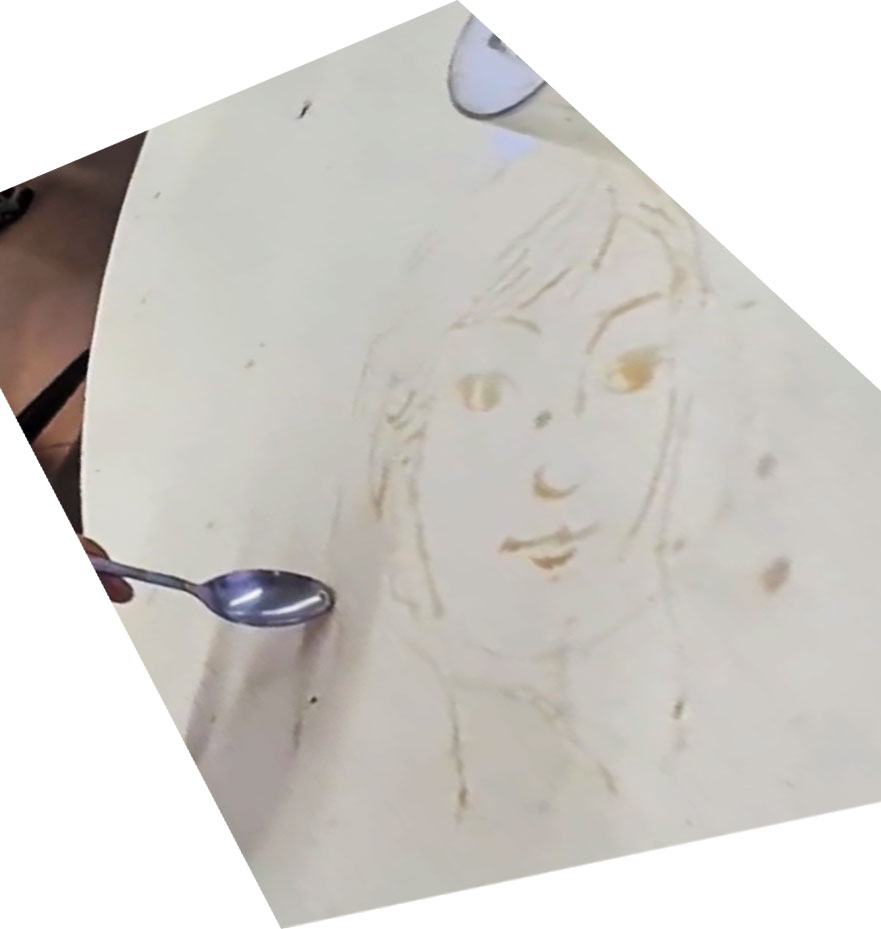 And if you find the style of art familiar, that is because this is the same twig art artist who resides in the Pek Kio area in Farrer Park.

Known as Uncle Thien, the 78-year-old is well-known in the area for creating temporal pieces of art on the ground, which would then be ravished by the elements, as the wind would blow his works asunder.

Uncle Thien became popular on the internet after he was spotted by members of the public working on his art, who then shared his creations online.

He uses crisp, clean lines for his minimalist drawings, which are, contrary to popular belief, not just always one type of face.

He also does drawings on paper.

Asked about his take on the creation and destruction process of his art and if he is sad each time it gets destroyed, Uncle Thien said: "No, because there are different patterns that you can create. Sometimes you create something nice, but when the wind comes it's gone."

Responses to his coffee shop table artwork were mostly encouraging, with some voicing hygiene concerns.

This pertains to the use of a spoon and leftover drink that might contain traces of the drinker's saliva.

Moreover, Uncle Thien's art comes in the wake of the implementation of the recent return your tray initiative, which is a measure to make tables at public eateries cleaner by having diners clean up after themselves.