A community cat in China compelled its human subject to do its bidding by staring intently until it got its way.

A video put up on Sina.cn on Nov. 18 showed the cat sitting on a chair looking directly at a Covid-19 test swabber in full personal protective equipment, who then proceeded to touch the cat as if carrying out a swab test.

The venue was apparently in a university in Chongqing where staff and students were required to take the Covid-19 nucleic acid amplification test (NAAT).

The clip was accompanied by a short caption to provide context to the situation.

The caption said the cat is a known community cat in the school.

According to the student who witnessed the incident, the cat took the initiative to run to empty seat when no one was around at that time and sat on it. It then proceeded to stare intently at the swabber.

The swabber could only stare back in return.

In response to being stared at by a cat, the swabber then felt obligated to extend the Covid-19 swab test to the animal by gently using a swab to boop the cat on the nose. When that happened, the cat, it was witnessed, actually extended its head for the swabber to touch it, according to the student who saw how the cat reacted.

After which, the cat ran away, seemingly satisfied it had been checked.

The caption added that the student said: "He is an outstanding graduate of the college for cats."

And to give people the satisfaction of seeing the face the cat gave, one photo revealed what the cat looked like when it stared at the swabber. 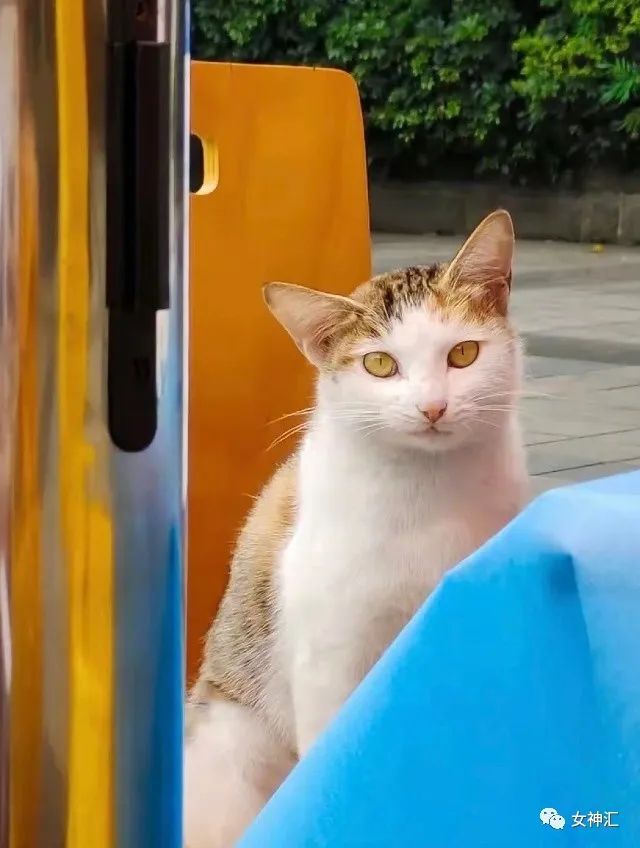 No wonder its demands were irresistible.