A passenger cautiously alighted from a bus while holding on to the grab poles, only to end up falling onto the road after the bus doors closed on her.

Footage of the incident was captured on camera and circulated online.

The passenger had just put one foot down on the kerb when the doors began to close.

Noticing this, the passenger pounded on the door, to no avail, and ended up getting pushed into the gap between the kerb and the bus.

The passenger's left leg remained pinned between the bus doors for a while, before the doors opened. 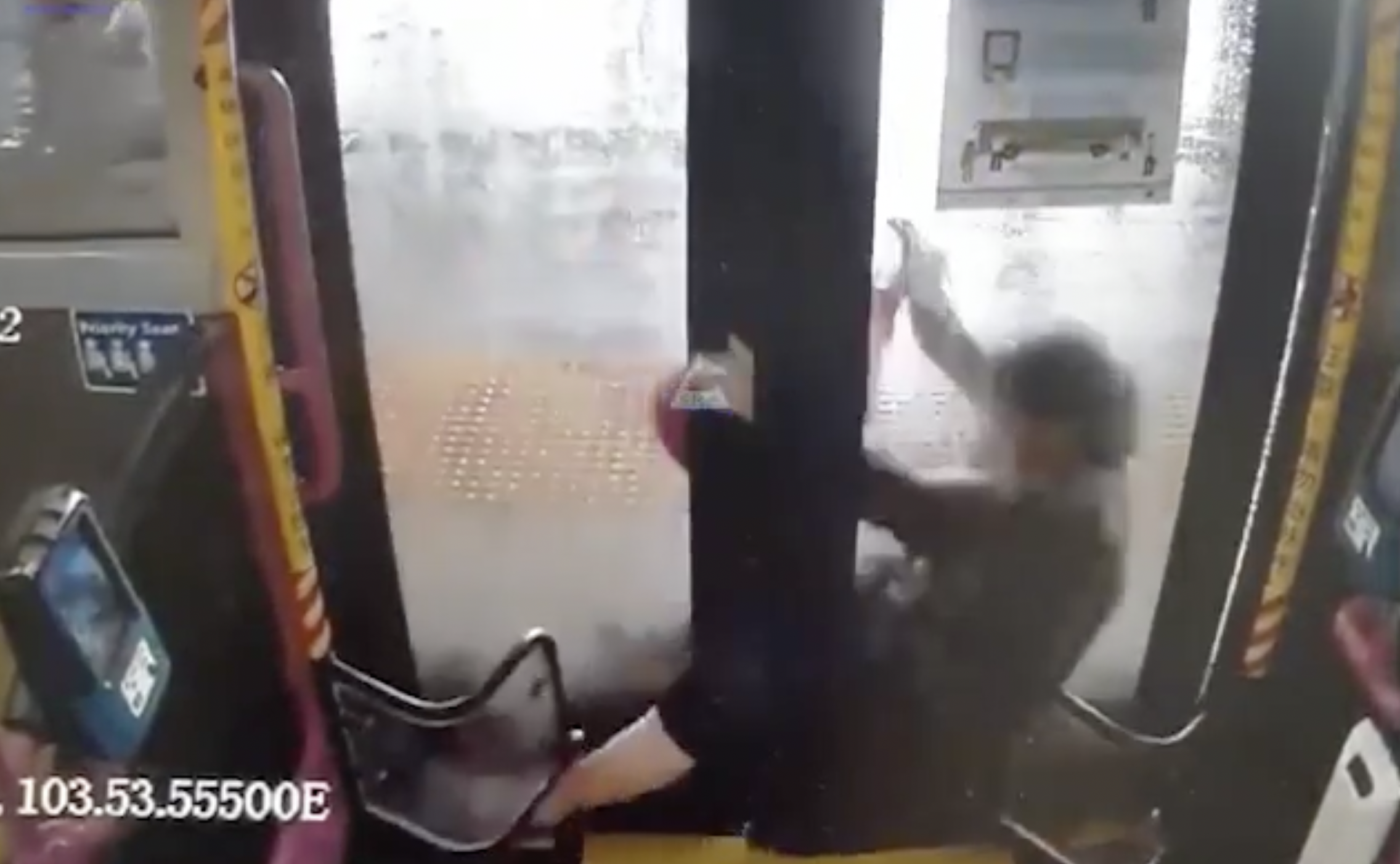 Two bus drivers in SBS Transit uniforms then came to her aid. "The actions of our Bus Captain are most unacceptable. It is fortunate that the lady wasn't seriously injured and received outpatient hospital treatment at the hospital.

We are in touch with her family to extend our care and concern and have offered our assistance too. We do wish her a speedy and complete recovery. Meanwhile, we have taken strict disciplinary action against the Bus Captain and will be monitoring his performance closely."